HOCKEY EAST PLAYER OF THE MONTH Mueller picks up her second consecutive Player of the Month award, and third this year, after once again leading Hockey East with seven goals, 11 points, three game-winning goals, and 48 shots on goal in nine games. The sophomore ended the month on a five-game goal scoring streak. Mueller also set up two other decisive tallies, helping Northeastern to a 7-1-1 month by factoring in on five of their seven game-winning goals

PRO AMBITIONS ROOKIE OF THE MONTH Kuoppala is tabbed Pro Ambitions Rookie of the Month for the second time in 2020, helping Maine to the Hockey East semifinals with five goals and nine points. The Black Bears' freshman led all league rookies in goals (5), points (9), points per game (1.12), shots on goal (44), and shots on goal per game (5.50) during the month of February. She recored at least one point in seven of her eight outings, including a two-point outing that saw her tally the game-winning goal in double overtime to lift seventh-seed Maine over second-seed Boston University on the road.

HOCKEY EAST GOALTENDER OF THE MONTH Boutilier returned from injury to play a crucial role in backboning the Wildcats to their first appearance in the Hockey East semifinals since 2010. Boutilier's .969 save percentage was tops among all NCAA goaltenders who played at least 75% of their team's minutes in February, while her 0.99 goals against average was second in the country. The redshirt sophomore led all league goaltenders in goals against average (0.99) and save percentage (.969), allowing just seven goals and making 214 saves, second-most in Hockey East during the month. Her two shutouts tied for the league lead, including a 35-save blank sheet on the road in the Hockey East Quarterfinals to lift #6 New Hampshire into the semifinals. 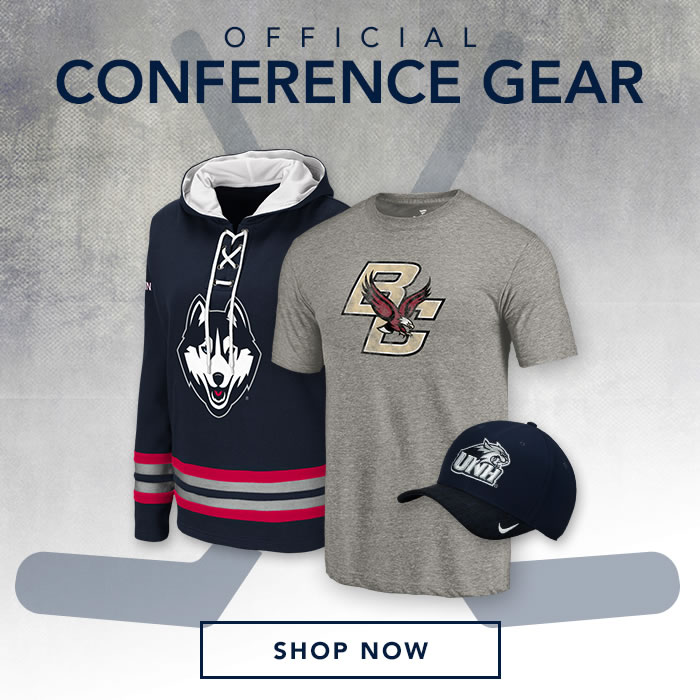