The season may have been delayed but college hockey has come back strong as evidenced by some truly outstanding early season performances. The first batch of honorees and runners-up hail from seven different countries.

Weissbach went 5-5-10 in eight games for the Badgers in November. He had four multi-point games in that stretch and had 19 shots on goal as Wisconsin went 4-4 in Big Ten play. 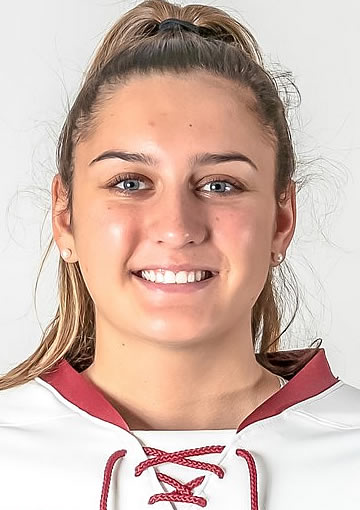 Roy led all national womenâs players with seven points (tied) and four goals in the month of November and was the only womenâs player to record a hat trick in the seasonâs opening month. Roy started her career with a four-goal game in Boston Collegeâs 6-2 season-opening win at New Hampshire and finished her first month of play with 4-3-7 in four games.

Bronte averaged 1.5 points per game for the Chargers, going 0-3-3 in two non-league contests at Robert Morris. For his efforts, he earned WCHA Rookie of the Week honors.

Kaltounkova has gotten off to a hot start with a point-a-game through her first four contests, including two goals in a 3-1 win over then No. 5 Clarkson.

LaFontaine backstopped Minnesota to two Big Ten sweeps (Penn State and Ohio State) in November. He enjoyed a GAA of 1.00 and a save percentage of .961 in stopping 98 of 102 shots. His 4-0 record included a 2-0 shutout over Ohio State to finish the month.

Bench led the Gophers to a 3-1-0 record during the month of November. She earned back-to-back WCHA Goaltender of the Week awards after backstopping the Gophers to a season-opening series split against Ohio State, including a 36-save shutout in her Gopher debut, and combining for 57 saves on 60 shots in a road sweep over Minnesota Duluth. Bench led WCHA goaltenders with a .962 save percentage, 1.26 goals against average, 126 saves, 131 shots faced, three wins, and a .750 winning percentage.