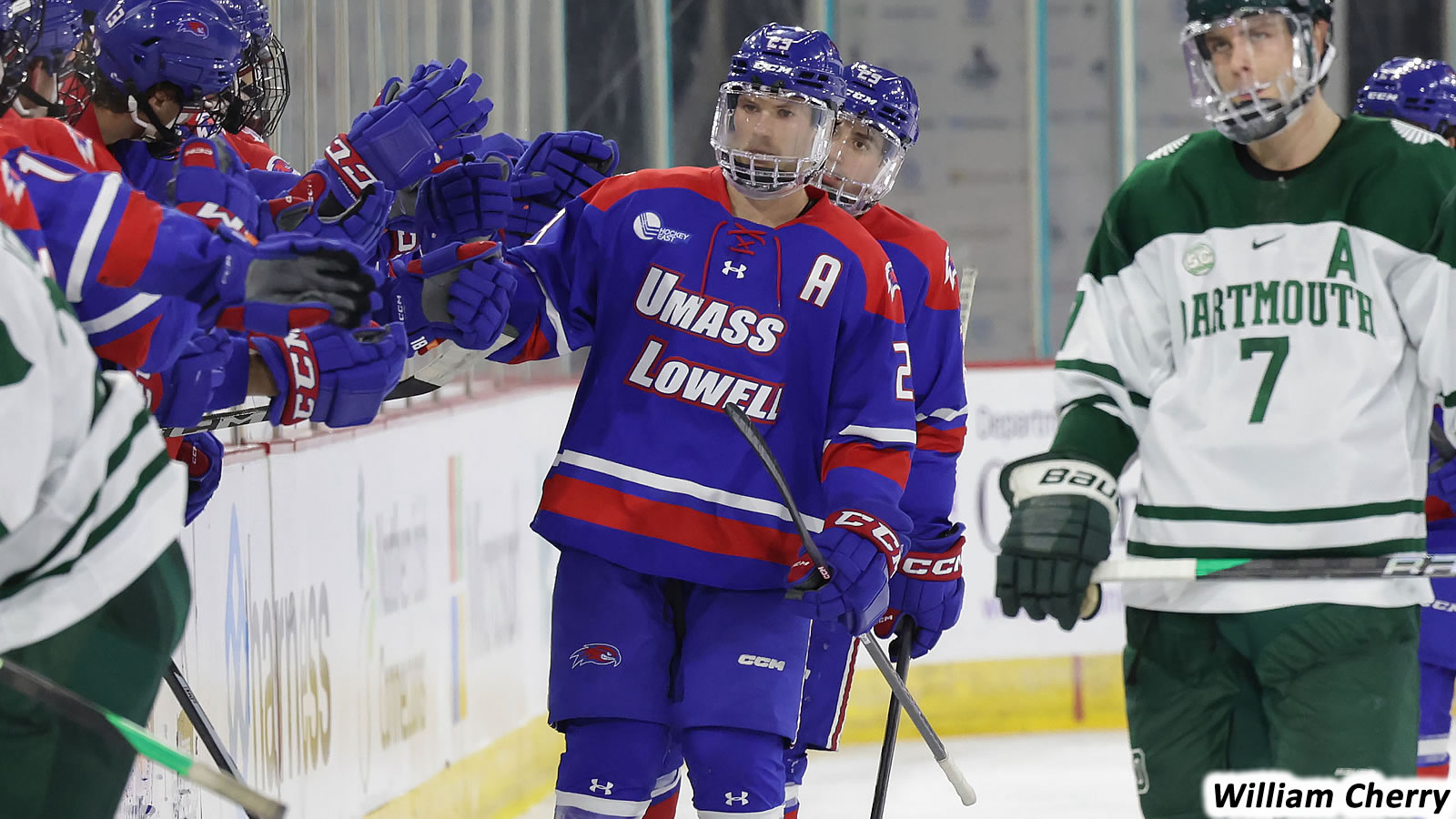 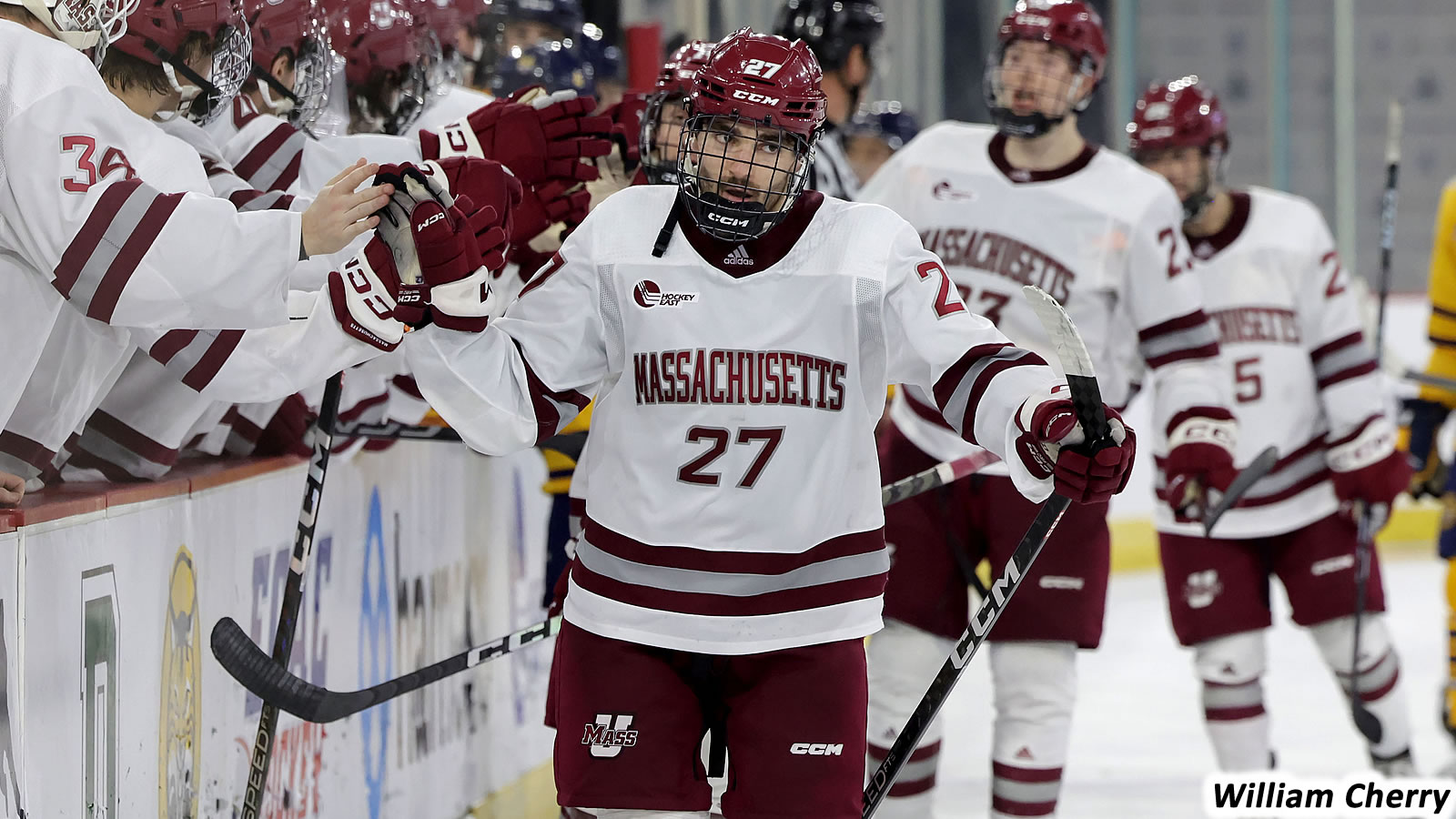 Freshman forward Michael Cameron scored the game-tying goal for the Minutemen
Massachusetts Ties Quinnipiac, 2-2, In Friendship Four Title Game; Bobcats Earn Belpot In Shootout
Recap Box Score
Freshman forward Michael Cameron scored at 16:17 of the third period to lift Massachusetts into a 2-2 tie with Quinnipiac in the Friendship Four title game on Saturday. The Bobcats earned the Belpot with a 1-0 shootout win. 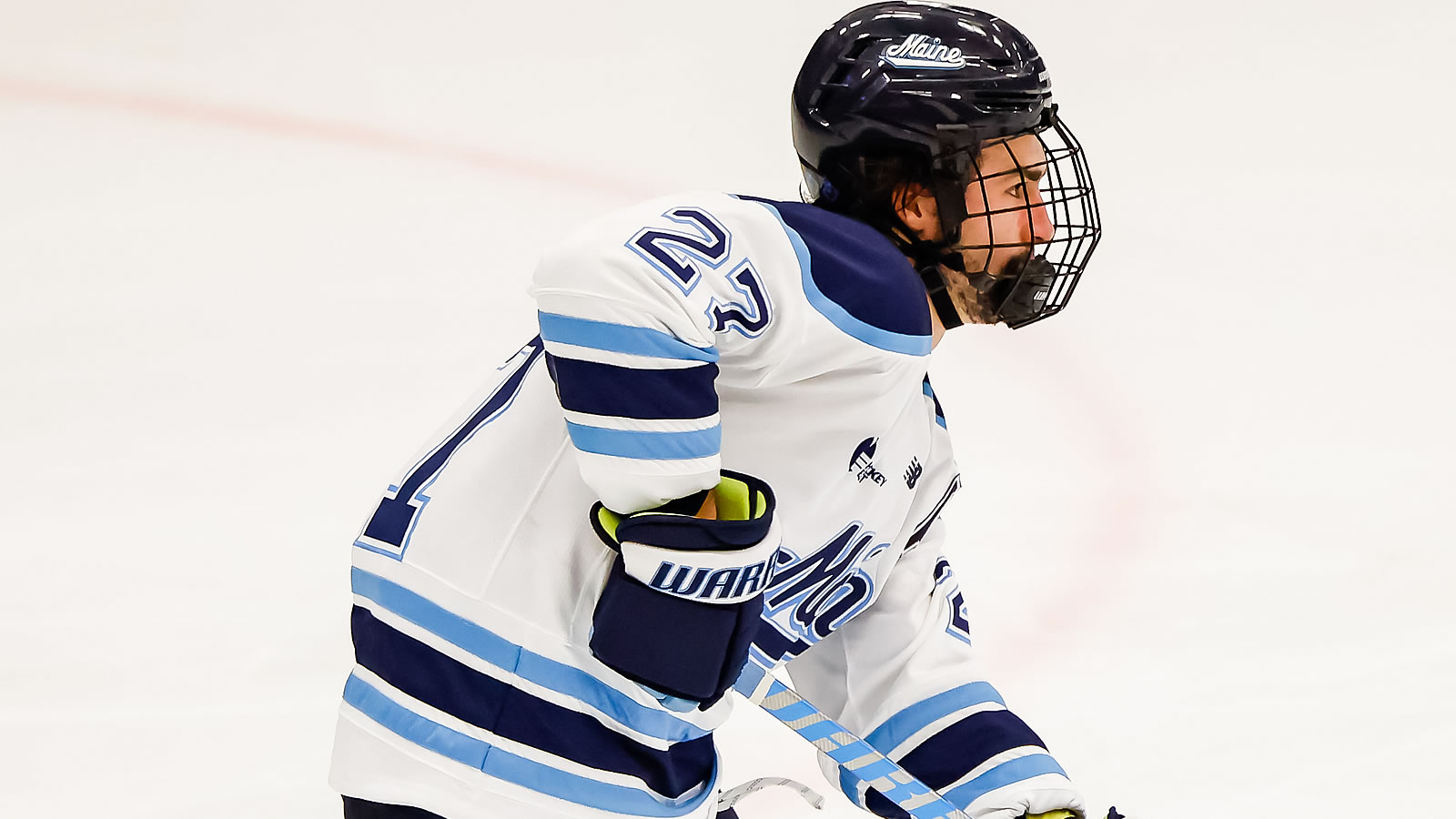 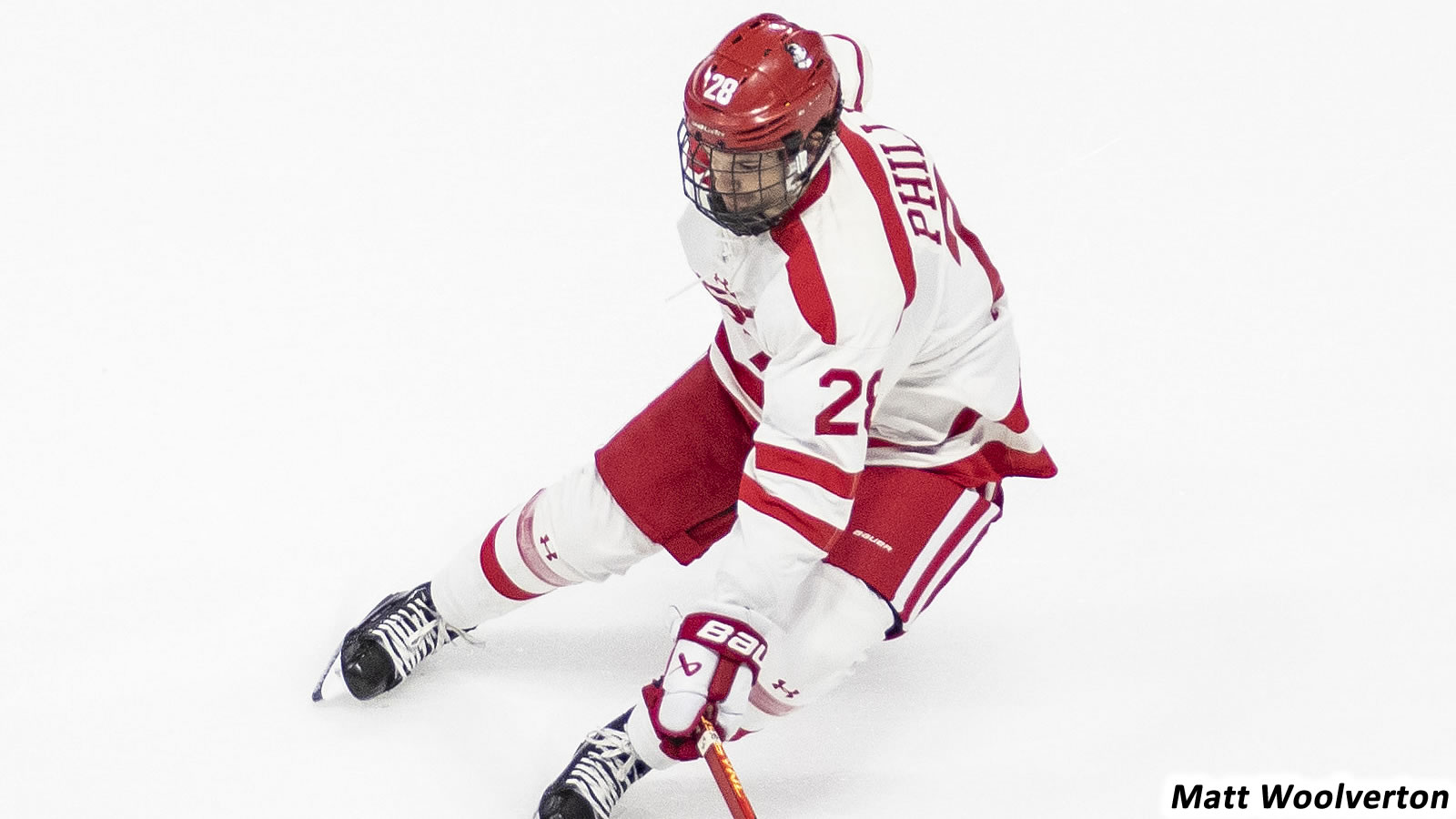 Senior forward Ethan Phillips had a goal and an assist for the Terriers
Boston University Falls To US Under-18 Team In Exhibition, 6-5, In Overtime
Recap Box Score Highlights
Senior forwards Ethan Phillips and Matt Brown each had a goal and an assist but Boston University was defeated by the US Under-18 Team, 6-5, in overtime on Saturday at Agganis Arena. 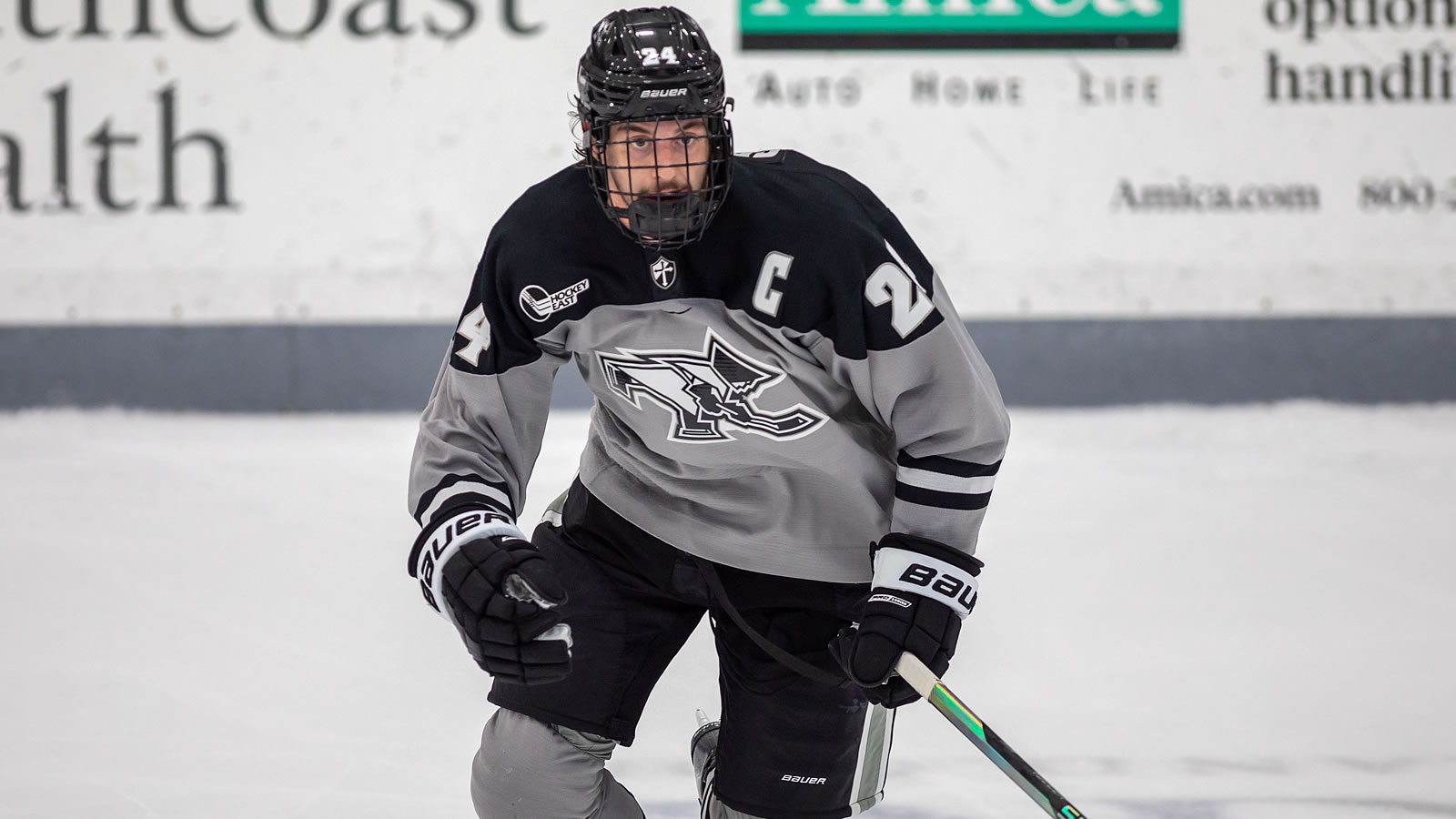 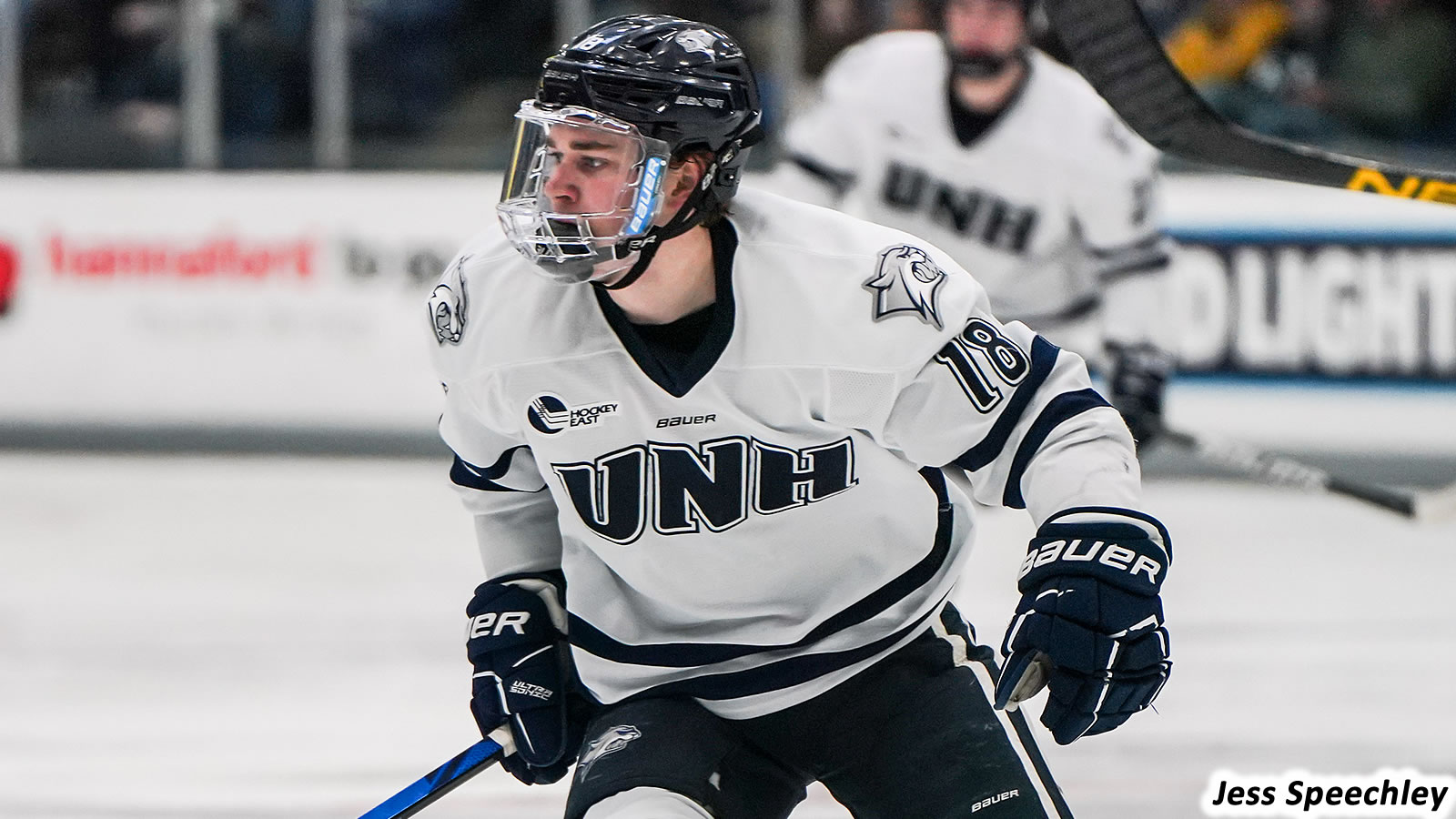 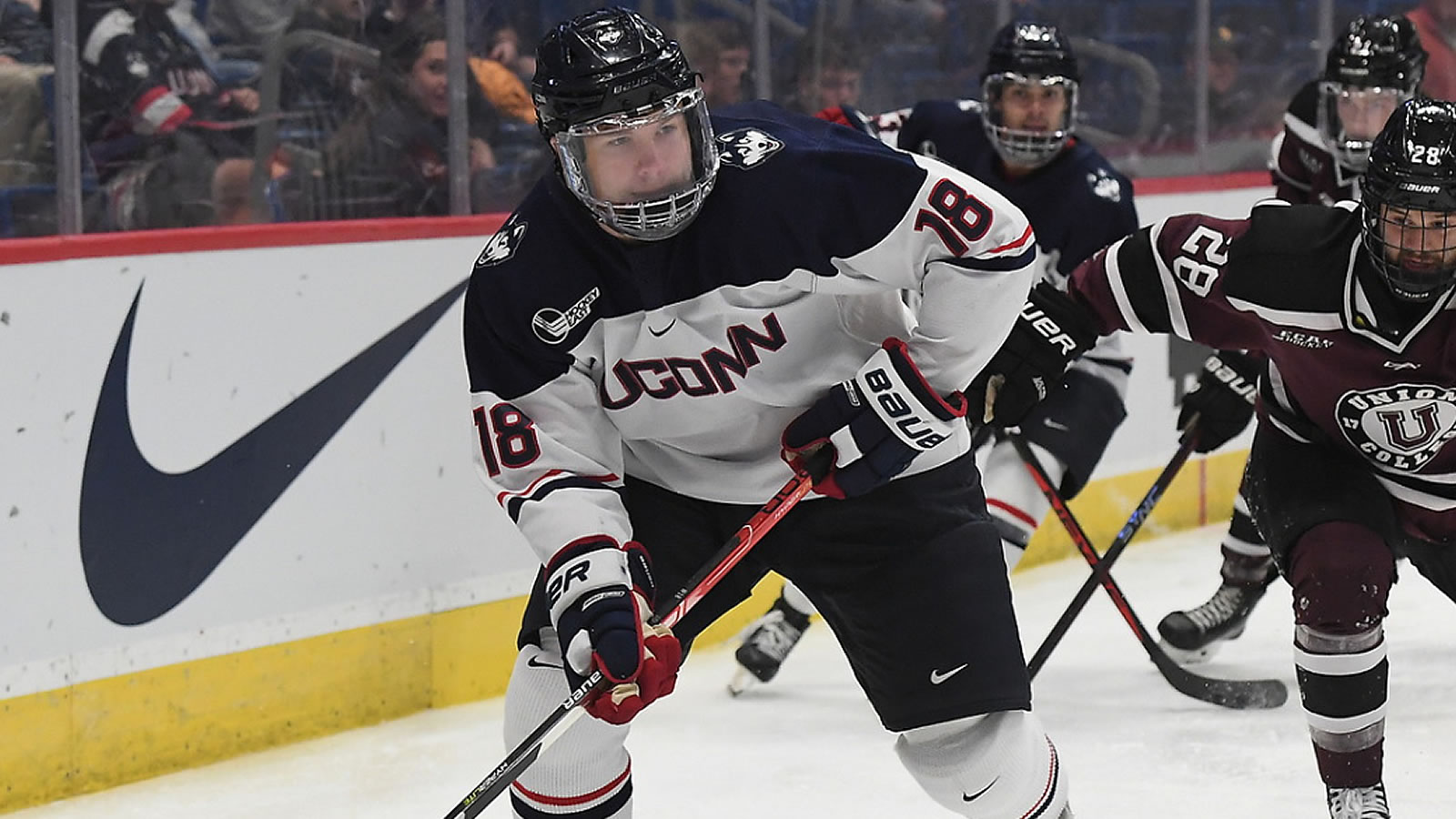