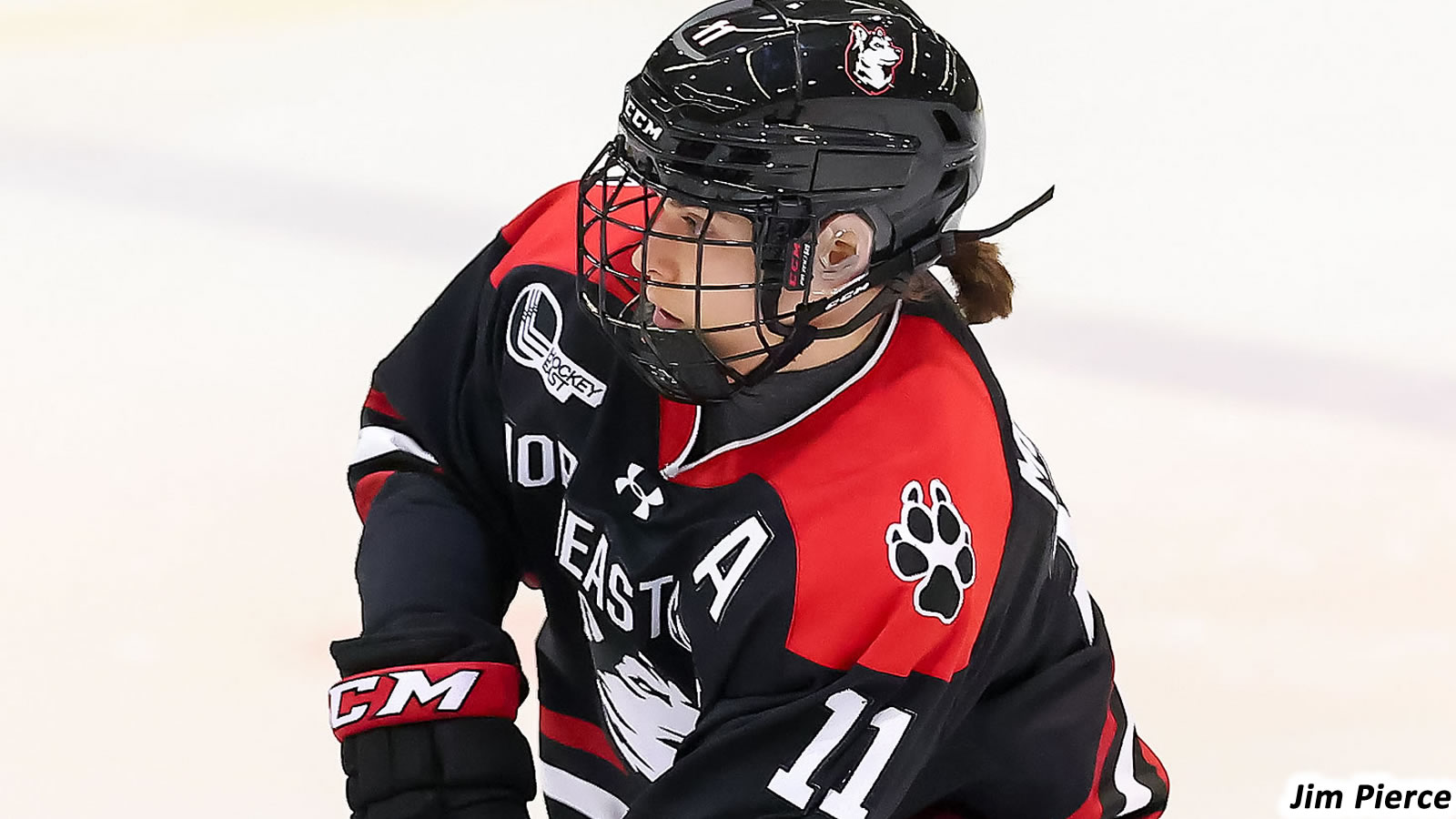 - Three of those 15 shots came on a power play late in the period, but the Tigers couldn't convert.

- The first goal didn't come until the second half of the second period; after Alina Meuller (2) had a power play goal waved off, the senior sniped home another one on the same power play 13:22 into the frame to put NU on the board, assisted by Skylar Fontaine (16) and Maddie Mills (5).

- After Princeton responded on a goal in the last minute, Northeastern answered right back late in the period as Mueller fired a shot on net that was saved, but the rebound was loose in the crease or a charging Peyton Anderson (2) to knock it in.

- Northeastern notched another goal in the third period, as Mueller found Fontaine and Fontaine took a long snipe from the blue line 7:48 into the period. The play was started by Katy Knoll (6) who flipped the puck back to Mueller from behind the net.

- The game was Mueller's second 3-point game of the season and the 21st of her career; she's now on a six-game point streak.

- It was the first time all season that Northeastern had been out-shot by its opponent. The Huskies are 12-2-1 when outshoot their opponent, 1-0-0 when shots are even, and 1-0-0 when being out-shot.

- Aerin Frankel notched her 12th win of the season making a season-high 41 saves, allowing just the one goal.

The Huskies return home for the final games of the Fall Semester as they host the Cornell Big Red this coming Saturday and Sunday, December 4 and December 5. Both games will start at 2pm and will be broadcast live on NESN, and CollegeSportsLive outside of New England.