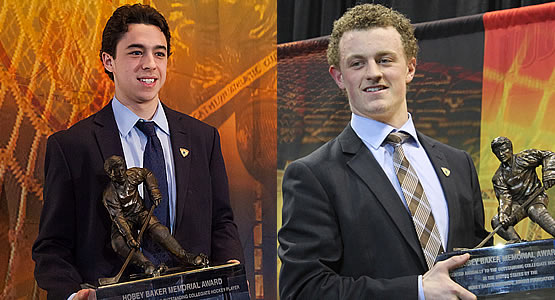 Recent Hobey Baker Award winners Johnny Gaudreau (BC) and Jack Eichel (BU) are among the Hockey East players who start the season in the NHL.

WAKEFIELD, Mass. â A record 69 alumni of Hockey East schools will start the 2016-2017 season on National Hockey League rosters, 10 more players than the previous record of 59 that began the 2015-16 season on NHL teams, and the most of any college hockey conference this year. A full listing of players, schools and teams is below.