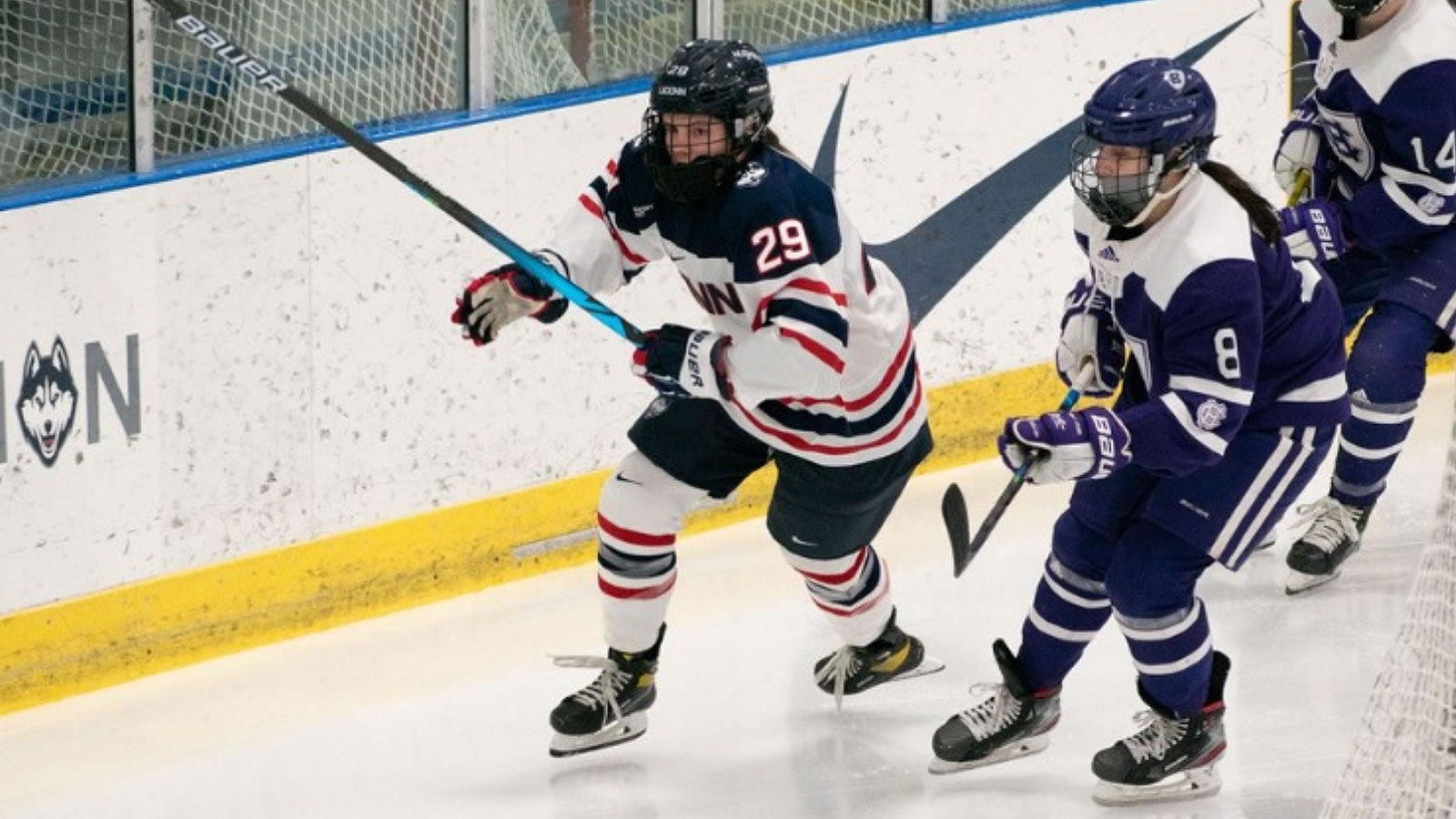 "I thought we played well, I thought we did a lot of good things," said head coach Chris Mackenzie. "I would have liked a few more goals, given the chances we had, but sometimes the shots don't go in. I was quite happy with our effort levels tonight and we are excited to get going again tomorrow."

The Huskies came out flying, creating plenty of chances in the offensive zone. UConn went to the powerplay at 13:49 of the first period, the first powerplay of the game. Kate Klassen redirected a shot from the point by Morgan Wabick in the slot to give the Huskies an early 1-0 lead. At the midway point of the period, shots were 8-1 UConn, as the Huskies were dominating the play. UConn got another opportunity on the powerplay late in the period with several great chances but could not find the net. The Huskies outshot the Sharks 12-2 in the opening period.

In the second period, graduate student Natalie Snodgrass' shorthanded bid was saved, was loose in the crease, but then was cleared away by the LIU defense. UConn killed off its only penalty of the period, giving up very little to LIU.

A flurry of chances followed the penalty kill, as Klassen had a breakaway opportunity stopped moments before freshman Brianna Ware hit the crossbar on a breakaway. Summer Rae-Dobson scored her first goal for the Huskies late in the second period, finishing off a feed from Danielle Fox to double the UConn lead.

The third period, LIU scored just under four minutes in to cut the UConn lead in half. The Huskies responded well and would restore the two-goal lead when junior Amy Landry's shot went bar down for a 3-1 lead. LIU would test the UConn defense, but the Huskies held on to win the game.

The Huskies and Sharks face off again on Saturday, September 25th at Freitas Ice Forum. Puck drop is scheduled for 3:00pm.