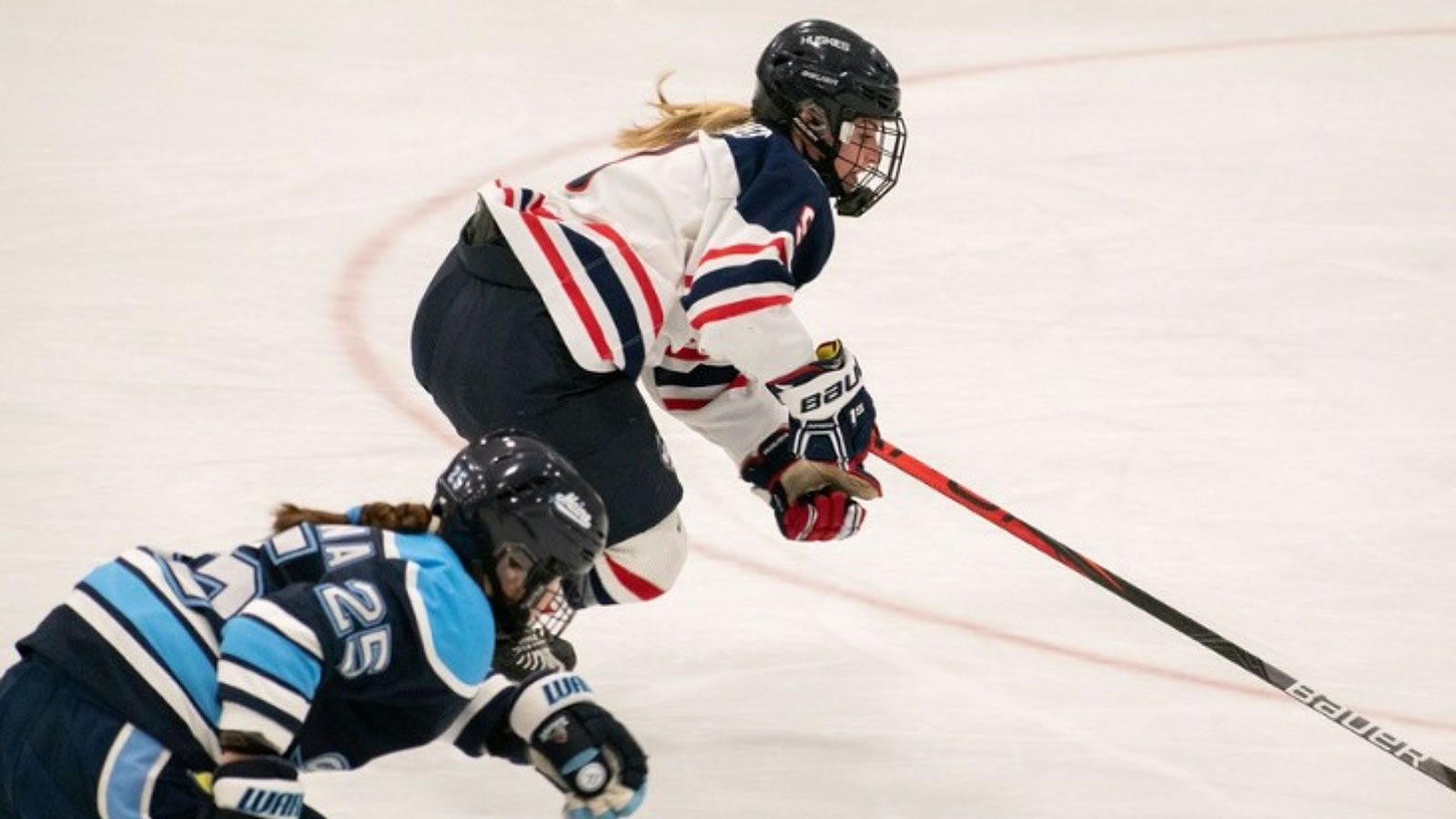 STORRS, Conn. - The UConn women's hockey team defeated LIU 2-0 on Saturday afternoon at Freitas Ice Forum. The Huskies improve to 2-0 on the season. Freshman Megan Warrener made 20 saves in her collegiate debut, earning her first career win and shutout.

UConn had a powerplay chance in the first 10 minutes, creating several chances on net. The Huskies spent most of the period in the offensive zone but could not find the back of the net. Late in the period, UConn was shorthanded as sophomore Jada Habisch went off for tripping. Graduate students Morgan Wabick and Chloe Gonsalves came up with two big blocks for the Huskies, keeping the score at 0-0 at the end of the first.

The opening 10 minutes of the second period was a tight checking game, with the teams exchanging a few chances. UConn had another powerplay opportunity with just over 10 minutes to play in the second period. The best chance for the Huskies came near the end of the powerplay when sophomore Alex-Anne Boyer's shot from the right circle created a rebound that just got away from graduate student Natalie Snodgrass and was cleared away by LIU. UConn took the lead late in the period as Snodgrass scored her first goal of the season. The second period ended with the Huskies ahead 1-0.

As the third period began, LIU began to put more pressure on the UConn net. Megan Warrener came up with several great saves for the Huskies, keeping UConn ahead 1-0. Junior Coryn Tormala doubled the Husky lead with her first goal of the season, deflecting a shot from the point from Chloe Gonsalves. UConn had another great scoring chance, as Senior Danielle Fox's breakaway opportunity was stopped with just over four minutes to play. The Huskies held on to win the game 2-0.

UConn returns to the ice on Friday, October 8th when they take on RIT. Puck drop is scheduled for 6:00pm in Rochester, New York.