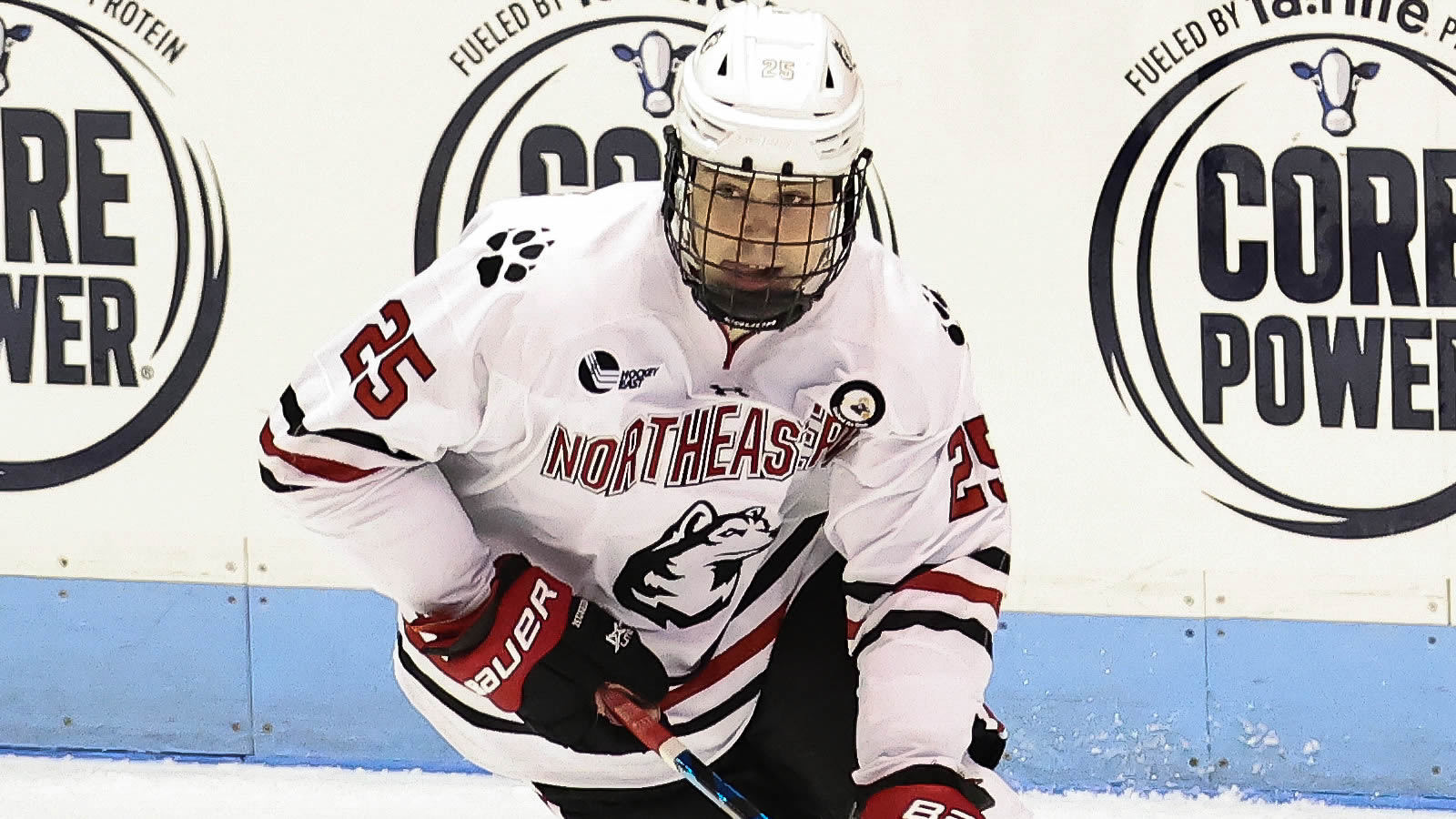 The festivities for the Huskies started in the middle of the period as sophomore forwards Dylan (1) and Ty Jackson (1) passed the puck tape to tape through the slot and found McDonough for his first goal of the season.

Colangelo added a score late in the first, the first of his collegiate career. Sophomore forward Gunnarwolfe Fontaine (1) and junior defender Jayden Struble (1) assisted on the finish.

McDonough wasn't finished, however, as he grabbed another goal at 17:30 in the second period to push the Husky lead to 3-0. Struble and Ty Jackson each nabbed their second assist of the evening.

Struble added one more goal in the final period, sniping an unassisted, shorthanded, empty-net goal from the other side of the rink to make it a 4-0 game and close out the Falcons.

The Huskies outshot Bentley 36-29 and won the faceoff battle by the same margin.

This is the fifth straight season that the Huskies have won their opening matchup. Last season, Northeastern beat Merrimack 8-2 at home.

Next week, the Huskies will travel to the DCU Center in Worcester for the Ice Breaker Tournament as they take on Holy Cross at 7:30 p.m. on Friday, Oct. 8 and will play Quinnipiac at 4:30 p.m. on Saturday, Oct. 9.