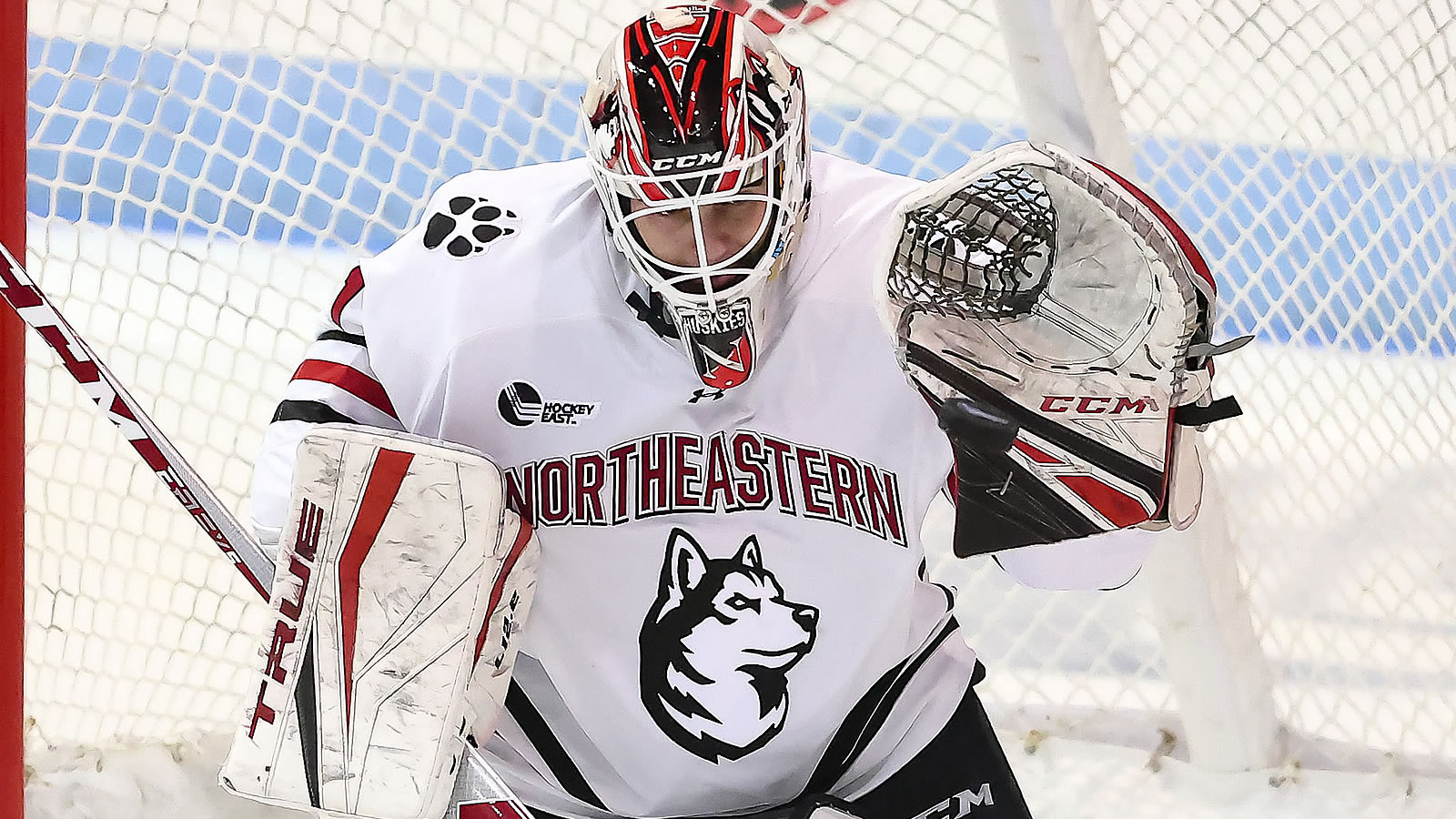 With Levi's shutout, he is the first goaltender in Northeastern history to start a career with two straight shutouts. The last Husky shot-stopper to have two consecutive shutouts in back-to-back Northeastern games was Keni Gibson in 2003, when he shut out Vermont (12/6) and Princeton (12/13).

• McDonough's goal was his team-best third of the season and his 50th point of his career. He was assisted by Ty Jackson (3) at 14:17 in the second period.

• A pair of freshmen earned their first career goals, as both Matt Choupani and Jack Hughes found the back of the net.

• Choupani got his first thanks to assists from Tommy Miller (1) and Devon Levi (1) at 18:09 in the second and Hughes finished passes from Miller (2) and Gunnarwolfe Fontaine (2)

• This is the first time the Huskies have started a season with back-to-back shutouts and the first time in Northeastern history a head coach started their career with two shutouts.

• Also, this is the first time the Huskies have back-to-back shutouts since 2018.

The Ice Breaker Tournament continues Saturday, October 9 as the Huskies take on No. 9 Quinnipiac at 4:30 p.m. at the DCU Center in Worcester, Mass on NESN+.