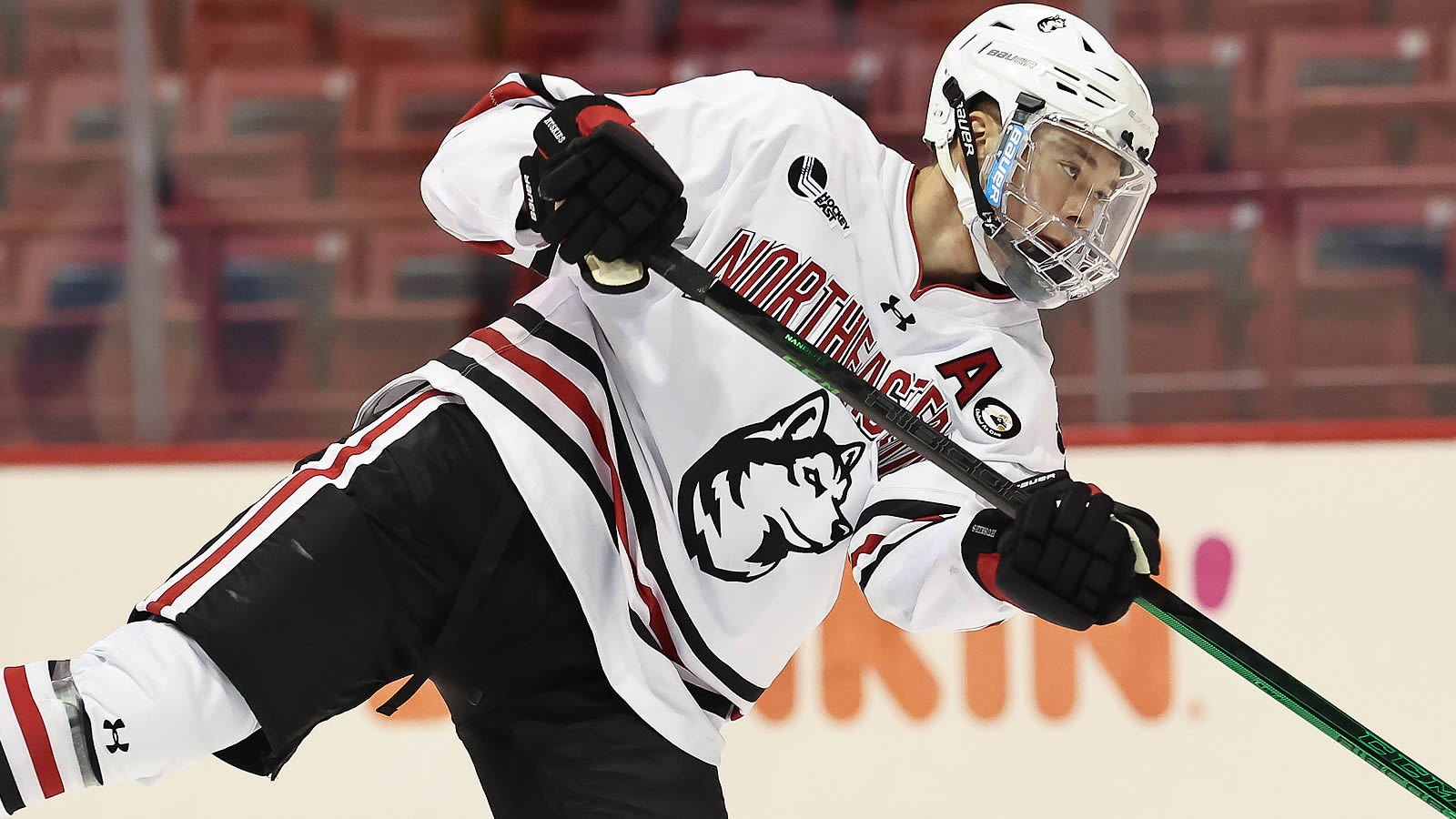 WORCESTER, Mass. - Sophomore goaltender Devon Levi made 28 saves and senior defenseman Jordan Harris had four shots on target, but No. 18 Northeastern men's hockey (2-1-0, 0-0-0 HEA) was unable to find any success offensively in a 3-0 loss to No. 9 Quinnipiac (1-0-1, 0-0-0 ECAC) in the final game of the Ice Breaker Tournament at the DCU Center on Saturday afternoon.

• Quinnipiac's first-period goal ended Levi's shutout streak of 121:24, the most consecutive minutes of goalless hockey to start a career in Northeastern history.

• Graduate student defenseman Tommy Miller blocked five shots for the Huskies, the most on either side.

• Sophomore forward Ty Jackson went five-for-eight on faceoffs, the most won by a Husky in the game.

After the conclusion of the Ice Breaker Tournament, the Huskies will stay on the road as they travel to Chestnut Hill to play No. 6 Boston College on Friday, October 15 at 7 p.m, broadcast on NESN.