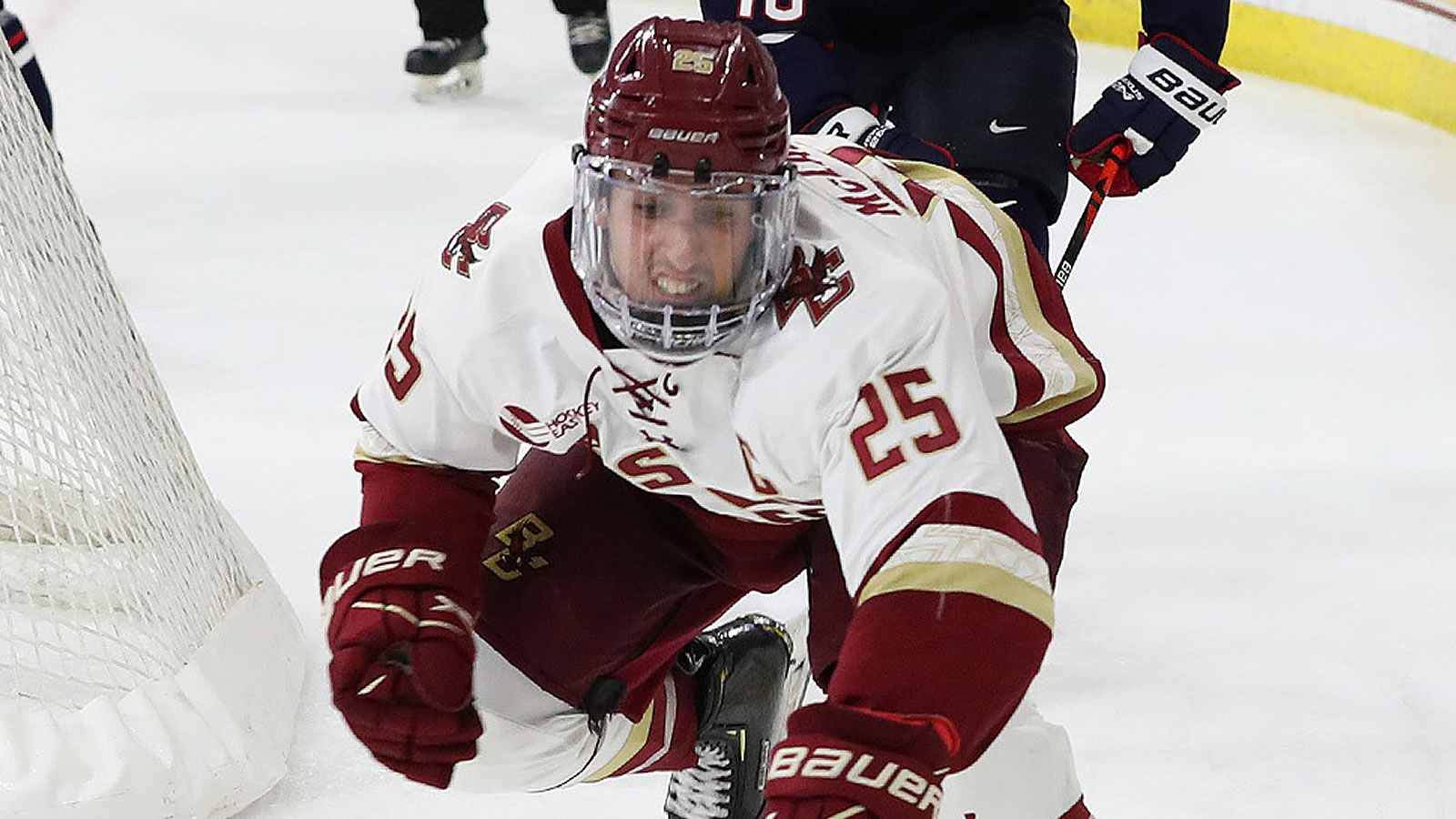 CHESTNUT HILL, Mass. - No. 6 Boston College scored three straight goals, rallying from 2-1 down to beat No. 18 Northeastern 5-3 on Friday night in front of 7,288 fans at Kelley Rink in the Hockey East opener for both teams.

The home opener marked the first time that the Eagles played in front of fans at Conte Forum in 588 days.

Marshall Warren gave the Eagles an early lead at 5:15 of the first period, throwing the puck off a Northeastern defenseman from outside the left faceoff dot.

Aidan McDonough responded for the Huskies with a pair of goals at 1:54 and 5:20 in the second period, beating Eric Dop (22 saves) to the upper corners to give NU its first lead.

Playing in his 100th career game, McLaughlin tied the game with 1:39 left in the middle frame as he one-timed a centering feed from Jack McBain high glove side on Devon Levi (32 saves).

Colby Ambrosio collected the go-ahead goal nine minutes into the third when McBain spun around the net and threw the puck off the sophomore's skate at the right post. The goal was initially waved off but video review confirmed no kicking motion.

45 seconds later, Giles picked off an attempted Northeastern clearance and ripped a shot off the right post to double the lead. McLaughlin sealed the points on an empty-netter with 58 seconds remaining.

Boston College's penalty kill finished the night 5-for-6, including a five-minute major against Casey Carreau in the first period and a two-man advantage lasting 1:08 in the second. The only goal against was a consolation tally from Matt Choupani in the closing seconds.

BC travels to face Bentley on Saturday night at 7 p.m. in Waltham