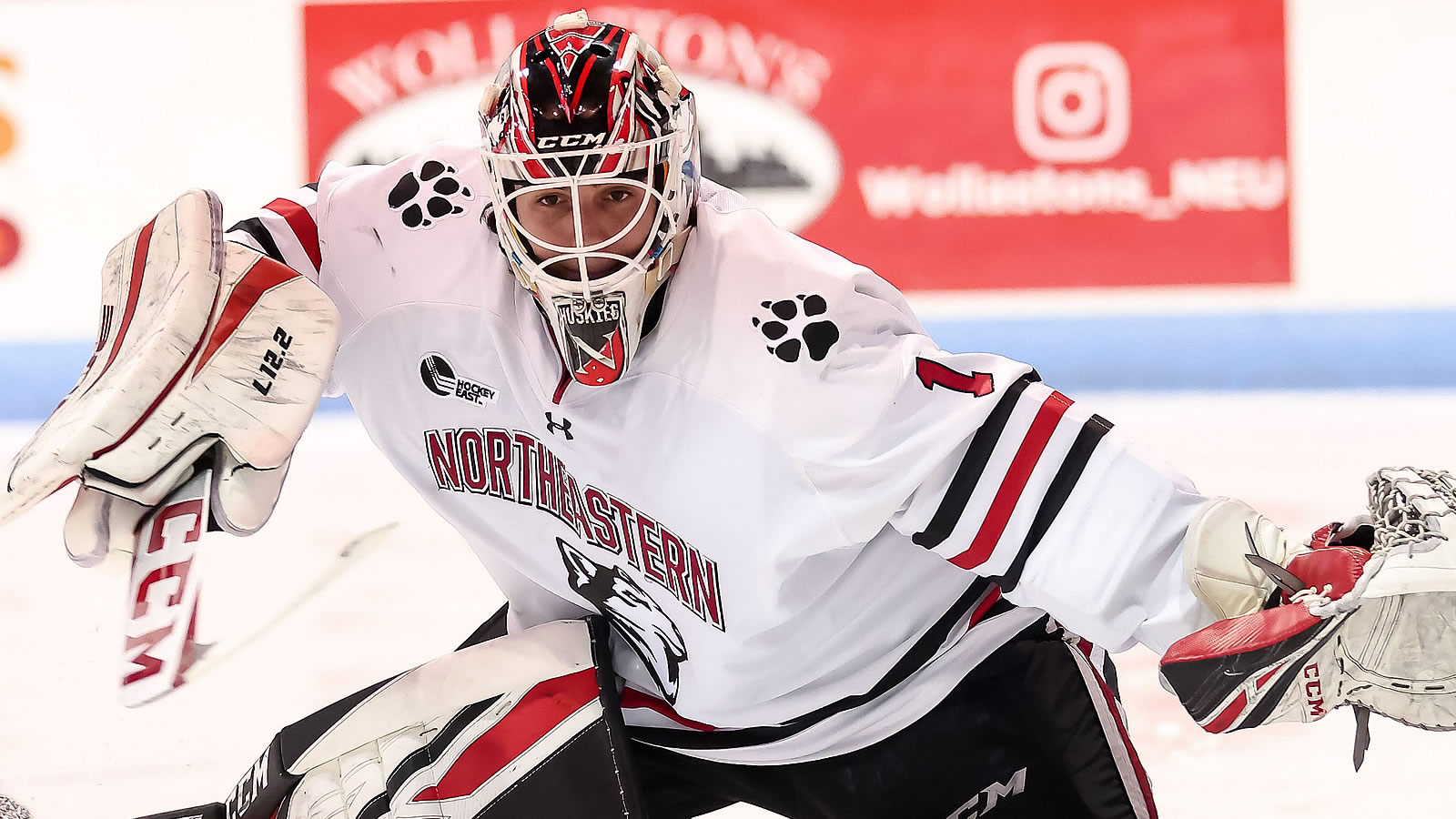 - The last Northeastern goaltender to have four or more shutouts was Cayden Primeau, who finished with eight in his 70-game career. It took him 30 games to reach four, while Levi achieved the feat in five games.

- In the first period, freshman forward Jack Hughes got the Huskies off to a flying start, scoring a top-shelf goal after taking passes from junior defenseman Jeremie Bucheler (2) and his brother, junior forward Riley Hughes (1) to get his third of the season.

- Harris got his goal 11:50 into the second period, taking a rebound and burying it from just outside the crease to get his first of the year. He was assisted by Colangelo (1) and graduate student defenseman Tommy Miller (3)

- Junior forward Matt DeMelis added on just three minutes later, scoring his first of the season off assists from Harris (3) and sophomore forward Ty Jackson (5). With the assist, Jackson now leads the Huskies in that category this year and is tied for third in Hockey East.

- The Huskies took a penalty in the third period, but that didn't stop Riley Hughes from netting his first of the season. Hughes took the puck from the Maine goaltender and put it straight in the net from a tough angle to make the game 4-0.

- Just a minute later, Colangelo took passes from Harris (4) and Miller (4) and lit the lamp one more time for the Huskies. It was Colangelo's second goal on the year.

After taking down the Black Bears tonight, the Huskies will turn right back around and play Maine again Saturday, October 30 at 7 p.m. in historic Matthews Arena on College SportsLive.