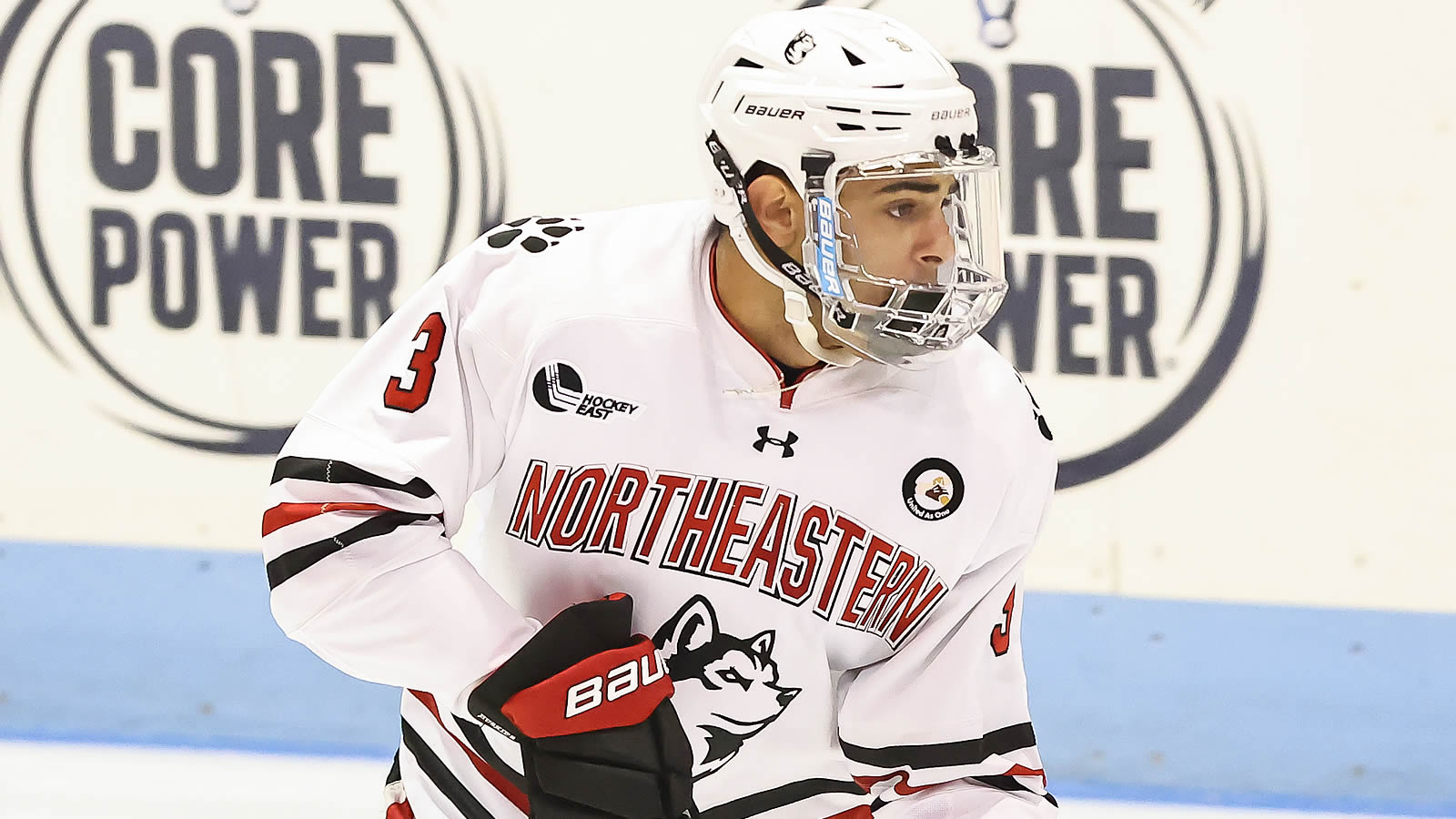 - Hryckowian scored his goal with just over two minutes left to play in the second period to make it a one-goal game. It was his second of the year and assisted by sophomore forward Sam Colangelo (2) and junior defenseman Tyler Spott (2).

- Down 2-1 in the third, Fontaine took a rebound from sophomore forward Ty Jackson (6) and Jeremie Bucheler (3) and buried it to even the game, getting his first goal of the season.

- With a little over 10 minutes gone by in the period, Northeastern scored a third goal out of nowhere as Struble took a shot from the neutral zone that found its way into the top right corner of the net, giving the Huskies a 3-2 lead. It was his second goal from outside the Huskies' offensive zone this season and was assisted by Ty Jackson (7).

- With seven assists, Ty Jackson is now tied for ninth in Division I in assists this season and tied for second in Hockey East. He is also tied for first in conference assists with four of his seven coming in Hockey East games.

After sweeping the series over Maine, the Huskies will shift their attention to the Granite State as they play a home-and-home with New Hampshire next weekend. The Huskies travel to UNH on Friday, November 5 at 7 p.m. on NESN+ and will be back at Matthews Arena on Saturday, November 6 at 7:30 p.m. on College SportsLive.