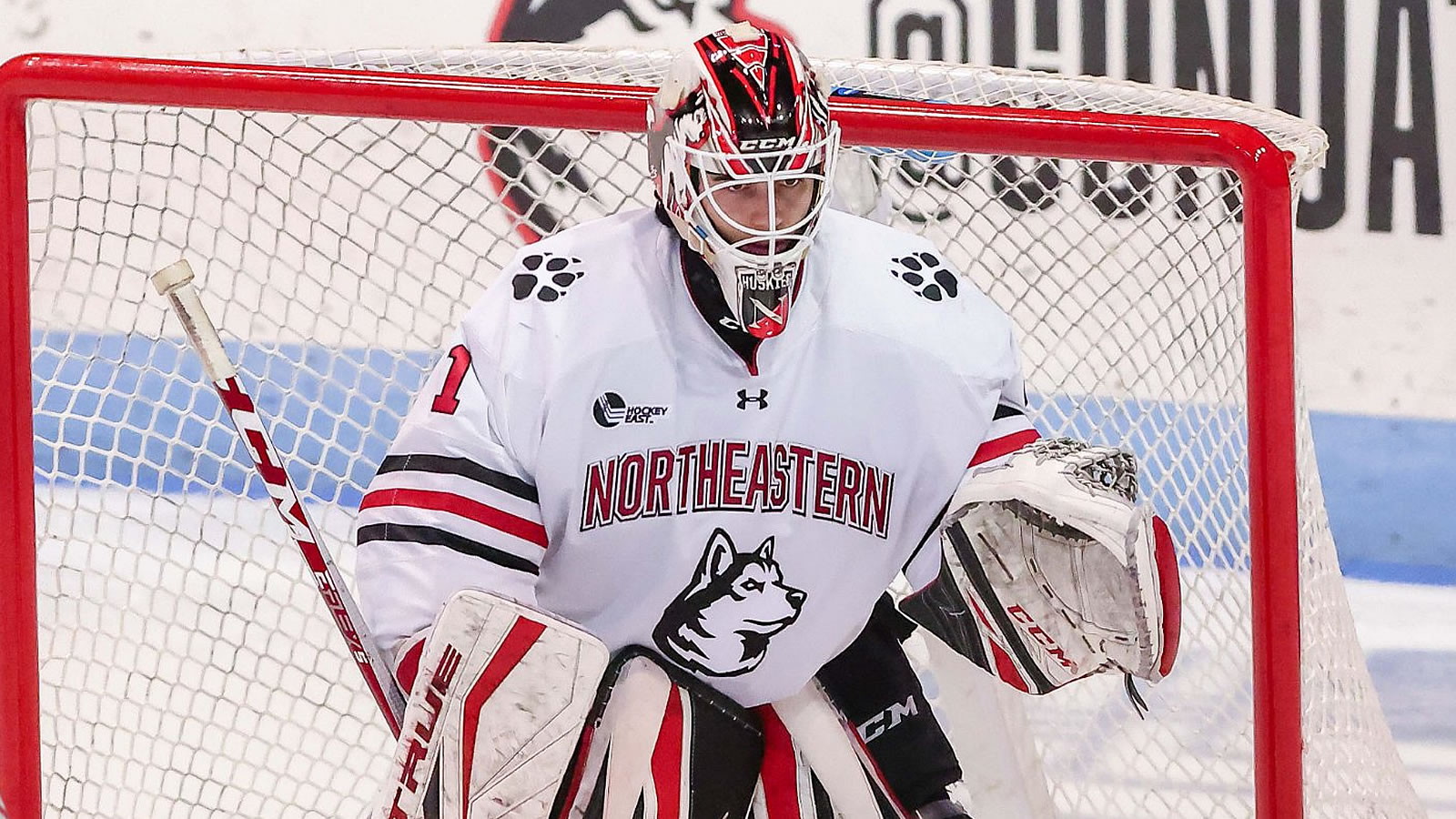 - Novak first found the back of the net in the second after the Huskies fell behind in the first. After junior Riley Hughes and freshman Jack Hughes (1) couldn't convert on a breakaway, he took the rebound and buried it for his first goal as a Husky just over two minutes into the second.

- St. Louis got the eventual game-winner later on in the same period as he finished off a rebound from freshman forward Justin Hryckowian and junior forward Matt DeMelis, doing the dirty work to earn his first collegiate goal.

- After the Huskies regained the lead in the second, Novak lit the lamp again in the third period to extend the advantage, scoring off a pass from senior defender Jordan Harris (5) as Harris curled around the back of the net. Riley Hughes (3) got the second assist, his second of the evening.

- Capping off the impressive offensive performance was McDonough, who scored just 1:29 later off a sweet series of passes between DeMelis (2) and Hryckowian (4). The goal was McDonough's seventh of the season, tying him for first in Hockey East and fourth in Division I.

- In net, sophomore goaltender Devon Levi made 19 stops on the evening, allowing just one goal. His save percentage is now .941, second in Hockey East and tied for eighth nationally.

- Hryckowian won 10 faceoffs, the most of any player on the ice this evening. He now has gone 93-50 (.650) on faceoffs, good for third in Hockey East for any player with double digit attempts.

- The Huskies were on top of the game offensively, outshooting UNH 22-20 and winning the faceoff battle 26-21.

After winning the first game of this back-to-back with UNH, the Huskies will get the Wildcats at home tomorrow as the puck drops at 7:30 p.m. in historic Matthews Arena on College SportsLive.