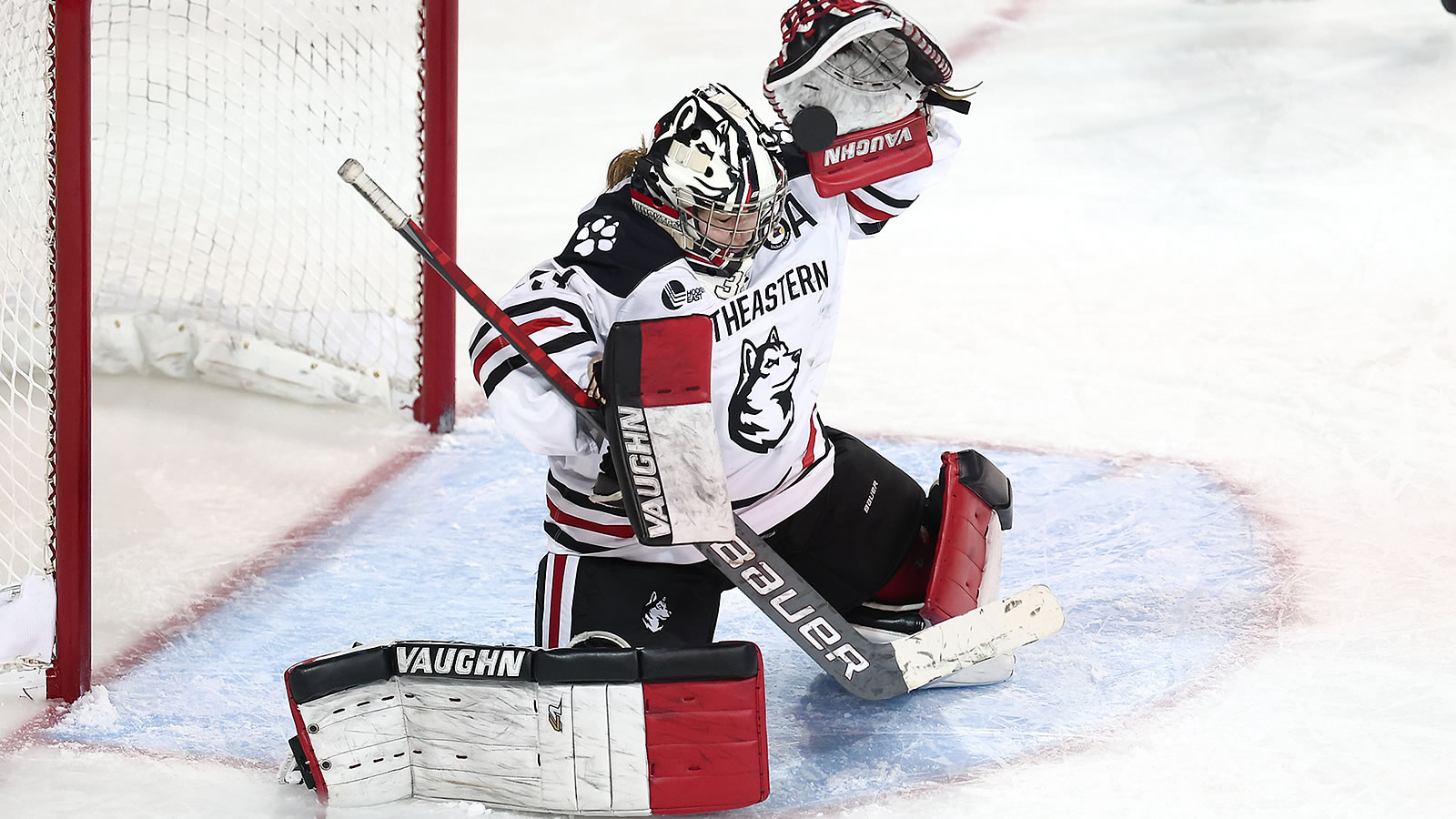 BOSTON - Graduate student netminder Aerin Frankel broke the program record for career saves as she stopped 33 shots in a tie between the no. 5 ranked Northeastern women's ice hockey team (8-2-1, 7-2-1) and the Providence College Friars (3-3-3, 2-2-1) Saturday afternoon at Matthews Arena.

- The Huskies got on the board first with 0.9 seconds left on the clock, as grad. Student defender Skylar Fontaine (2) chipped in a pass from Maureen Murphy (7) on the power play to give Northeastern the 1-0 lead. The pass that led to the pass came from Maddie Mills (4).

- Providence answered back in the second period on a goal from Delaney Couture 8:41 into the period.

- Neither team could break the stalemate in the third, despite 22 total shots between the two teams. NU held the slight 12-10 advantage in the frame.

- After a scoreless overtime period, Peyton Anderson and Maddie Mills tallied shootout goals, and Aerin Frankel stopped both shootout shots faced to clinch the extra overtime point for the Huskies.

The Huskies will travel to Burlington, Vermont this coming weekend for a two-game series with the Catamounts at Gutterson Fieldhouse. Game one is Friday night at 6pm on CollegeSportsLive.