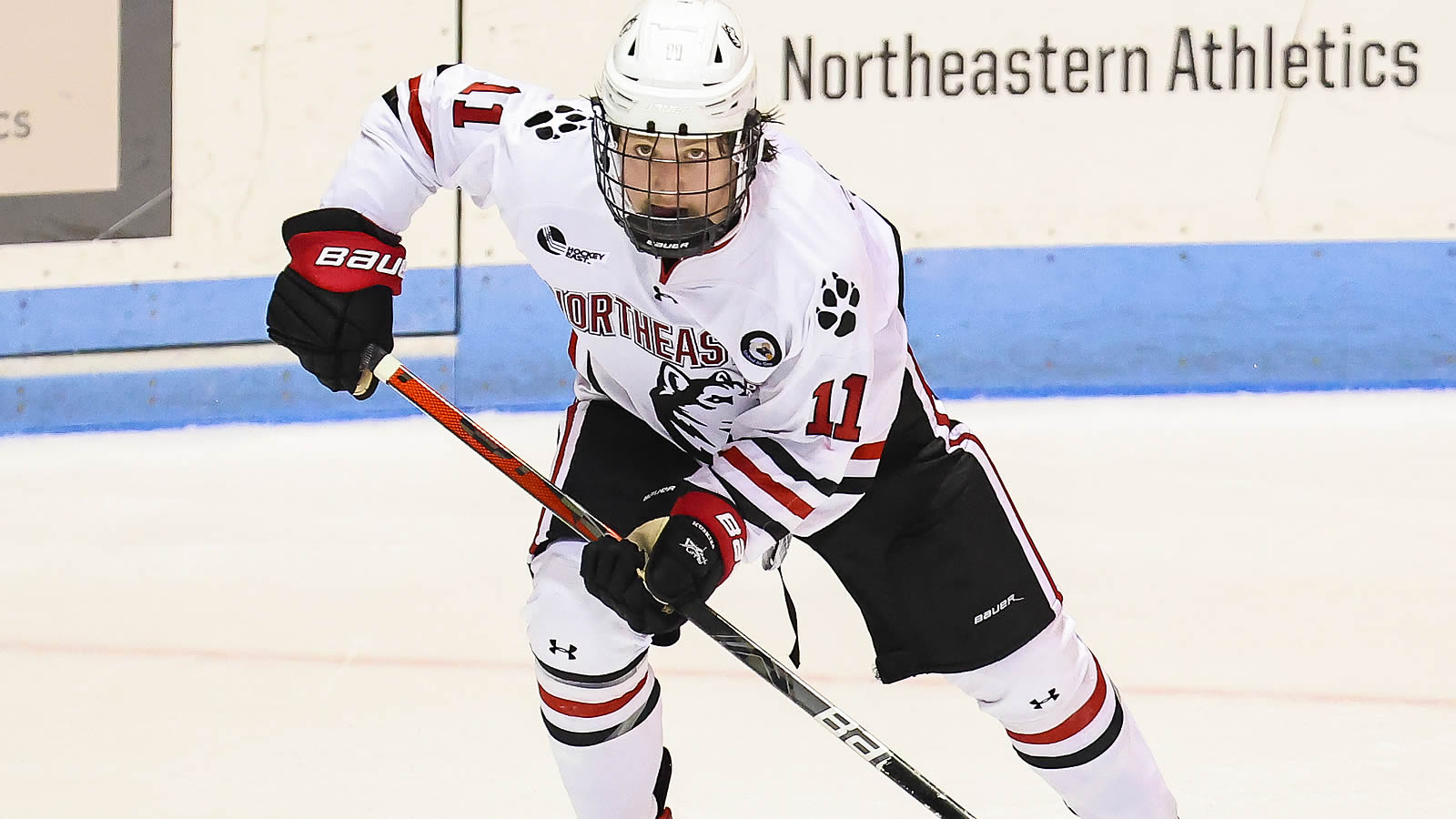 BOSTON - After falling behind in the second period, a goal from junior defender Jeremie Bucheler and the game-winning goal in overtime from sophomore forward Gunnarwolfe Fontaine gave No. 17 Northeastern men's hockey (8-3-0, 4-2-0 HEA) a 2-1 victory over No. 10/6 Harvard (4-1-0, 3-0-0 ECAC) at Matthews Arena on Monday evening for their fifth straight win.

- After falling behind in the second, the Huskies found themselves on a breakaway as Bucheler took tape-to-tape passes from freshman forward Justin Hryckowian (5) and junior forward Matt DeMelis (3) to tie the game at one goal apiece. The goal was Bucheler's first of the season and third of his career.

- In the middle of the third period, Northeastern took a five-minute penalty kill but managed to stuff the Crimson. Sophomore goaltender Devon Levi made four saves and the Huskies' defense blocked four shots in the key effort to keep Harvard off the board in the third. The Crimson's lone goal came from one of five power-play opportunities and the Huskies' penalty kill leads Hockey East at 94.4% and is fourth in the nation.

- Finally, in the 3-on-3 overtime period, Fontaine took passes from Hryckowian (6) and Jordan Harris (7) and streaked down the ice, sending two Harvard defenders the wrong way and beating their netminder glove-side to win the game for Northeastern just 25 seconds into the extra frame.

- The goal was his second of the season and the first game-winning goal and overtime goal of his career.

- With two goals and six assists this season, Hryckowian is currently tied for the lead in points among Hockey East freshman and leads the rookie class in assists so far this year.

- Levi finished the night with 20 saves, earning his eighth win of the season. So far this year, his .945 save percentage is ranked sixth in the country and second in Hockey East.

- Northeastern is now 8-2 in their last 10 meetings with the Crimson. The last time the Huskies played Harvard in a non-Beanpot matchup was on December 29, 2012, a 5-1 Northeastern win at Harvard.

Northeastern will travel on Friday, November 12 to take on No. 20 UMass Lowell at 7:15 on College SportsLive.