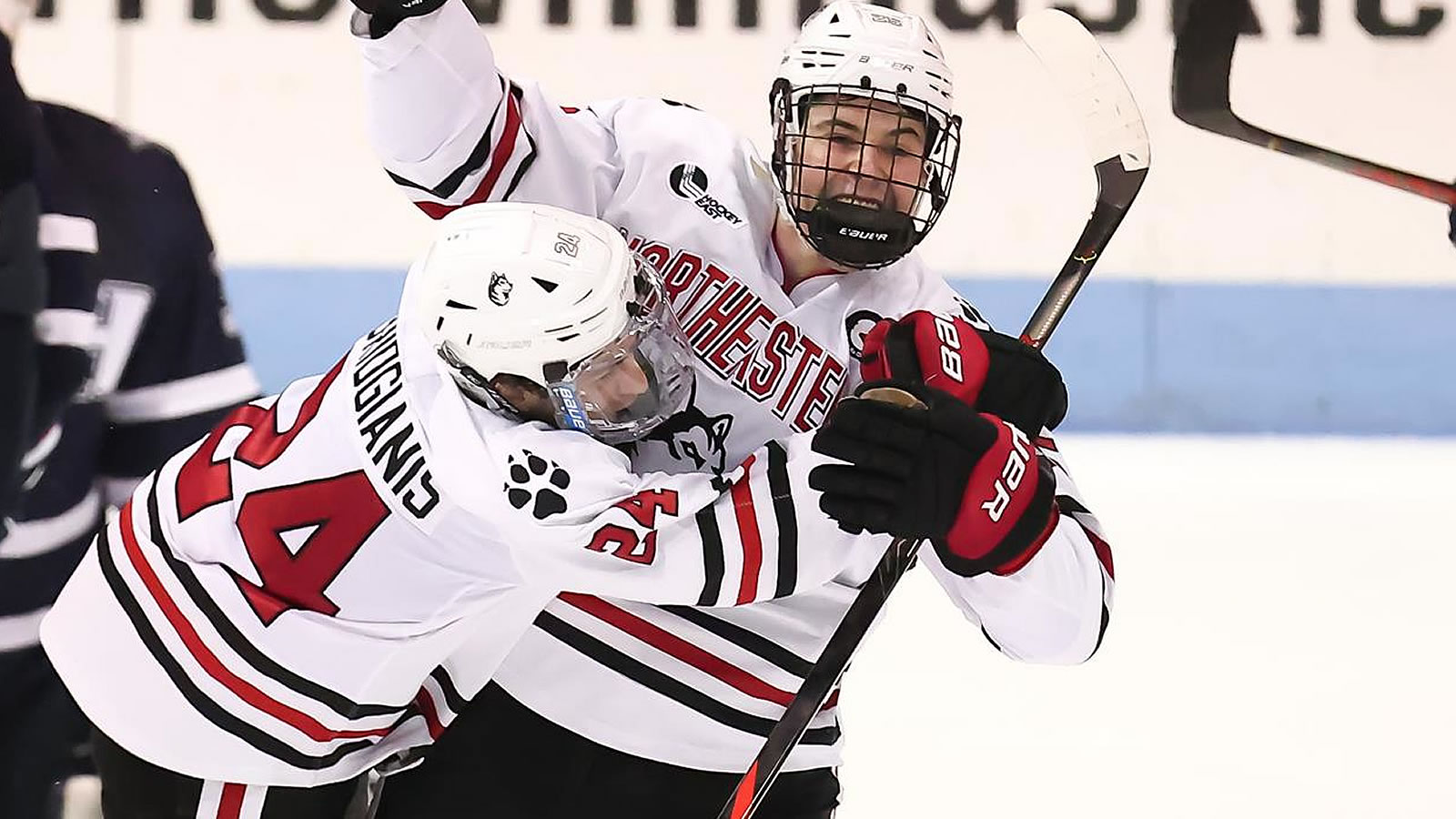 With shutout number five, Levi is now tied for the team record for shutouts in a season with former Huskies goaltenders Chris Rawlings (2010-11) and Keni Gibson (2003-04). Levi also earned a new career-high for saves by stopping 38 shots, beating his previous record of 36 saves (October 26, 2021 vs. UConn). He is also tied for fifth on the Huskies' leaderboard for career shutouts.

- The Huskies and Terriers stayed scoreless for three periods as BU outshot Northeastern 37-15 through regulation.

- That didn't matter in the end, however, as McDonough intercepted a BU pass and took it the length of the ice before beating the goaltender in the top left corner of the net just 55 seconds into the 3-on-3 overtime period.

- McDonough's ninth goal of the season, he is now tied for first in Hockey East in goals scored and sixth in the country.

- Northeastern won the first matchup between these two teams since March 7, 2020, a span of 622 days.

- The Huskies' PK is now ranked fourth in the country (92.5%) after killing off two penalties in the second period.

This crosstown rivalry isn't going anywhere this time, as it returns to Historic Matthews Arena on Saturday, November 20. The Huskies and Terriers will face off for the 244th time as the puck drops at 7 p.m. on NESN+.