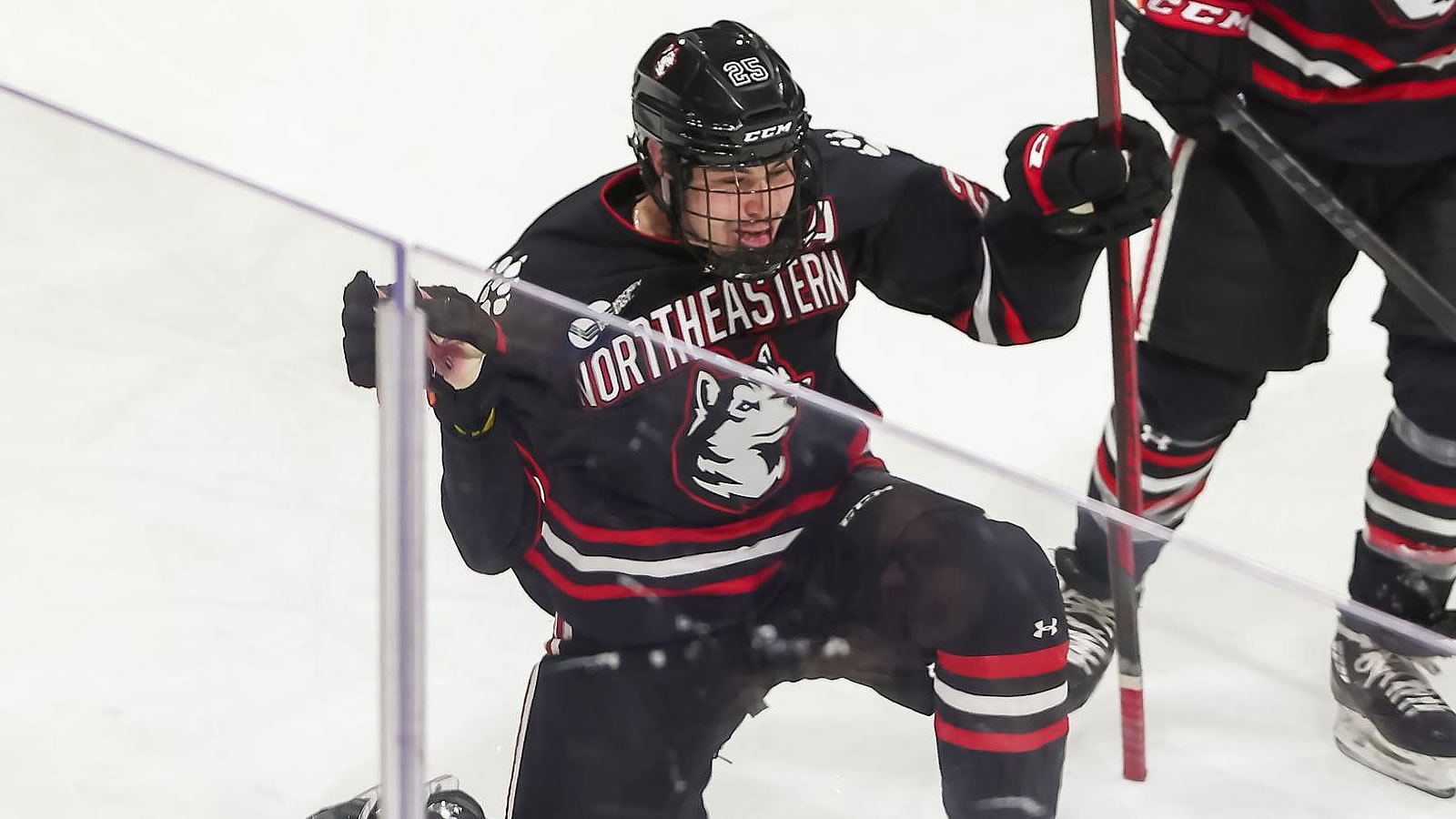 - Sophomore goaltender Devon Levi was once again stellar between the pipes, stopping 33 of the 35 shots he faced.

- Levi was also incredible for the duration of the shootout, stopping seven of eight Terrier attempts.

- McDonough's two scores were his 10th and 11th of the season and third of the weekend. Tonight was also the third time this season that the junior forward scored two goals in a game. He now leads Hockey East in goals.

- Hughes also clinched the shootout for the Huskies, pulling a stunning array of moves out of his back pocket to beat the Terrier tender five-hole.

- Tommy Miller put his body on the line several times, throwing himself in front of five shots; leading the game in blocks.

- The Huskies lead the Terriers in blocks overall, with 21 to BU's six. The Huskies also won the faceoff battle 42-26.

The Huskies will make the trip up to Troy, N.Y. this Friday for the first game of a home-and-home series against the RPI Pioneers. Puck will drop at 7 p.m. on ESPN+.