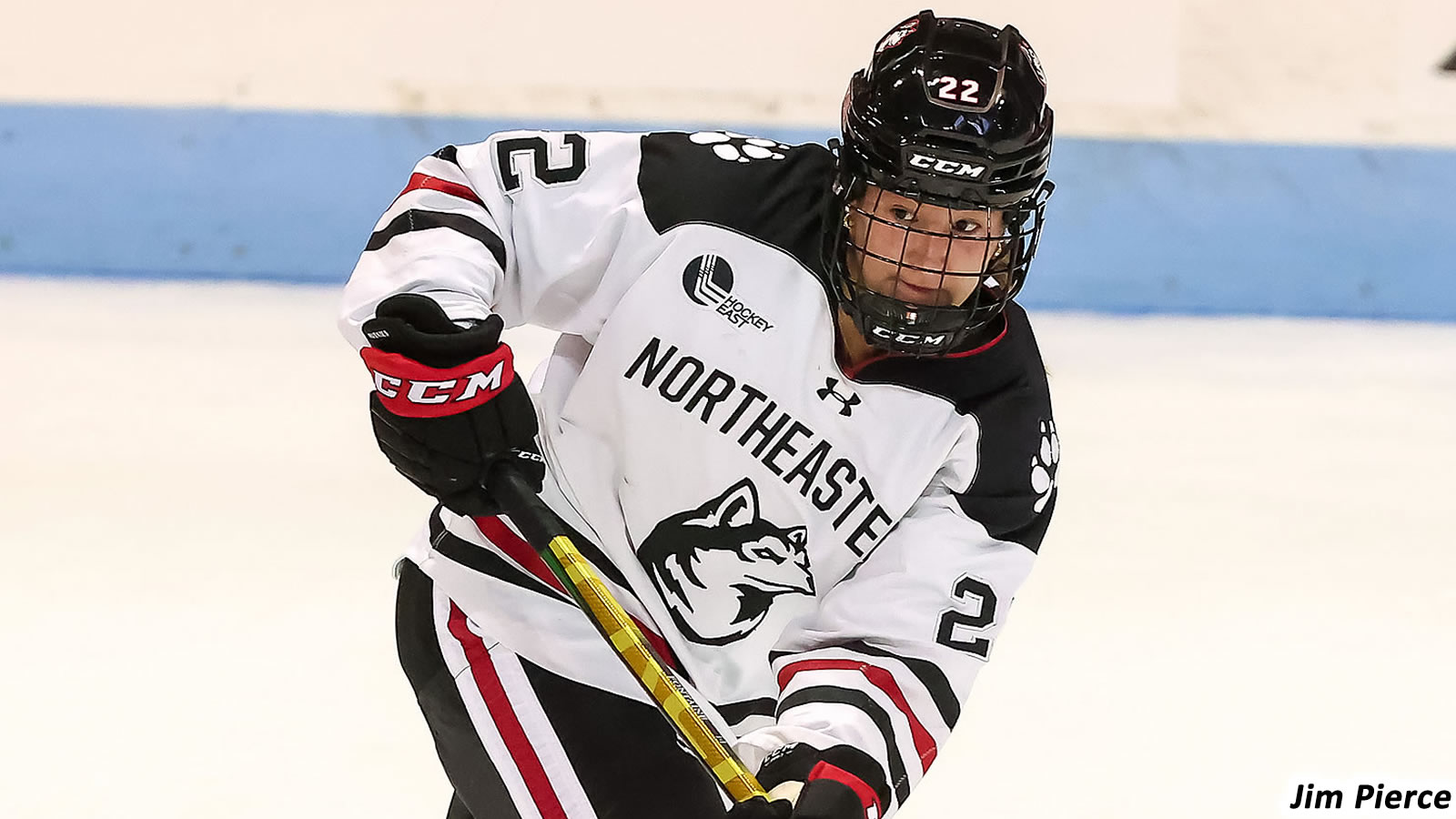 BOSTON, Mass. - After trailing by two goals in the second period, the Northeastern University women's ice hockey team (12-2-1, 11-2-1) posted a come-from-behind victory against the UConn Huskies (11-3-2, 6-3-2) on Saturday afternoon at Matthews Arena.

Goals from Chloé Aurard (7) and Maddie Mills (6) on the power play, and a late goal from captain Brooke Hobson (4) propelled the Huskies to their 11th straight game without a loss in conference and non-conference play.

- The Huskies of Northeastern found themselves down by a 5-on-3 power play goal to the UConn Huskies midway through the first period.

- UConn tallied another goal 9:51 into the second period to extend the lead to 2-0.

- Northeastern answered back on a power play of their own, as Skylar Fontaine (13) fired a shot towards the net that was deflected in by Aurard to put NU on the board.

- The third period was dominated by Northeastern as the Huskies outshot UConn 13-7 and notched the game-tying and go-ahead goal.

- The tying goal came on a power play 8:18 into the third period from Mills on a snipe from the right face-off circle that tucked into the top-left corner of the net; the primary assist once again went to Fontaine (14).

- The game-winner came 14:29 into the period as Katy Knoll (5) passed from behind the net, finding Brooke Hobson driving to the net as she fired a one-timer from the slot into the back of the net.

- The victory was Northeastern's first win after trailing entering the third period of play, and their fourth win after conceding the first goal of the game.

- The Huskies are 5-0-1 in Matthews Arena this season, and handed UConn just its third loss of the season.

Northeastern will take a four-game break from conference play before the December break, traveling to Hobey Baker Memorial Rink next weekend to face Princeton on Friday, November 26 and Saturday, November 27. Both games will be streamed live on ESPN+ and airing on TSN.