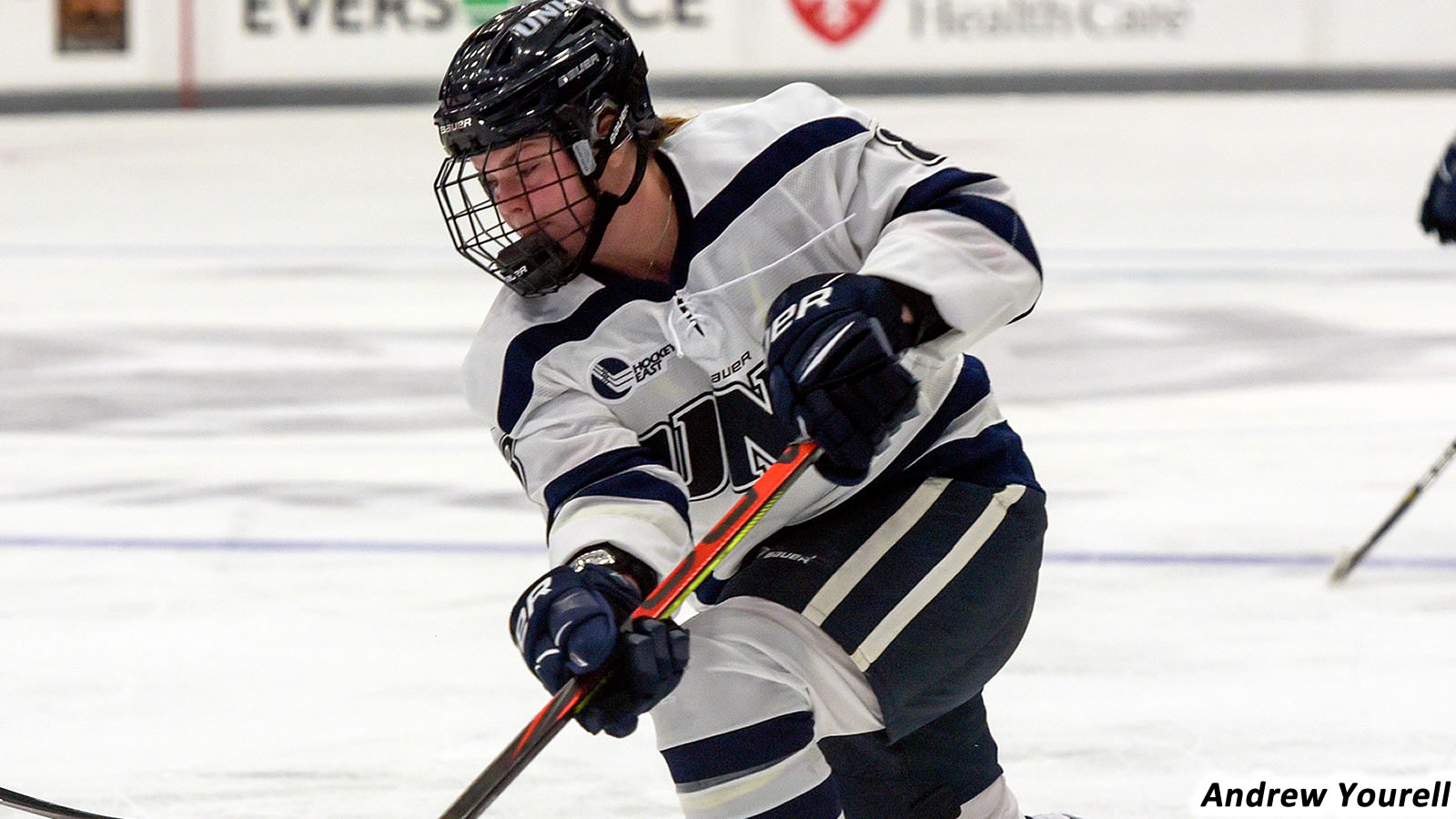 Senior Emily Rickwood (Brantford, Ontario) now has five assists and five points by helping Christian with her goal. Freshman Kira Juodikis (LaSalle, Ontario) leads the team with the most points (11) with her assist on Christian's goal.

- Crimson went on the first powerplay of power play of the game at 6:54 and Boutilier made two saves to keep the game scoreless.

- Harvard takes the lead 1-0 with a wrist shot at the right faceoff circle stick side by Paige Lester at 15:08.

- Harvard had an 8-6 shot advantage in the scoreless second stanza.

- UNH had its first power play chance of the game at 8:11, but Dutton preserved Harvard's lead with one save.

- Christian passes to Lindsey Dumond (Hampton, N.H.) up the middle. Dumond passes back to Christian, and she takes a wrist shot glove side that is saved by Dutton at 15:57.

- Becca Gilmore took a shot in the slot up the middle and helped Harvard up its lead to 2-0 at 4:22.

- At 7:37, the Wildcats scores their first goal by Kelly who shot glove side, with an assist by Chavonne Truter (Uxbridge, Ontario), to help lift the 'Cats within 2-1 of the Crimson.

- Harvard furthers its lead to 3-1 at 15:21 on a goal by Keely Moy, who shot down the slot going glove side into the net.

- UNH scores its second goal at 18:31 by Christian in the slot on a shot between Dutton's legs, trimming the deficit 3-2. Juodikis, with a pass between her legs to Christian, and Rickwood were credited to assists.

- Christian scores her second goal of the season.

- Brianna Brooks (Whitby, Ontario) accounted for half of UNH's faceoff wins by winning 10 of 18 draws.