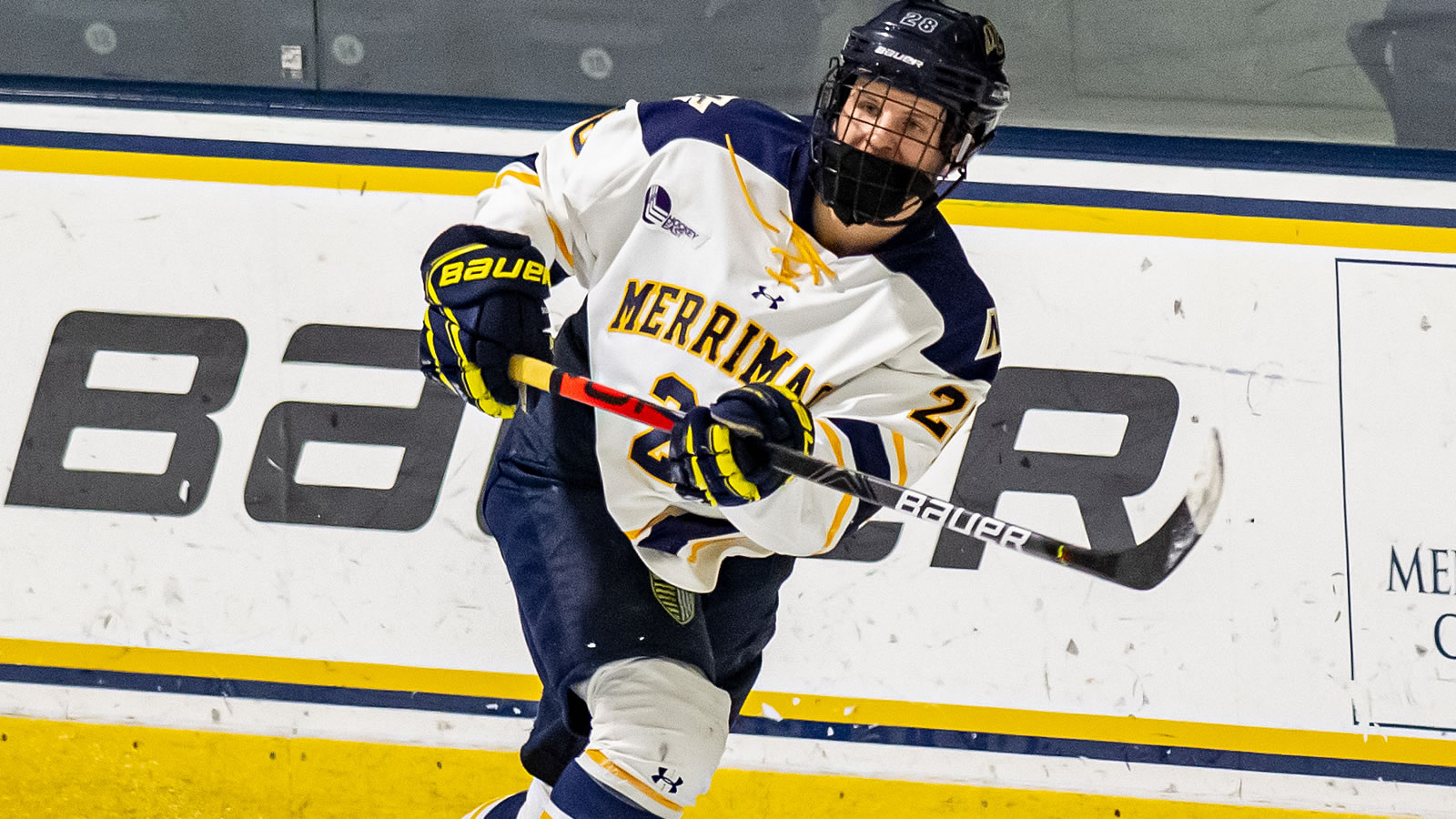 The Warriors jumped out to a 2-0 lead in the first period on goals from Forsmark and Alex Jefferies, then shut down the Crusaders' comeback attempt in the final few minutes. Forsmark added his second goal of the night early in the third period, which turned out to be the game-winner after Holy Cross made it a one-goal game later on in the frame.

- Merrimack came out with tons of pace in the opening period and it translated to the scoreboard. The Warriors struck first 5:36 into the game when they took advantage of a turnover in the attacking end. Forsmark took an errant pass at center point and broke in 2-on-0 with Filip Karlsson-Tagtstrom. The former slipped it to Karlsson-Tagtstrom at the far post, then the sophomore returned it to his country mate for a tap-in finish.

- The visitors continued to push the pace and were rewarded just under 10 minutes later. On an offensive zone faceoff, Max Newton pulled it back to Jefferies at the top of the circle. The sophomore stepped into it and took a shot that hit some ice in front of the net and bounded past the goaltender for the 2-0 lead.

- A few more high quality chances just missed, but Merrimack still had a 12-2 edge in shots on goal and the two-goal lead when the sides headed back to the dressing room for the first intermission.

- A few early chances almost went in during the opening nine minutes of the second period for the Warriors, but Holy Cross used its power play unit to turn things around and score to make it 2-1 midway through.

- Merrimack starting goalie, Hugo Ollas, turned aside the other eight shots that came his way to keep his side in front after 40 minutes of play.

- The Warriors snatched momentum back early on in the third period thanks to another finish from Forsmark. Karlsson-Tagtstrom bumped the puck forward into the neutral zone for Forsmark, who turned a backhanded pass into the offensive zone for Liam Walsh in stride. The junior looked like he was going to shoot, then slid a pass back for Forsmark, who fired one into the open cage.

- Both sides had chances on the power play in the final period and could not convert, but Holy Cross brought the deficit back down to one with 4:05 to play on an even strength goal.

- Merrimack and Ollas clamped down in the final few minutes and held the Crusaders off the board to claim the 3-2 win.

- The two-goal game was the second of the season for Forsmark.

- Christian Felton tied for the game-high with four blocked shots.

- Newton was dominant at the faceoff dot. He won 20 of his 25 opportunities for an 80% success rate.

- Declan Carlile finished with a +3 rating to tie for the team lead in the category with Karlsson-Tagtstrom at +8.

The Warriors return to the ice and Lawler Rink Saturday for another non-conference battle with Union. Puck drop is slated for 4:00 pm.