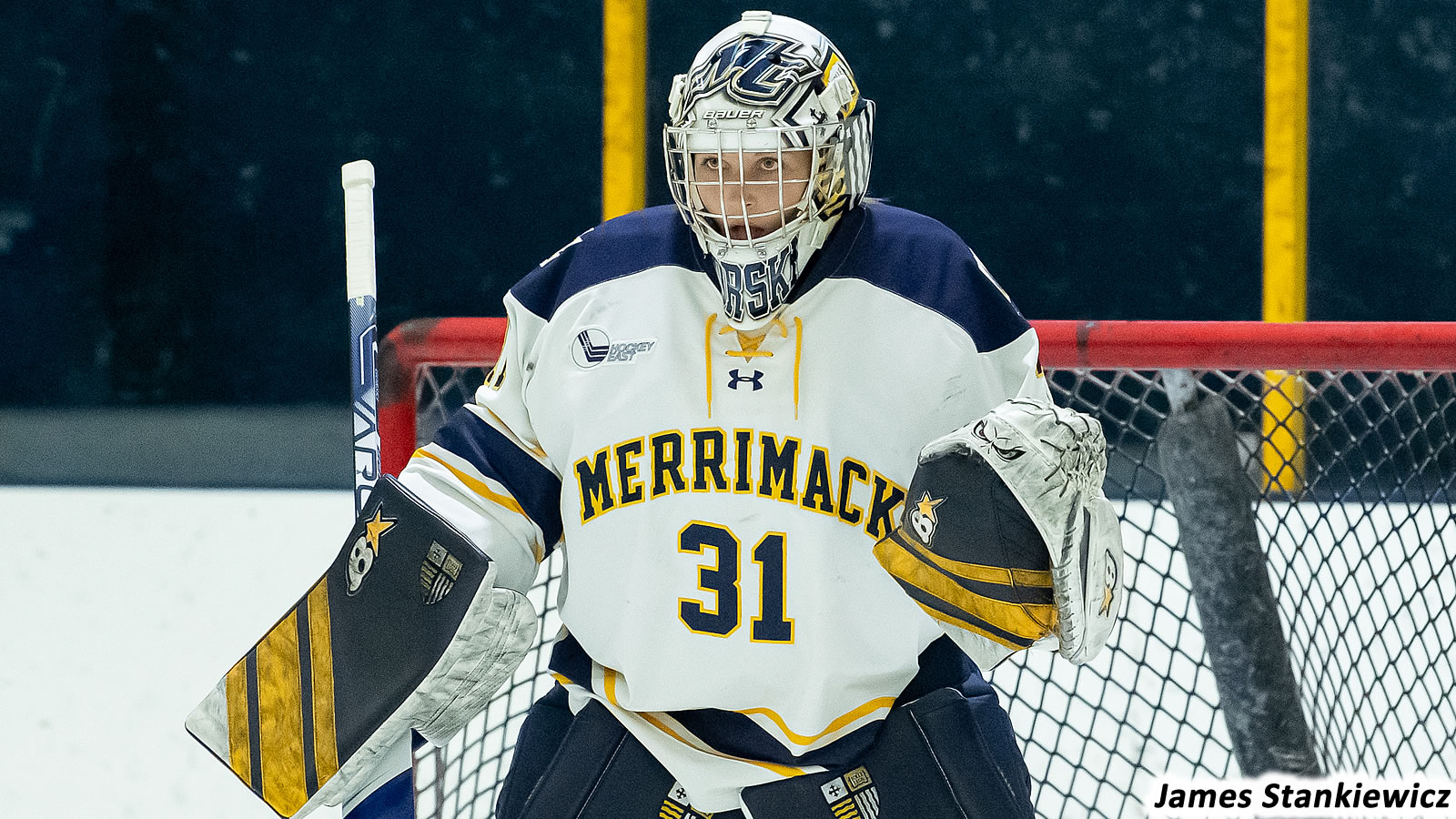 PROVIDENCE, R.I.-- Fueled by a defensive effort, the Merrimack women's hockey team earned a non-conference victory at Brown on Wednesday, backstopped by Emma Gorski's third shutout of the season.

- Teams went scoreless in the first period of the matinee, with Merrimack working a game-high 12 shots on goal through the opening frame. After an early penalty kill, the Warriors pushed offensively before closing out the period on the penalty kill.

- Merrimack's offensive opportunities continued in the second period, with Madison Oelkers earning a point-blank chance unguarded in the shot before capturing a rebound for a second shot on goal.

- The Warriors scored the game's only goal at the halfway point of the second period. On the power play, Emily Oosterveld held the puck behind the goal line, working to get space away from her defender down low. She passed up the Maud along the boards, where she held along the hashmarks before sending the pass to Teghan Inglis at the point. Inglis held the puck to find the lane before ripping home her eighth of the year.

- Early in the third, Gabby Jones looked like she was set to double the Warriors' lead on a rush with Dominika Laskova, but the captain's opportunity beat the goalie and rang off the pipe to keep it a one goal game.

- Brown doubled down on its offensive efforts in the third period, but Gorski held strong through 16 shots on goal by the Bears to earn the Warriors the win.

- Inglis has now scored the most goals by a defenseman in a single season in program history. Her eight goals surpassed the previous high of seven, set by both Paige Sorensen in 2015-16 and Dominique Kremer in 2018-19.

- The third shutout win for the Warriors is the second-most all-time in a season, behind the team's six shutout wins in the 2017-18 season.

The Warriors will return to Rhode Island to face off against Providence College on Tuesday, Nov. 30 with puck drop at 6 p.m.