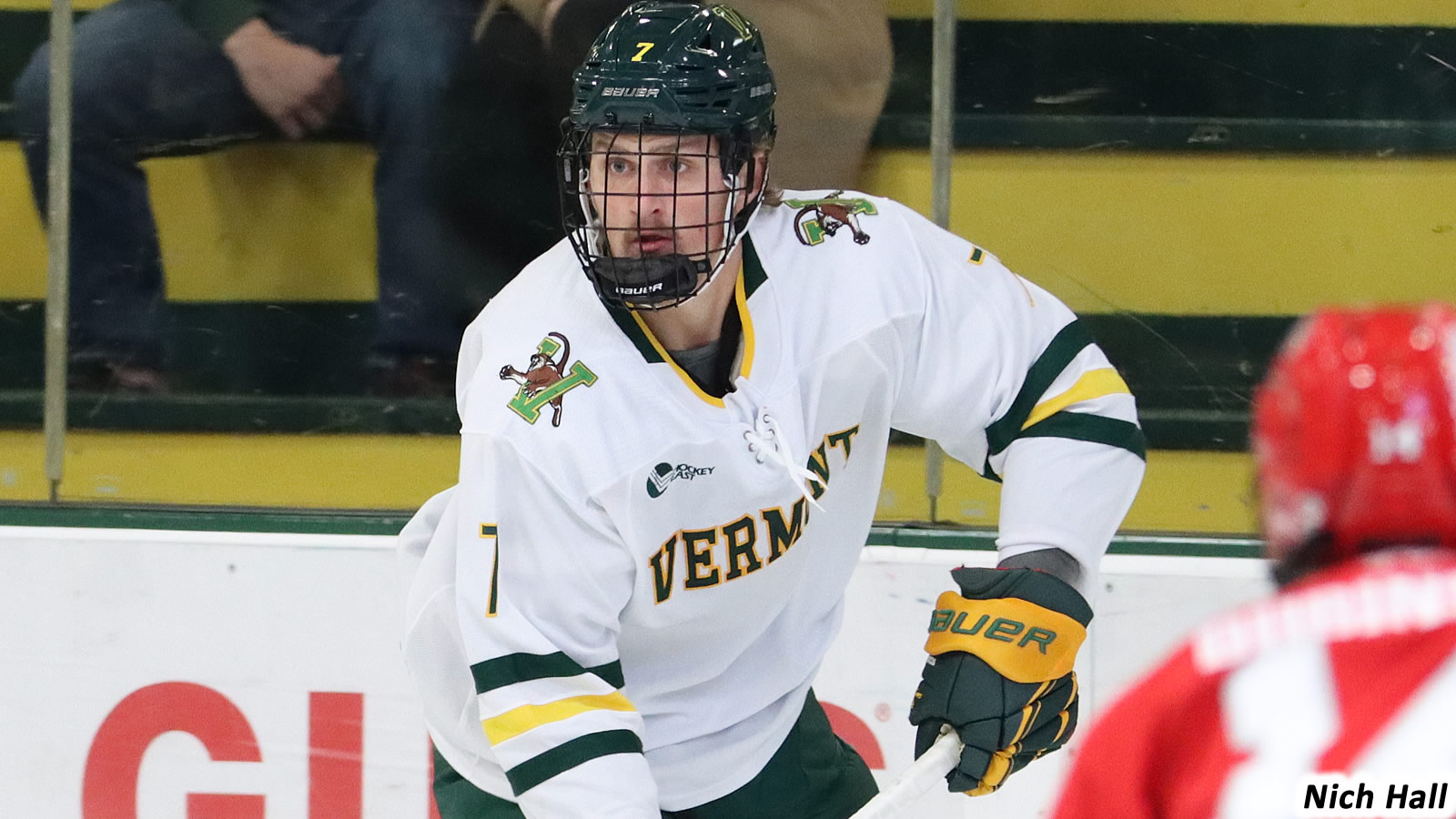 - The Bulldogs opened the scoring with two goals in the opening 4:02 of game action. Ryan Carmichael notched his first career collegiate goal 3:51 into the contest with a point shot through traffic and Graham Lillibridge converted a rebound opportunity 11 seconds later to double the lead.

- Vermont cut the lead to one on the power play with 2:07 left in the opening frame. From the blue line Robbie Stucker scored his second goal of the season with a perfectly placed wrist shot from the point. Philip Lagunov and Cory Babichuk earned assists on the goal.

- After a scoreless second period the Bulldogs scored a much-needed insurance marker with 3:54 left in regulation. A Vermont defenders clearing attempt bounced off a Yale forechecker leading to a two-on-zero rush for the Bulldogs. Teddy Wooding deked and just beat UVM's Tyler Harmon to the post for his second goal of the season.

- Just 53 seconds later Vermont responded making it a one-goal contest once again. With Andrew Lucas behind the net UVM's Will Zapernick drifted into space in the slot and Lucas fed a quick pass to him and he beat Yale's Reid with a one-timer to the far post for his first career goal. William Lemay earned the secondary assist on the tally.

- UVM called its timeout and pulled the goalie with 2:16 left in regulation seeking the game-tier. Simon Jellus won the ensuing faceoff but after a wide shot by the Catamounts Yale was able to clear and William Dineen scored in the empty net to seal the contest.

- Vermont won 56.8% of the faceoffs tonight, true to form. UVM entered the game fifth in the NCAA in faceoff percentage. Simon Jellus won a game-high nine draws for the Catamounts.

- Vermont poured 69 shots towards the Yale net, 19 of them were blocked including five by Yale's Dylan Herzog.

The Catamounts are back on the road Sunday evening as they travel to face Dartmouth at 5 p.m. The action from Thompson Arena will be broadcast on NESN and ESPN+. The voice of the Catamounts, Adam LaFleur, will also broadcast the action live on WVMT (FM 96.3 / AM 620).