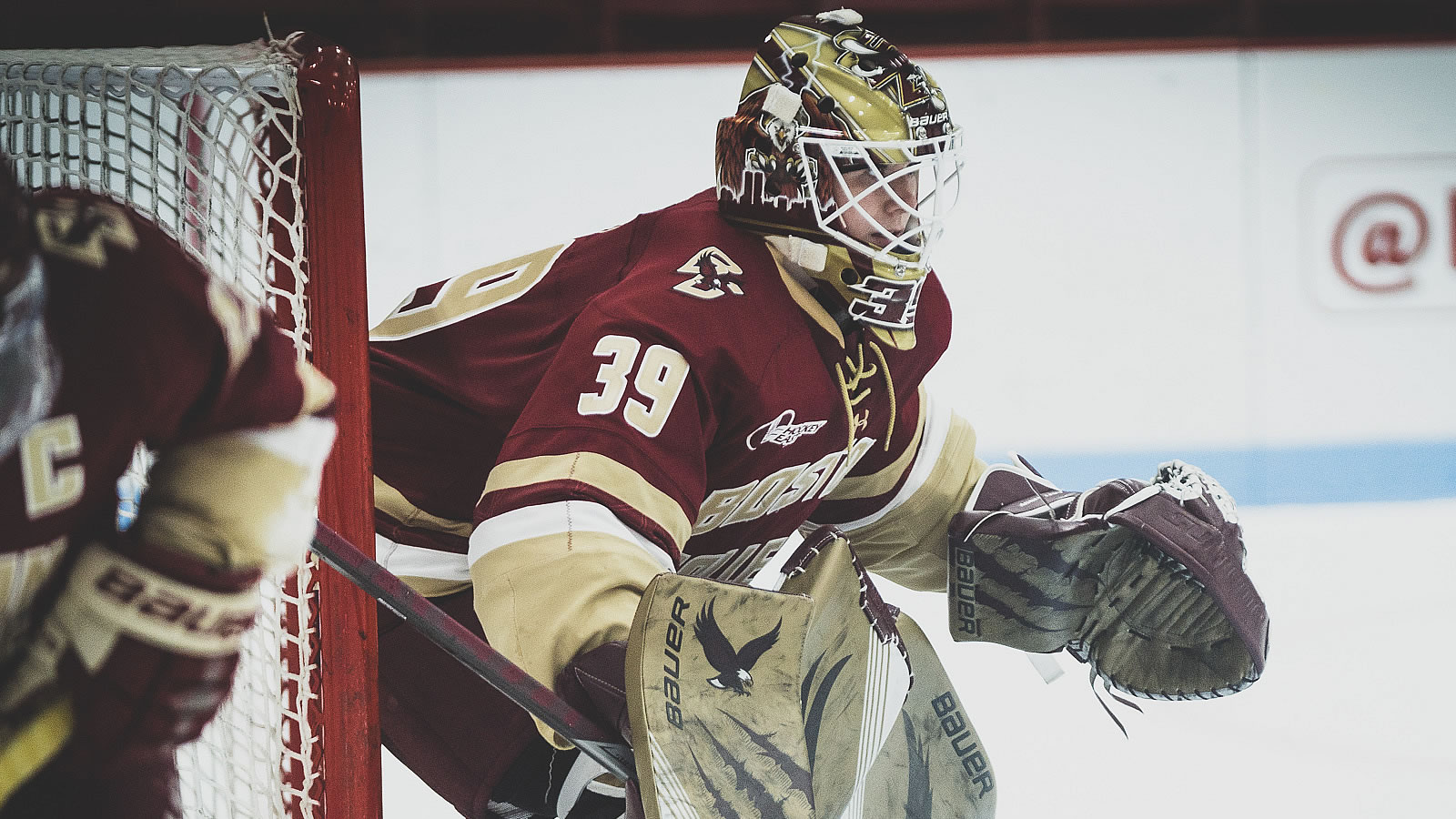 NASHVILLE - The eighth-ranked Colgate Raiders held off the Boston College women's hockey team for a 2-1 win on Friday afternoon in the first game of the Smashville NCAA Collegiate Women's Hockey Showcase at the Ford Ice Center. Goaltender Abigail Levy made a career-high 55 saves in the loss.

The Eagles will now face the loser of Minnesota-Mercyhurst tomorrow at 1 p.m.

The Raiders converted a penalty shot six minutes into the game and the 1-0 lead carried until midway through the third when Maddie Crowley-Cahill potted her first career goal. After pulling it even, the Eagles had a few more looks but it would be the Raiders that found the winner with five minutes to play.

3rd, 8:15 | 1-1, BC GOAL: Jillian Fey carried the puck behind the net and up the right boards before slipping the puck to Maddie Crowley-Cahill at the point. Crowley-Cahill's shot was deflected high and into the upper right corner of the net.

- Abigail Levy made a career-high 55 saves for the Eagles ... it was the first 50+ save performance by a BC goaltender since Molly Schaus made 73 saves against Harvard on Feb. 6, 2007.

- Gaby Roy and Willow Corson picked up their seventh and eighth assists of the season, respectively.

- Kelly Browne led BC with 16 face-off wins on the day.

Boston College will face the loser of Minnesota-Mercyhurst tomorrow at 1 p.m. at the Ford Ice Center.