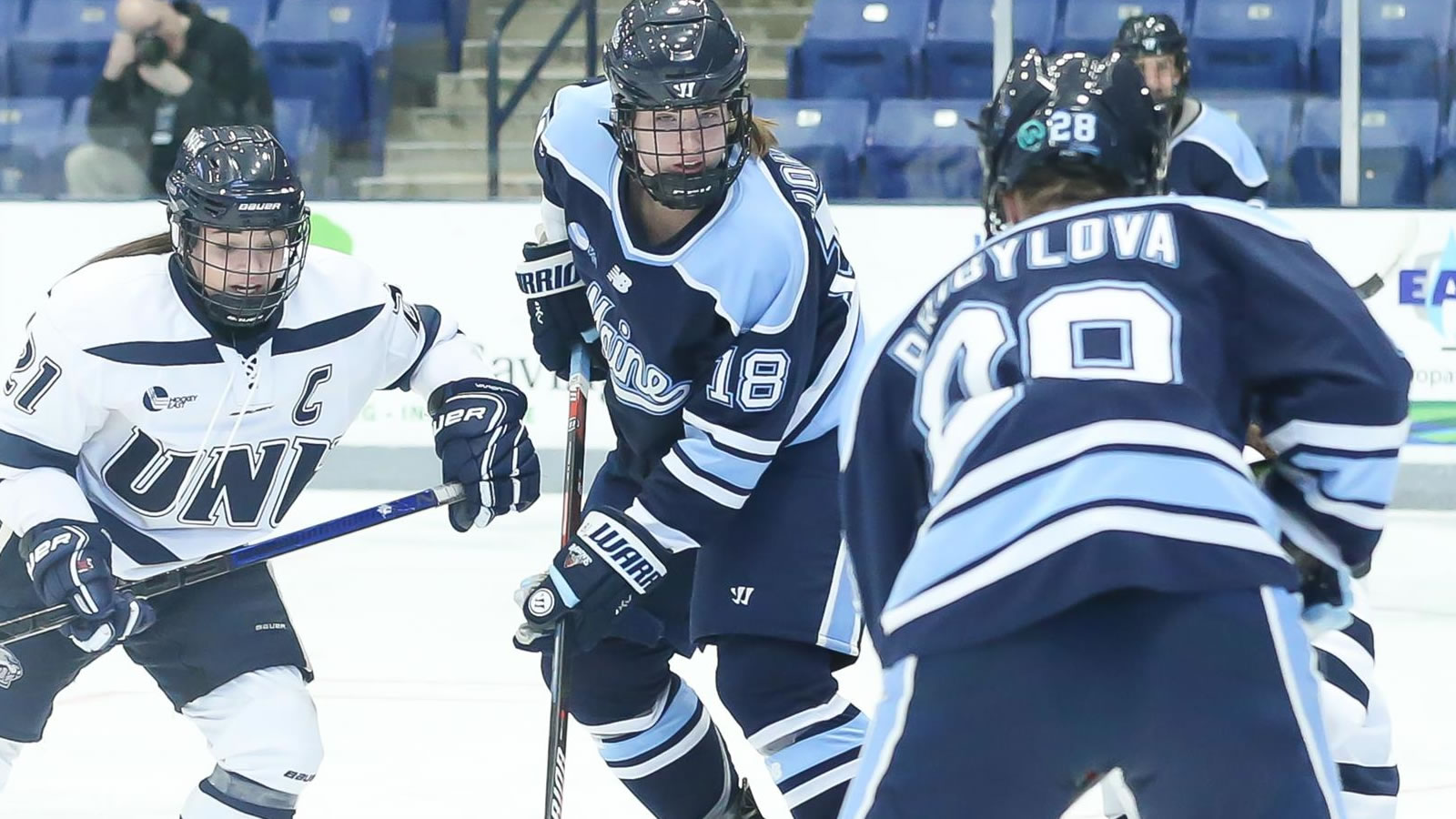 ORONO, ME - The University of Maine women's ice hockey team fell to the #9 Golden Knights of Clarkson on Friday afternoon, 4-1.

FIRST GOAL (1-0 Clarkson): Gabrielle David passed in front of the Black Bears goal to find her teammate waiting on the other side, but the puck finds an unfortunate skate of a Black Bear and winds up in the back of the net. For David, it is her 9th goal of the season. Caitrin Lonergan (16) and Nicole Gosling (12) picked up the assists.

SECOND GOAL (2-0 Clarkson): David finds the net again for her squad as she nets a buzzer-beater shot with 1.2 seasonds remaining in the period to score her 10th of the season, second of the game. Her point-blank wrist-shot came off of the Lonergan feed (17) and from Brooke McQuigge (6).

THIRD GOAL (3-0 Clarkson): David would complete the Hat Trick as she netted her third of the game just 20 seconds into the second period. Jenna Goodwin (6) and Lonergan (18) would pick up the assists on the score.

FOURTH GOAL (3-1 Clarkson): Ally Johnson found the back of the net following a slap-shot by Amalie Andersen (2). Johnson deflected the shot up and over the shoulder of Michelle Pasiechnyk to net her seventh of the season. Elise Morphy (5) also picked up an assist.

FIFTH GOAL (4-1 Clarkson): With just 6 seconds remaining in the contest, McQuigge would add a goal onto her teams total, giving her team 4, and herself 9 on the season. Lonergan (19) and Goodwin (7) picked up the assists.

Game two against Clarkson is scheduled for Saturday, Nov. 27.