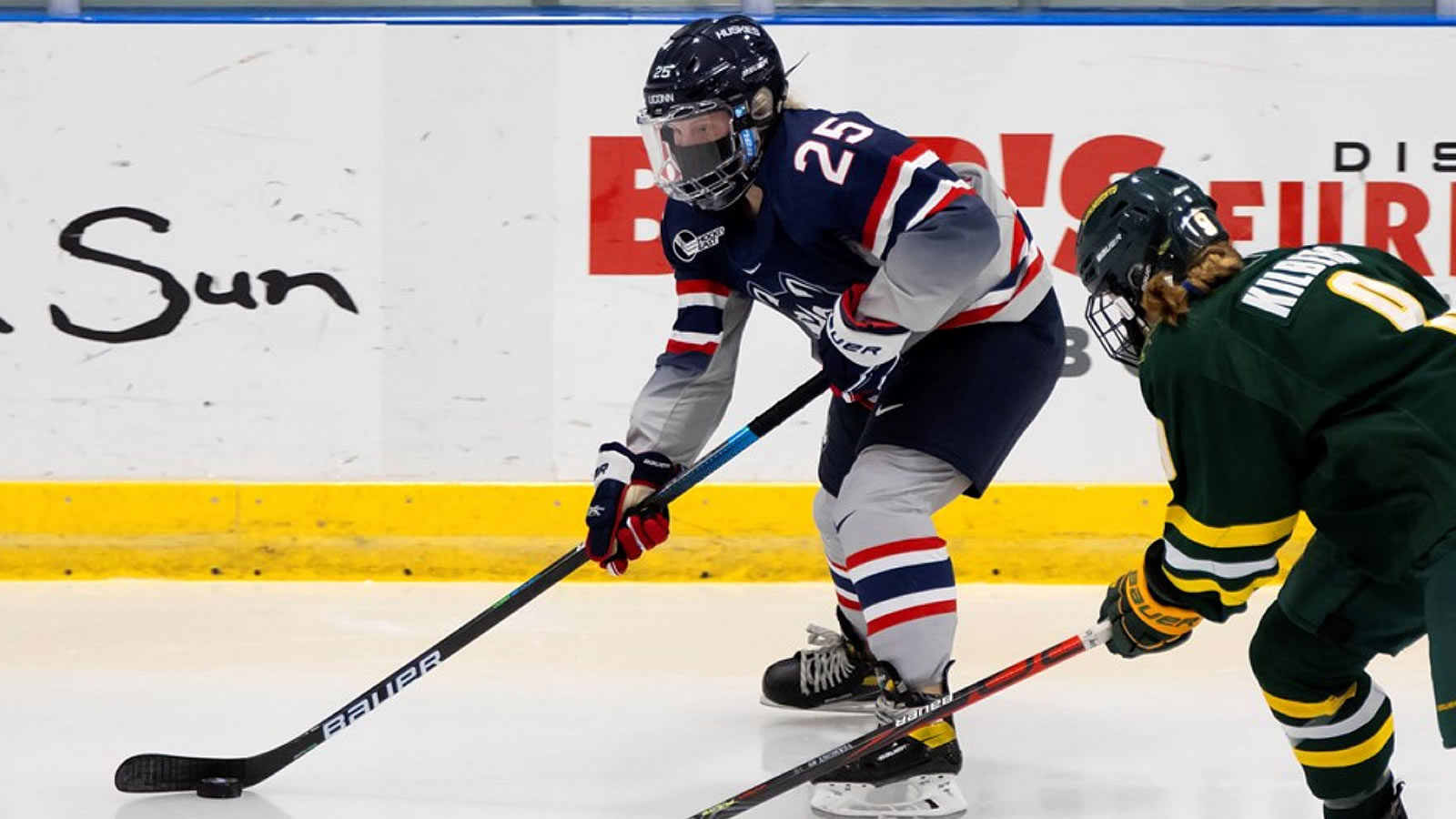 UConn started the Nutmeg classic with a bang when senior Danielle Fox scored the opening goal 50 seconds into the game. UConn did not look back from there as sophomore Jada Habisch would add a goal to give UConn the 2-0 lead. Following the two goals, UConn's defense and freshman Megan Warrener would stand strong only allowing four shots in the first period.

Sacred Heart would start the second period strong as they would score early on to cut the UConn lead to one. UConn would respond when graduate student Summer-Rae Dobson would score to give UConn the two-goal lead once again. The Huskies didn't look back as they would continue to pressure the Sacred Heart defense. The highlight of the second period came when sophomore Jada Habisch would net her second goal of the night and Viki Harkness would get her third assist. Following the goal, UConn would win the face off and immediately go on the attack. Junior Coryn Tormala would take the puck and make a beautiful centering pass to Danika Pasqua who would score to give UConn the 5-1.

UConn's defense would not let up as they prevented Sacred Heart from creating any real scoring chances. UConn's defense would only allow three shots the whole period. Jada Habisch would complete the Hat Trick early in the third to give UConn the 6-1 lead. The Huskies would hold on to win and will move on to the championship game tomorrow.

The Huskies will advance to the Nutmeg Classic Championship game tomorrow at 6:15 p.m. They will play the winner of Quinnipiac vs. Yale.