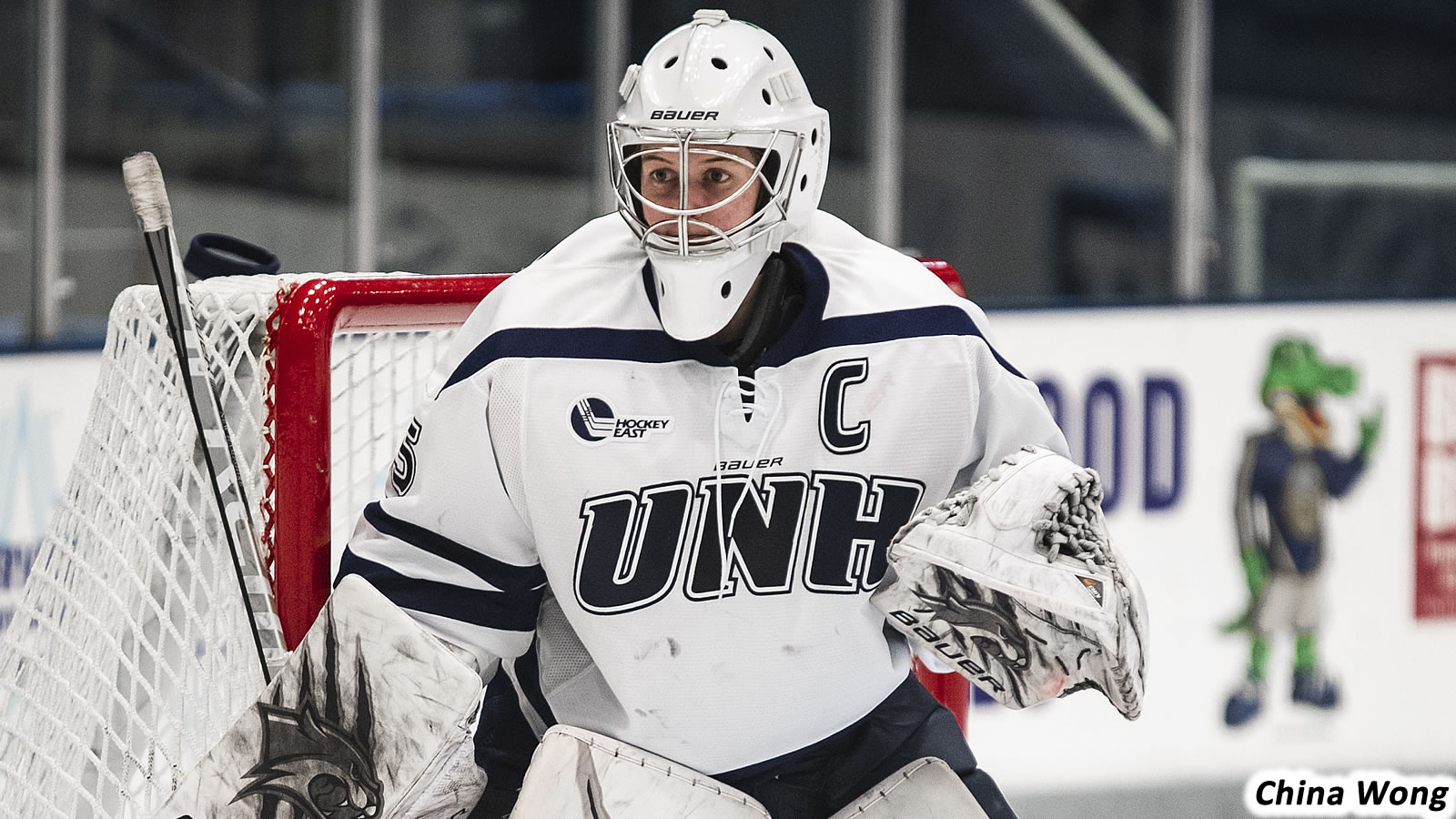 Senior goalie and captain Ava Boutilier (Charlottetown, Prince Edward Island) recorded 17 saves for her first shutout of the season and 13th of her career. She was also credited with an assist, the third of her career.

Union starting goalie Olivia Rinzel stopped 20 shots and allowed four goals in 33:47; she was charged with the loss. Hope Crisafi made 13 saves and yielded three goals in 26:09 of relief action.

- The Wildcats begin a four-game homestand with a two-game series against the University of Vermont on Dec. 3-4.

- The Wildcats were whistled for a tripping penalty 26 seconds into the game, but Union did not record a shot on goal during that skater advantage.

- Moments later, Boutilier denied Ashley Adams on the first shot of the game.

- New Hampshire advanced the puck to the other end of the ice, where freshman Kira Juodikis (LaSalle, Ontario) was turned aside by Rinzel.

- A shot from the stick of senior Emily Rickwood (Brantford, Ontario) ricocheted off the post at 4:31.

- Boutilier once again denied Adams (at 12:39) and then one minute later she did the same to Maddie Suitor.

- UNH went on its first power play of the game and junior Tamara Thiérus (Saint-Jérôme, Quebec) scored 12 seconds later to extend the lead to 2-0 at 17:32. Juodikis and junior Annie Berry (Milton, Mass.) were credited with assists.

- Boutilier stopped both the initial shot and attempt off the rebound by Grace Heiting in the 19th minute to keep UNH advantage at two goals.

- The Wildcats had a push in the closing minute, but freshman Brooke Hammer (Commerce Township, Mich.) and Brooks were turned away by Rinzel.

- UNH scored three more goals with a 14-4 shot advantage in the second stanza.

- The Wildcats did not convert on that two-skater advantage but scored on the continuation of the power play to take a 4-0 lead at 13:47. Brooks potted the goal with the assistance of Legros and Boutilier.

- Crisafi replaced Rinzel in the Dutchwomen's net at that point.

- New Hampshire scored just 11 seconds later, however, on Truter's goal at 13:58 that was set up by Rickwood and sophomore Kyla Bent (Halifax, Nova Scotia) and extended the advantage to 5-0.

- UNH outshot the hosts 13-5 and potted two more goals in the third period.

- Union opened the final frame with 79 seconds remaining on a power play, but Boutilier stopped the only shot she faced to keep the margin at five goals.

- Christian's second goal of the game pushed the lead to 6-0 at 4:41. Brooks picked up her second assist and Legros increased her assist total on the night to three.

- Senior defenseman and captain Maddie Truax (Gardner, Mass.), with an assist from Shea Verrier (Reading, Mass.), capped the scoring at 15:41.

- The Wildcats went 2-for-4 on the power play and were a perfect 3-for-3 on the penalty kill.

- Union had the slightest of advantages, 17-16, in the faceoff circle.

- Brooks, who entered the weekend as the leader in Hockey East faceoff winning percentage, won 6 of 9 faceoffs.

- The 'Cats blocked 17 shot attempts in comparison to Union's eight.

- Legros, Rickwood and Truax all finished with a game-high +3 rating.

- A total of 15 Wildcats recorded a point.

- Legros had not recorded multiple assists or points in a game prior to this.

- Christian scored a goal for the second consecutive game, and she has recorded a point in four of the last five games with a goal in three of them.

- Brooks matched her season and career high of two points.

- Juodikis extended her point streak to three games with her assist; she has a goal and two assists in the streak.

- The seven goals marked the highest by the 'Cats since Oct. 14, 2017, when they were 9-1 victors against College of the Holy Cross.

- UNH has a 3-1-0 lifetime record against Union College.

- The visiting team has won all four games.