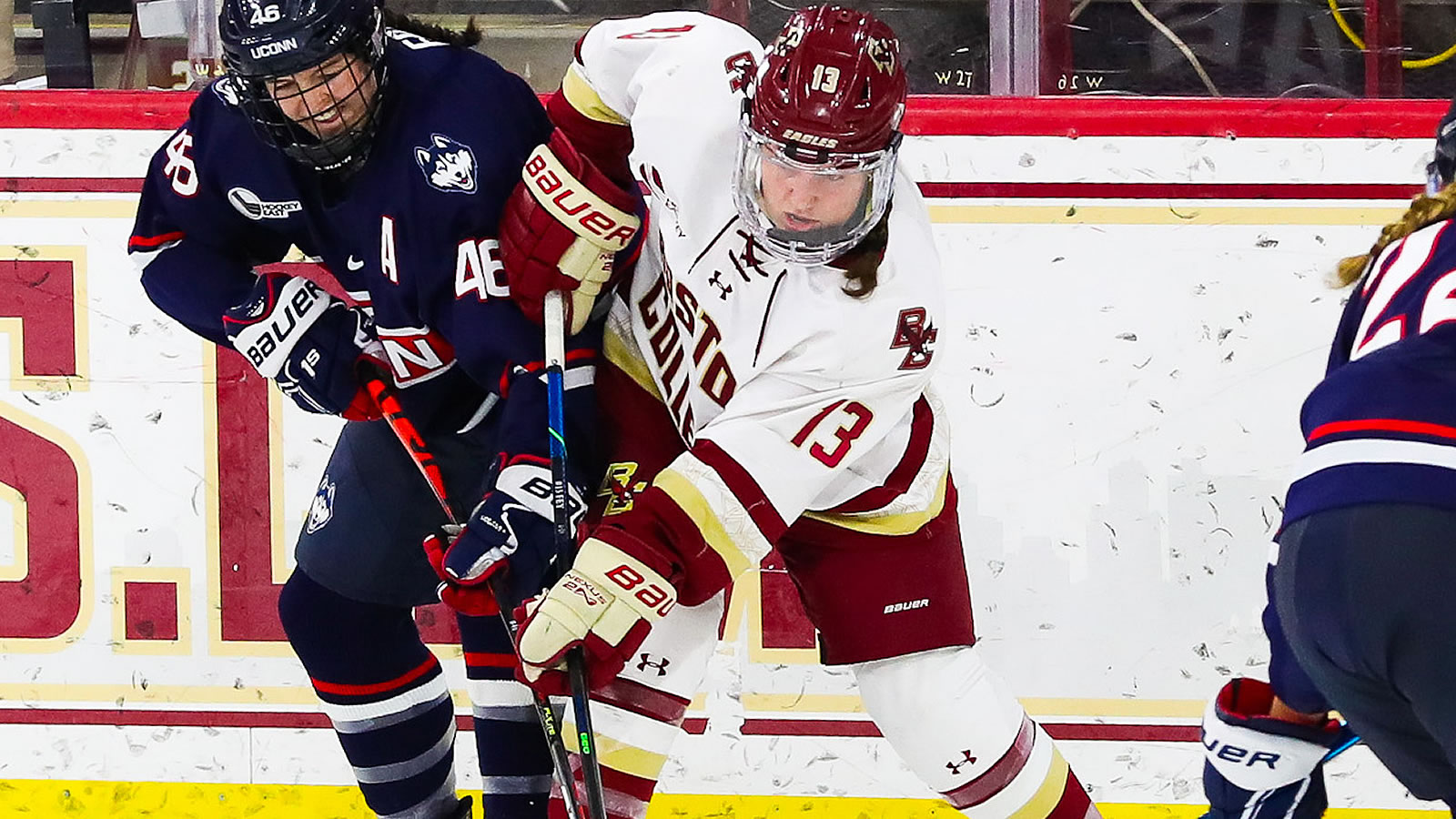 The Lakers scored midway through the first period but Jillian Fey ripped a top-shelf point shot five minutes later to pull it even. Mercyhurst potted the next two goals to take a 3-1 lead. Gaby Roy pulled the Eagles within one but the Lakers found an insurance goal early in the third period for the 4-2 final.

- BC now holds a record of 3-7-0 all-time record against Mercyhurst ... head coach Katie Crowley is 2-3-0 against the Lakers.

- Abigail Levy made 47 stops for the Eagles ... it marks the 14th time this season that Levy has made 30 or more saves.

- Kelly Browne led BC with 12 face-off wins on the day.

- Hannah Bilka led the Eagles with seven shots on goal.

Boston College will head to Maine for two games next week, facing the Black Bears on Friday, Dec. 3 and Saturday, Dec. 4 at Alfond Arena.