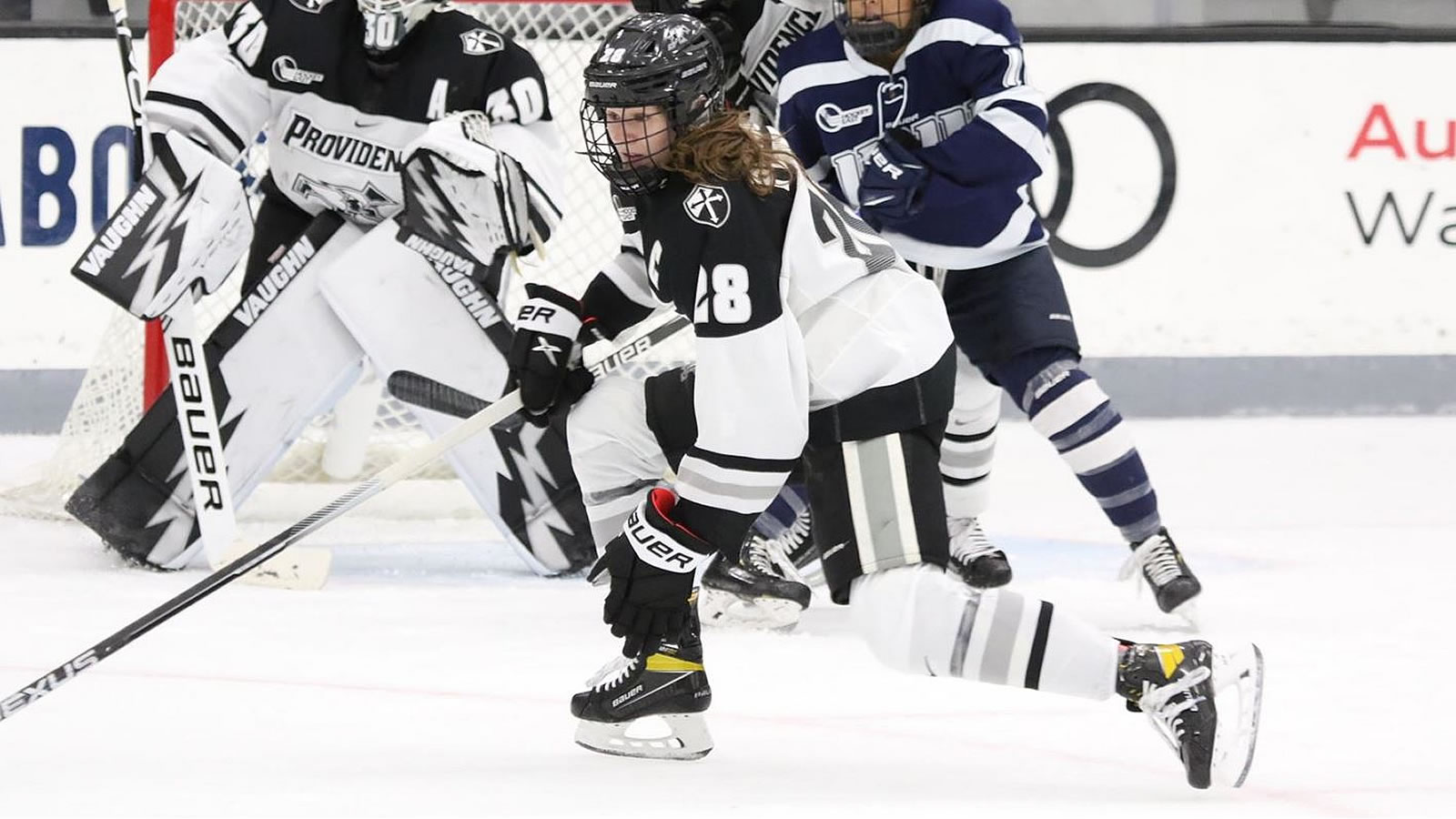 - Shay Maloney put the Brown Bears on the board first, 1-0, unassisted at 9:59 of the opening period.

- Ashlyn Garnett (Dartmouth, Nova Scotia) found the equalizer for Providence, 1-1, with just 36 remaining in the first period. The goal, assisted by Brooke Becker and Sara Hjalmarsson, was Garnett's first career goal as a Friar.

- Brown scored the lone goal of the second period at 8:06 by Shay Maloney, her second of the night, to carry a 2-1 lead into the second intermission.

- Providence's action packed third was started by Ciara Barone (North Tonawanda, N.Y.) who evened things out for the Friars, 2-2, at 5:37. Barone was assisted by Isabelle Hardy (Oakville, Ontario) and Caroline Peterson (East Falmouth, Mass.) on her second goal of the season.

- Peterson scored the game-winner, 3-2, on the rebound less than a minute later at 6:29. Lindsay Bochna (Toronto, Ontario) earned the sole assist on the play.

- Bailey Burton (Bloomington, Minn.) found the back of the net through traffic, 4-2, to earn some insurance for the Friars in the final four minutes of play. On her first goal of the season, Burton was assisted by Hayley Lunny (Bedford, N.Y.) and Bochna.

- Mireille Kingsley (Sudbury, Ontario) stopped 17 of 19 shots faced in net for a .895 save percentage.

- Providence takes home the Mayor's Cup for the sixth-consecutive year, marking the first time either school has captured six titles in a row.

Providence will be back at Schneider Arena this Tuesday, Nov. 30 for a 6:00 p.m. Hockey East matchup against Merrimack College.