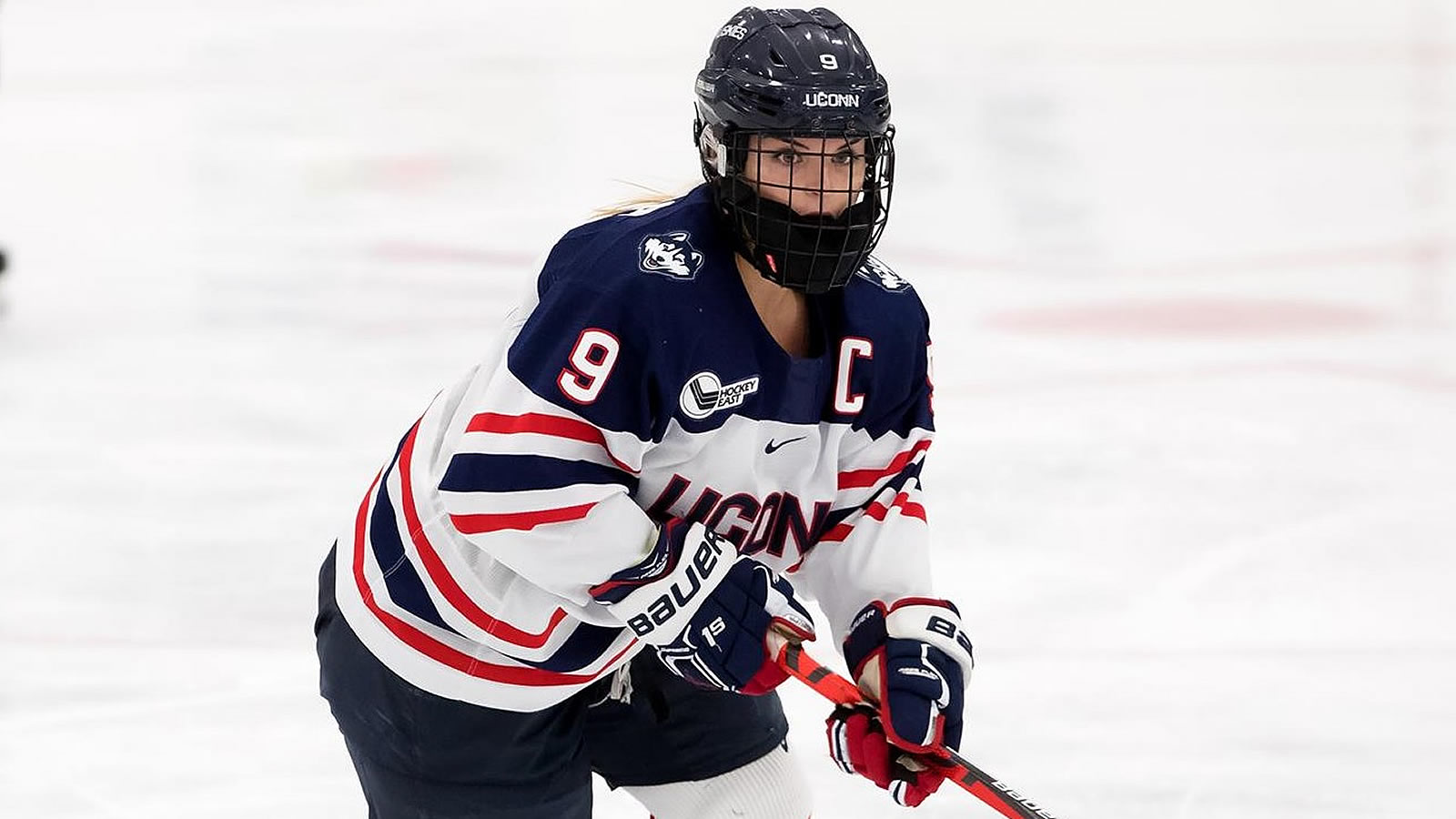 Senior forward Natalie Snodgrass posted a goal and an assist for the Huskies
UConn Topped by Quinnipiac, 3-2, at Nutmeg Classic

STORRS, Conn. - The University of Connecticut women's hockey team fell in the championship game of the Nutmeg Classic to #5 Quinnipiac by a score of 3-2.

The first period was a physical defensive battle from the start. UConn and Quinnipiac traded blows both creating multiple scoring chances. Quinnipiac would get on the board first late in the first period. UConn would continue to threaten but was unable to find the back of the net. The Huskies best scoring chance of the first period came when senior Danika Pasqua fired a shot that rang off the post. The period would end and with Quinnipiac maintaining the one goal lead.

UConn would start the second period aggressive, keeping peppering the Quinnipiac goaltender with shots. Eventually UConn would tie it up when graduate student Natalie Snodgrass would fire the shot right over the goaltender's shoulder. Quinnipiac would respond two minutes later to give them the lead once again. The period would end with Quinnipiac holding a 2-1 lead.

The third period would begin and both teams played physical and with energy. Quinnipiac dominated the start of the third period however, UConn began to break them down. UConn would eventually tie the game with a goal scored by graduate student Morgan Wabick assisted by Natalie Snodgrass. With the game tied Quinnipiac once again turned up the intensity and responded with a goal of their own to take back the lead. With time winding down in the third period UConn would go on the power play. UConn's best chance to tie the game came on the last power play as Natalie Snodgrass would fire the shot that would hit the crossbar and just barely miss the back of the net. Quinnipiac would hold on to end up winning the Nutmeg Classic Championship.

UConn will return to the ice Friday December 3 as they take on Holy Cross. Puck Drop is scheduled for 6:30 p.m. at Freitas Ice Forum in Storrs, Connecticut.