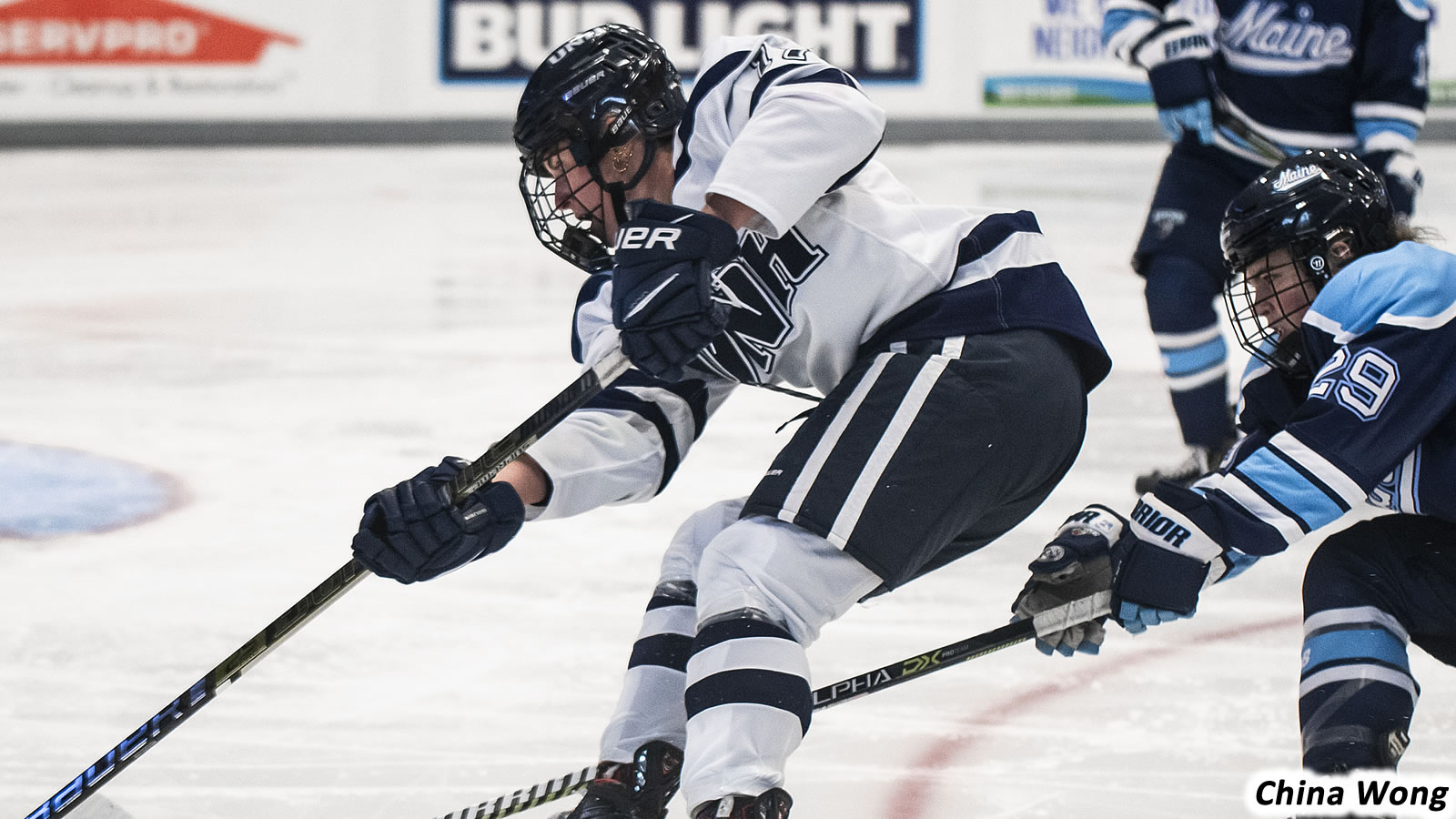 Union goalie Sophie Matsoukas, in her third start of the season, was credited with 20 saves.

New Hampshire begins a four-game homestand at the Whittemore Center with a two-game series against the University of Vermont on Dec. 3-4.

- UNH went on the first power play of the game at 7:38 and fired three shots on Matsoukas, but she turned aside all three to keep the game scoreless.

- The Wildcats were whistled for interference at 17:34, but Boutilier killed the Dutchwomen's power play with two saves.

- Both teams netted a goal in the second period as Union had the 11-7 shot advantage.

- UNH went on its third power play of the game at 3:37 but the Dutchwomen held the Wildcats without a shot.

- Union had another power play at 6:51 and this time Boutilier made three saves to kill the penalty and keep the game scoreless.

- The Wildcats took a 1-0 lead at 14:34 when senior captain Lauren Martin (Cambridge, Ontario) snapped a one-timer from the low slot into the net. Senior Paige Rynne (Ancaster, Ontario), who won the puck out of the right corner, and sophomore Chavonne Truter (Uxbridge, Ontario), with the feed in front, were credited with assists.

- Union recorded a 9-8 shot advantage in the third period, but it was the Wildcats who stored all three goals in the final frame.

- Thiérus jammed the puck into the cage at the front doorstep just 11 seconds into the third period to put the 'Cats back in front, 2-1.

- Brooks extended the advantage to 3-1 on a shot from the inner-left circle. Thiérus initiated the sequence with a pass through the neutral zone. Truax, who had just exited the penalty box, corralled the puck at the blue line and fed a pass ahead to Brooks for the goal.

- Truax netted an unassisted goal at 14:16 to push the lead to 4-1. Truter fed the puck to Martin and the right doorstep and her shot was stopped by Matsoukas. A Dutchwomen skater cleared the puck from the crease, but Truax kept the puck in the zone at the right point and fired a shot through traffic into the upper-right corner.

- The Wildcats were scoreless on four power plays but were perfect on six penalty kills.

- Boutilier's shutout streak ended at 98 minutes, 41 seconds; she had a clean sheet - her first shutout of the season - against the Dutchwomen on Friday night.

- Brooks recorded a goal and an assist in both games of the weekend series at Union.

- Thiérus scored a goal in both games and totaled three points.

- Truax also netted a goal in both games and finished with three points.

- Truter had three points in the two-game series with a goal and two assists.

- Both Martin and Rynne had a goal and an assist in the series.

- UNH has a 4-1-0 lifetime record against Union College.

- The visiting team has won all five games.