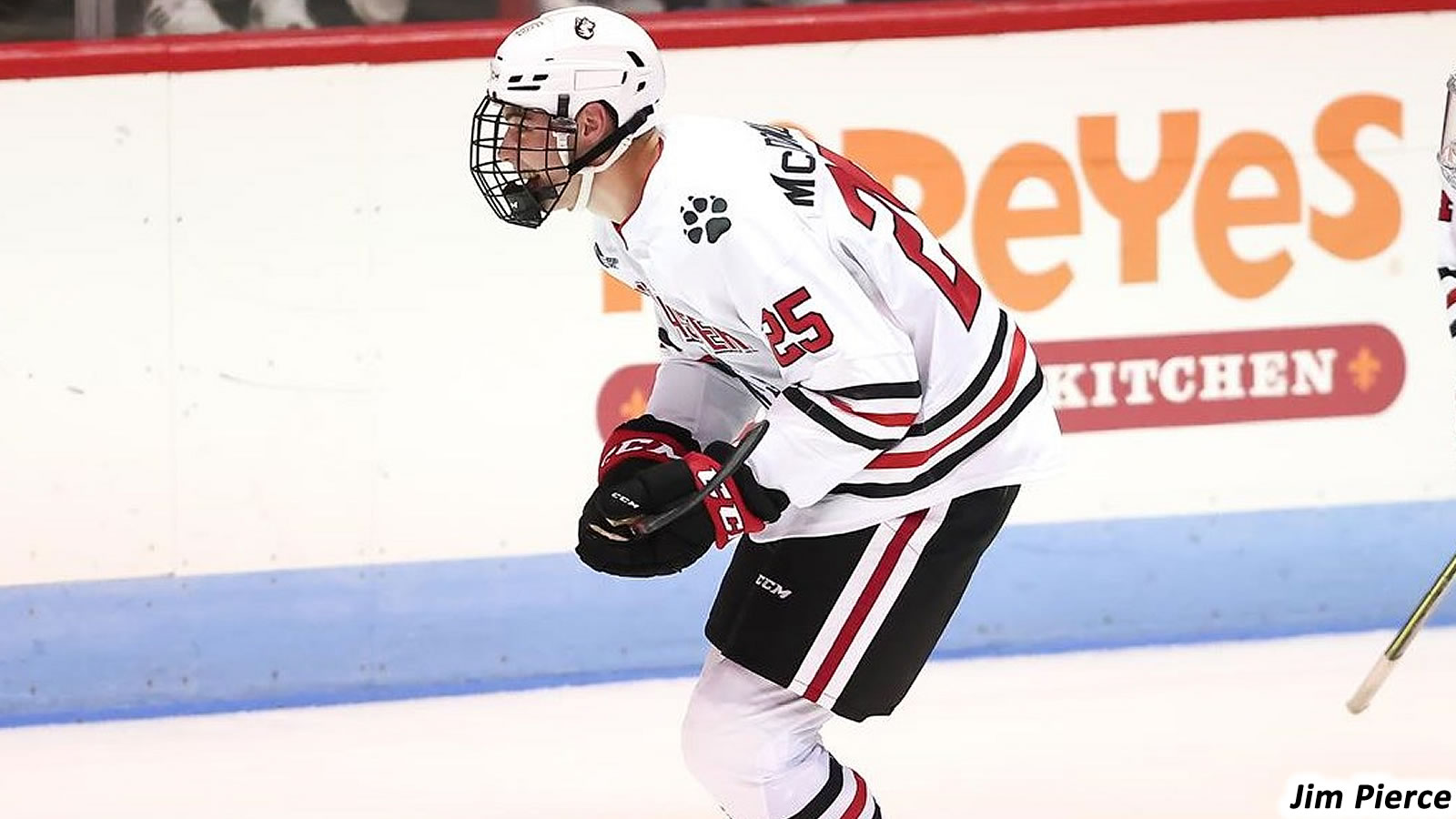 BOSTON, Mass. - Trailing 1-0 entering the third period, the No. 18 Northeastern men's hockey team responded with goals from Aidan McDonough and Matt Choupani, while Devon Levi (20 saves) and the Husky defense killed off a late penalty in regulation to pick up a 2-1 victory on Sunday afternoon at Matthews Arena.

The Huskies improve to 8-1-1 in its last 10 games and earned its sixth one-goal victory of the season.

- RPI got on the board six minutes into the second period, capitalizing on a Northeastern turnover in the offensive zone as James McIsaac scooped up a loose puck and sent Jack Brackett in on a breakaway, who beat Levi five-hole for his first of the season.

- Northeastern found its spark early in the third period, leveling the game at one on McDonough's team-leading 13th of the season. With the Huskies in transition, Matt Choupani left a one-touch pass for Matt Demelis entering the attacking zone. Demelis then found McDonough coming across the blue line, fed him with a pass and McDonough did the rest, rifling a shot top corner to make it 1-1.

- The Huskies took their first lead of the afternoon with 4:12 to play in regulation when Choupani potted his third of the season when he took a feed from Demelis, made a quick cut into the slot and shelved a backhand over the right shoulder of Marshall for the eventual game-winner.

Shots favored the Huskies 24-21 in the game, while faceoffs were even at 21 apiece

The Huskies will return to Hockey East play this weekend for a home-and-home set with Providence, beginning on Friday night at Schneider Arena at 7 p.m.