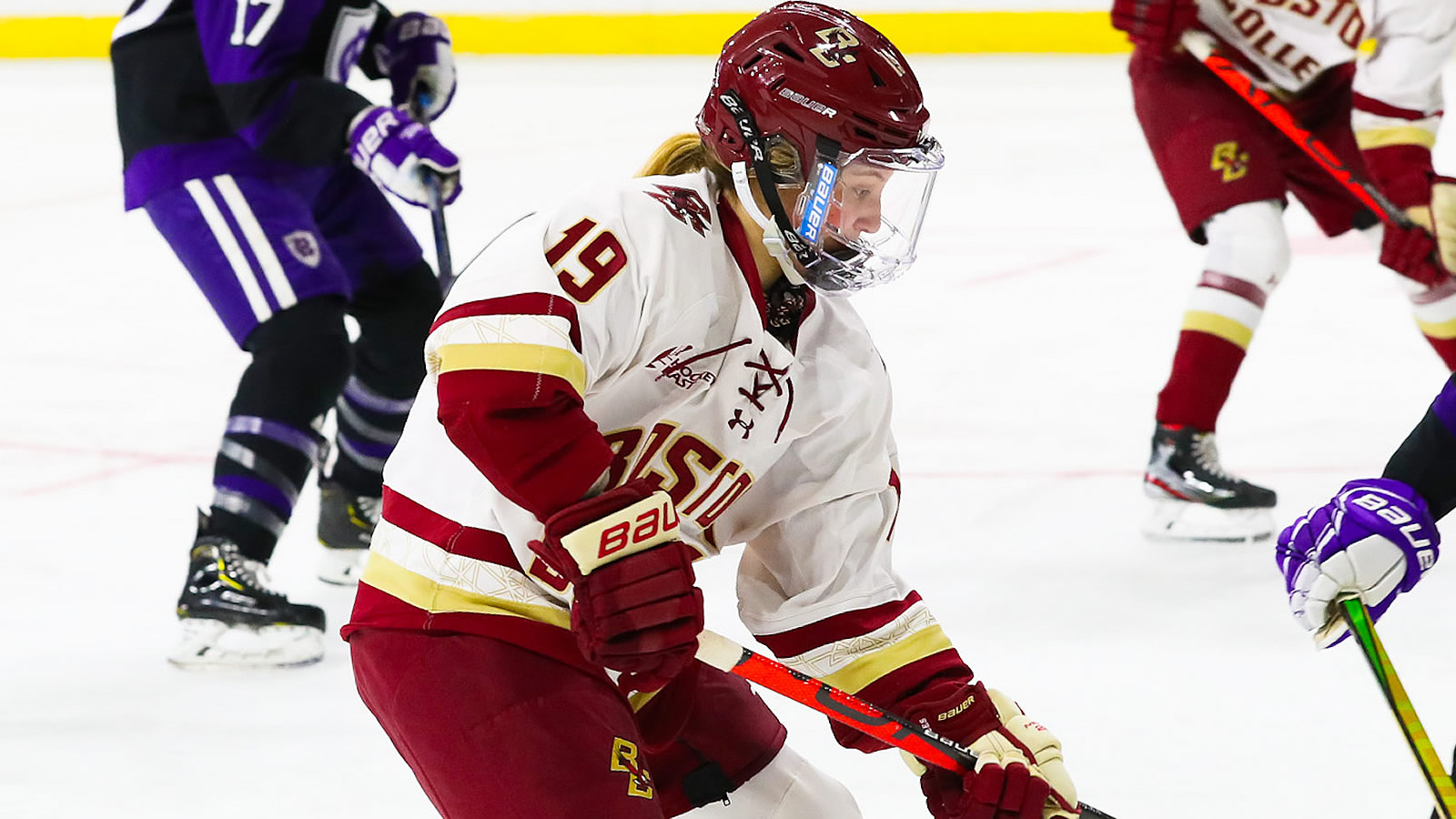 The Eagles took a 2-0 lead eight minutes into the period thanks to goals from Alexie Guay and Bilka just 32 seconds apart. Maine found the back of the net later in the frame and then potted a goal on the power play early in the second to tie things up. After Carolina Goffredo's fourth of the year gave BC the lead again, the Black Bears were able to force overtime. Bilka then scored 27 seconds into overtime to give the Eagles the win.

- Kelly Browne's three assists marked her 12th career multi-assist game and 22nd career multi-point game ... this marked the 14th time in her career that Browne has assisted on a game-winning goal.

- With one goal and one assist, Alexie Guay recorded her eighth career multi-point game.

- Abigail Levy finished with 24 saves for the Eagles.

- Maddie Crowley-Cahill led BC with three blocked shots on the day.

Boston College and Maine will close out the Hockey East regular season series tomorrow afternoon with another 2 p.m. puck drop at Alfond Arena.