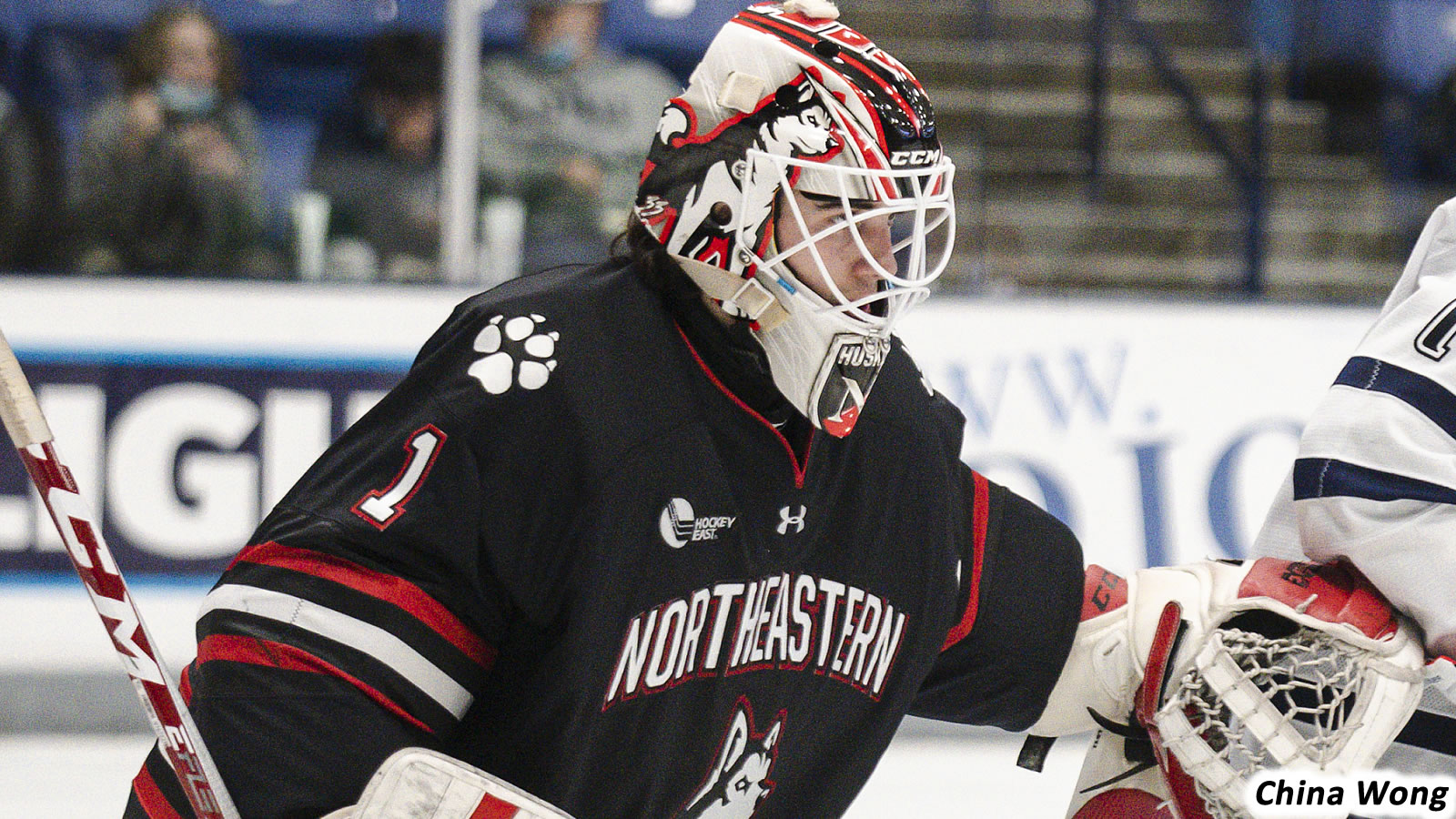 PROVIDENCE, R.I. - Sophomore netminder Devon Levi helped lead a defensive effort by No. 16 Northeastern (12-4-1, 6-3-1 Hockey East) over no. 13 Providence (12-6-0, 6-4-0 Hockey East) on Friday evening at Schneider Arena. Levi backstopped the Huskies' defense with 37 saves while the skaters in front of him suffocated the Providence forwards and blocked 13 shots.

- Northeastern faced a five-minute penalty kill midway through the first but kept the Friars off the board.

- Just two minutes after the penalty kill, Alex Mella (2) stole the puck in the neutral zone and sent it up to Fontaine (3) who charged the net on a one-on-one and finished his chance to put Northeastern up 1-0 with 53 seconds to play in the opening frame.

- Northeastern got its first power play opportunity in the second period, but were unable to convert.

- Neither team found the back of the net in the second; Providence held the slight advantage in shots, 11-10.

- The Huskies held off the Providence attack in the final frame, and on a power play with the goaltender pulled, the Friars turned over the puck to the Jakov Novak (1) who skated down the ice and waited for Matt Choupani (4) to find an opening for the empty-net goal, extending Northeastern's lead to 2-0.

- Devon Levi shutout was his NCAA-leading sixth of the season, which sets a new team record for single-season shutouts by a single goaltender.

The two teams face off again in Matthews Arena on Saturday night, December 4, on NESN. Puck drop is scheduled for 7pm.