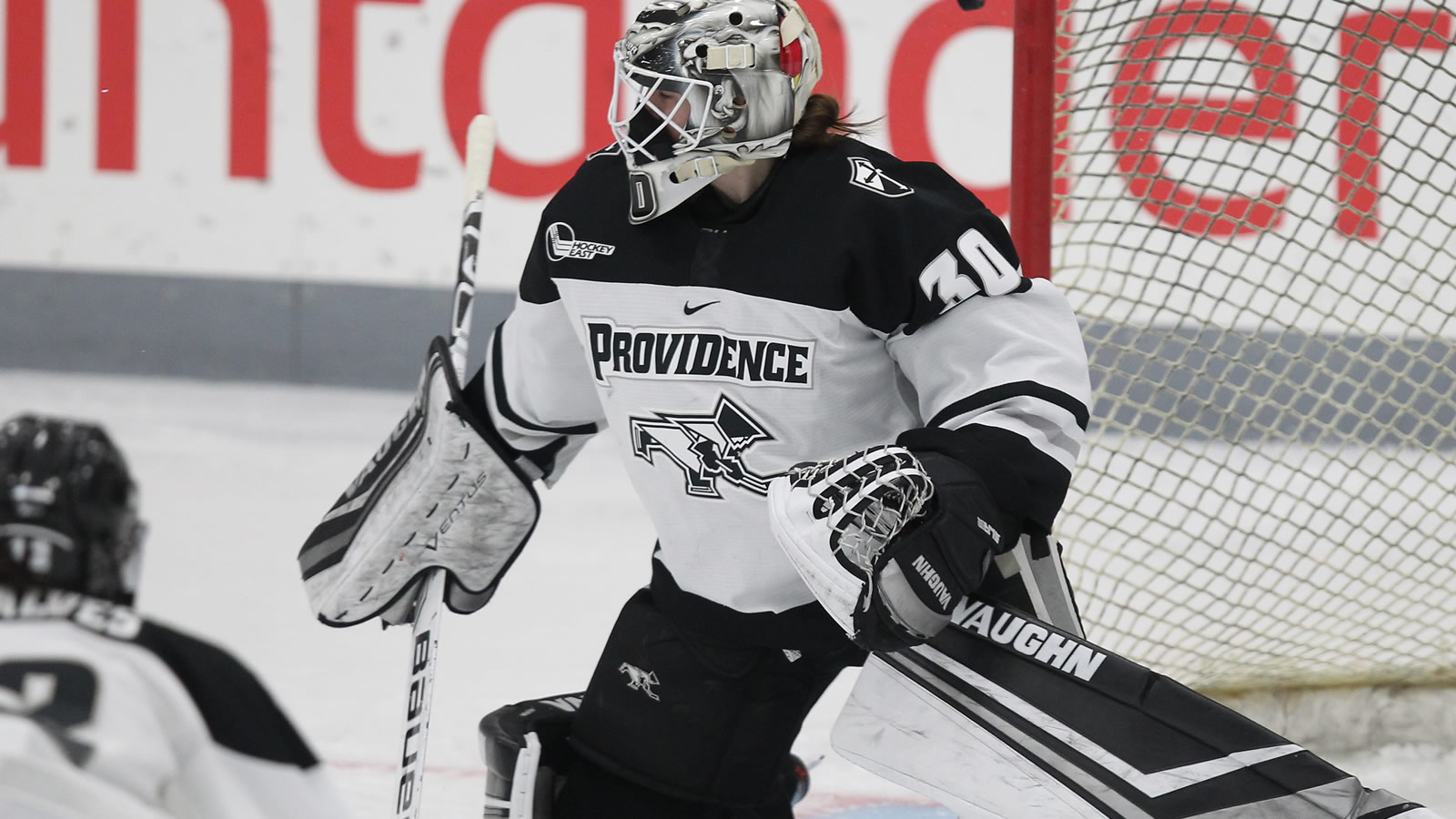 PROVIDENCE, R.I. - The Providence College women's hockey team defeated the Princeton Tigers, 1-0, in game one of a non-conference series matchup on Friday, Dec. 4 at Schneider Arena. Senior Sara Hjalmarsson buried the game-winner 3:33 into the second period on the power play while Sandra Abstreiter picked up her second shutout of the season, with 34 saves.

- Both teams skated through the opening twenty scoreless.

- Sara Hjalmarsson (Bankeryd, Sweden) scored the lone goal for the Friars, and the game-winner, at the 3:33 mark of the second period on the power play. Hjlamarsson was assisted by Hayley Lunny (Bedford, N.Y.)

- Sandra Abstreiter (Freising, Germany) tallied 34 saves for her second shutout of the season and eighth shutout of her career.

- Graduate student Hayley Lunny broke the record for most games played in program history, with 147.

The Friars will return tomorrow, Saturday, Dec. 4 for the series finale against Princeton. Puck drop is set for 4:00 p.m. at Schneider Arena.