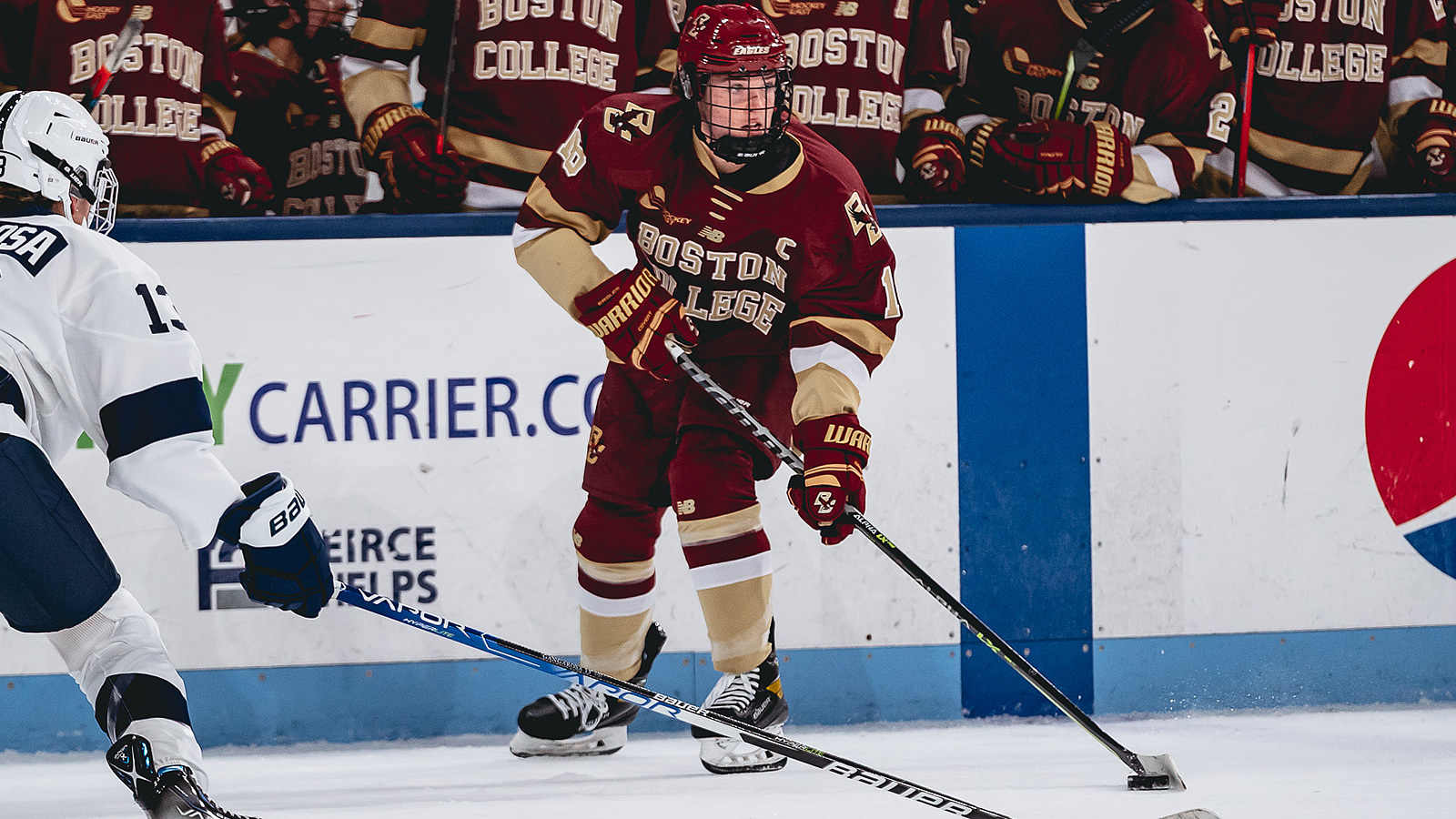 The Black Bears scored just over five minutes into the game to take a 1-0 lead that would hold until the final 90 seconds of the third period. With Abigail Levy on the bench for an extra attacker, Hannah Bilka scored her seventh goal of the season to send the game to overtime. Bilka then set up Browne's winner to complete the weekend sweep.

- Hannah Bilka recorded her 18th career multi-point game and fourth career assist on a game-winning goal ... she capped the weekend with four points on three goals and one assist.

- Abigail Levy finished with 39 saves for the Eagles ... it is the 15th time this season that Levy has recorded 30-or-more saves in a contest.

- Five of the last six meetings between Maine and BC have been decided in overtime ... the Eagles are 3-1-1 in those contests.

Boston College will close out the first semester with a single game at Vermont next weekend on Friday, Dec. 10.