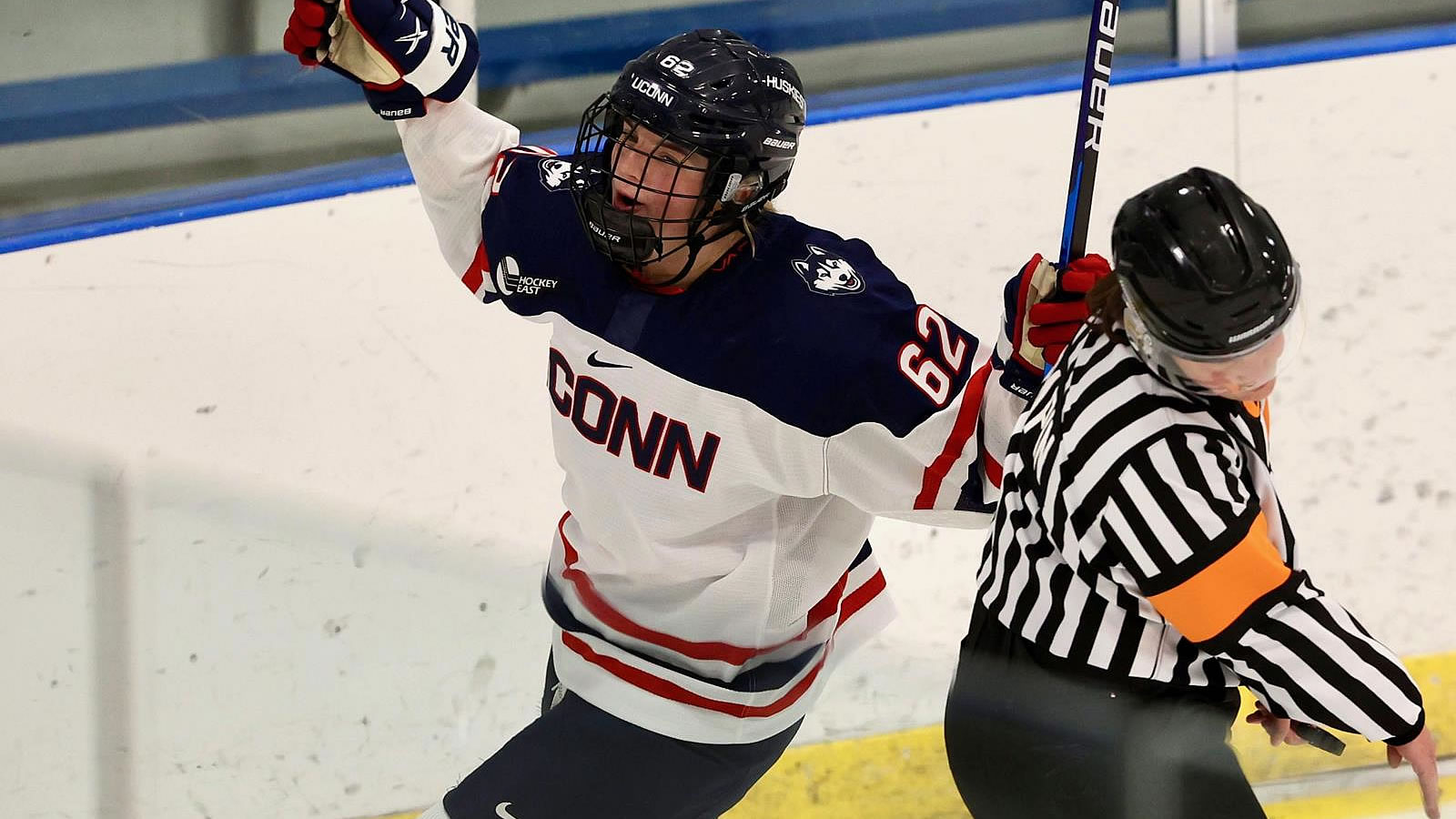 WORCESTER, Mass. - The University of Connecticut women's hockey team finished the weekend sweep of Holy Cross with a 4-1 victory behind a two goal one assist day from graduate student Summer-Rae Dobson.

The first period was a battle of defenses as neither team was able to generate many scoring chances. UConn would have a chance to get on the board first when midway through the first period however the Holy Cross goaltender would make a flurry of saves keeping the game scoreless. Holy Cross would get on the board first late in the first to take a 1-0 lead heading into the break.

The second period began with Holy Cross dominating the possession. UConn would eventually tie it up when Summer-Rae Dobson would take the cross-ice pass from graduate student Natalie Snodgrass and fire the shot right past the Holy Cross goaltender. The goal by Summer would kickstart the UConn offense, as they would use the momentum to pressure the Holy cross defense. The huskies would end up drawing a penalty midway through the second period. On the power play graduate student Taylor Wabick would receive a pass from Summer-Rae Dobson and fire a shot that would sail right past the goaltender to give UConn the 2-1 lead heading into the third.

UConn would come out firing in the third period scoring only a minute into the period. The goal was scored by Summer-Rae Dobson her second on the night to help increase the UConn lead. With the two goals and one assist on the night Dobson is approaching 100 career points. The Huskies would seal the victory on a empty net goal scored by Jada Habisch. With the win, UConn heads into the holiday break 14-4-2 on the season.

Following the holiday break, the Huskies will return to the ice January 7 as they travel to Burlington Vermont to take on the University of Vermont. Puck drop is scheduled for 6:00 p.m.