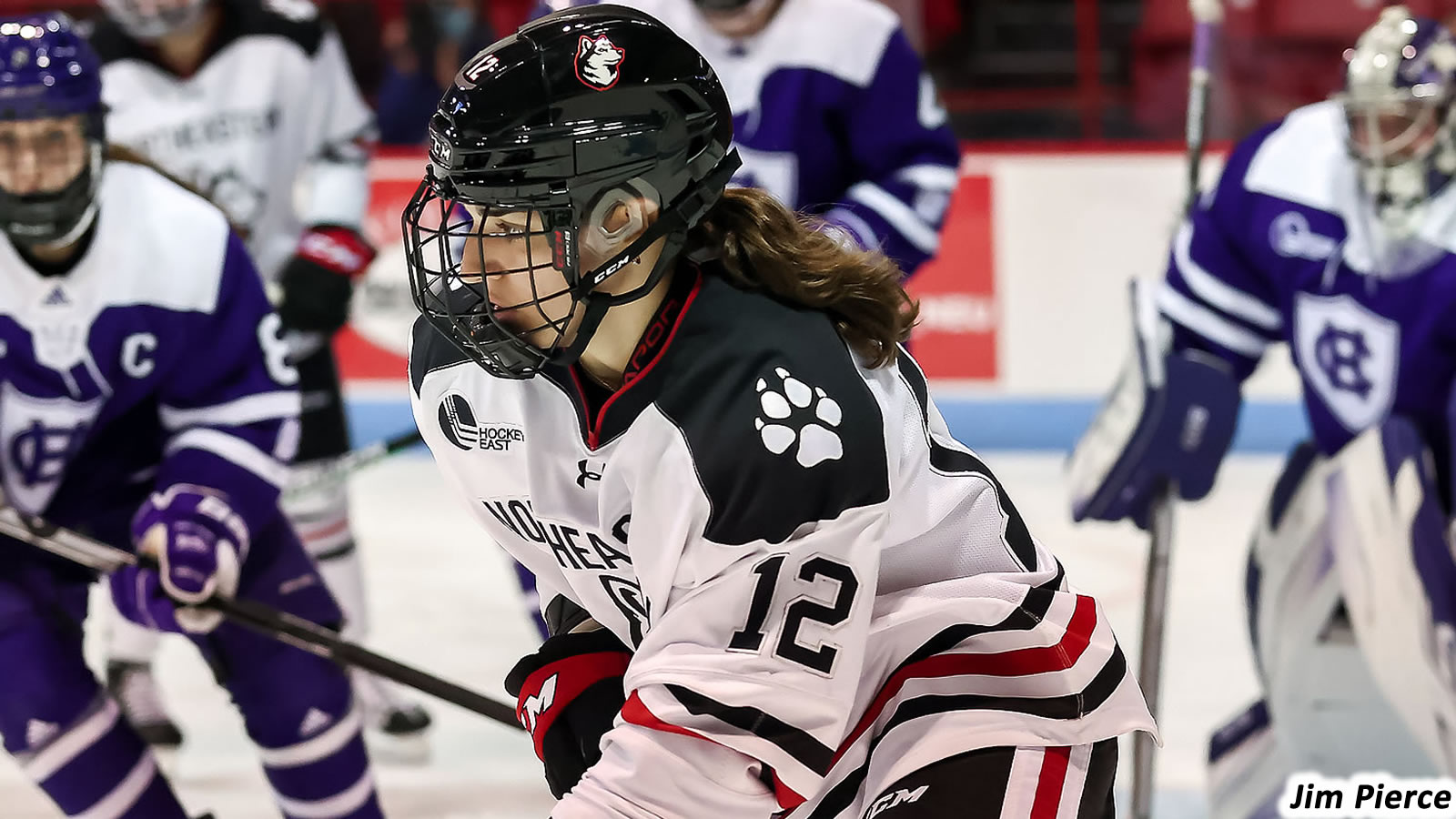 BOSTON - The no. 3-ranked Northeastern women's ice hockey team (15-2-1) defeated the Cornell Big Red (4-6-1) by a final score of 4-2 on Saturday afternoon at Matthews Arena. Despite scoring first, the Huskies found themselves down by a goal in the second period, but three-goal surge between the second and third period secured the victory.

- Both teams lit the lamp in the first period, with the Huskies striking first on the power play 16:53 into the first period. Chloé Aurard (8) collected the puck on the left-side boards and skated on net, firing a shot from just outside the faceoff circle for the 1-0 lead.

- The Big Red answered back just seconds later, as a breakaway chance found its way through the NU defense 17:17 into the period.

- Cornell would then take the lead nine minutes into the second period to take its first lead of the game, 2-1.

- The Huskies answered back 16:31 into the second period when a puck out to the blue line was re-directed from Gillian Foote (1) to Megan Carter (1). Carter fired a shot towards the net where Skylar Irving (3) was awaiting the shot and redirected past the Cornell netminder to tie the game up going into the final frame.

- The go-ahead goal came from Skylar Fontaine (4) 13:04 into the third, when Alina Mueller (11) won a face off to Aurard (6), who then flicked the puck off the back of her skate to Fontaine who put the puck on net and it found its way through.

- The Huskies added an empty-netter 19:11 into the third when Mueller played pass with captain Brooke Hobson (5), skating the puck down the ice and finding Hobson on the give-and-go right in front of the net.

- It was Northeastern's first win over Cornell in five meetings; their last win came on January 19, 2002. It was a 2-1 overtime victory in Matthews Arena.

- The Huskies out-shot the Big Red 46-20 overall in the contest.

The two teams face off again Sunday, December 5 at 2pm. The game will once again be broadcast on NESN.