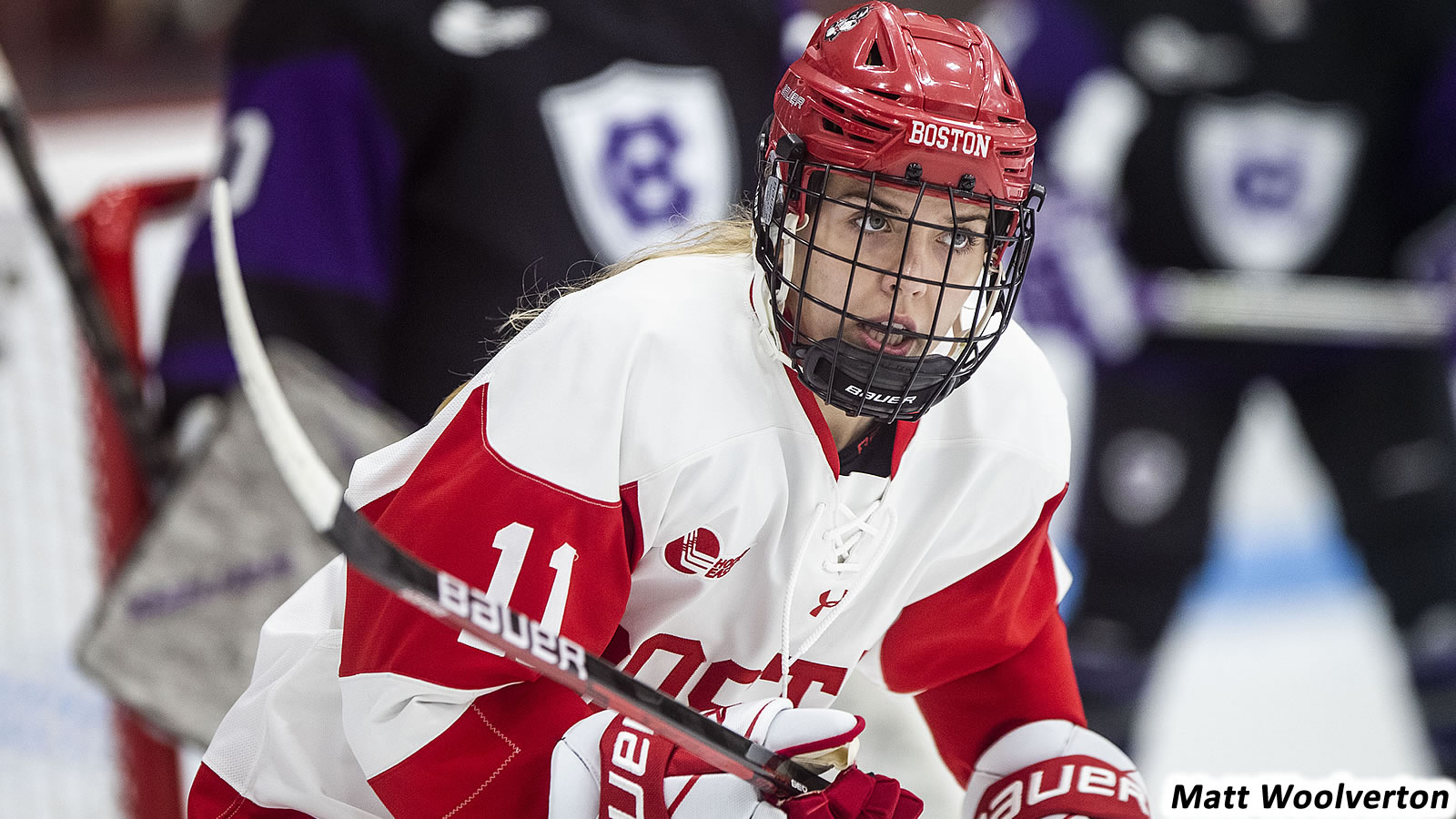 BOSTON, Mass. - Four different Terriers found the back of the net to help lead the Boston University women's ice hockey team to a 4-1 win over Merrimack on Saturday at Walter Brown Arena.

BU (9-5-3, 8-4-3) never trailed as the Terriers completed a weekend sweep of Merrimack (5-14-1, 4-10-1 HE) to extend their win streak to three games. Seniors Alex Allan and Mackenna Parker scored in a span of 1:43 during the first period while senior Courtney Correia and junior Haylee Blinkhorn each lit the lamp in the third period to put the game out of reach.

- BU opened the scoring 7:12 into the proceedings. Emma Gorski (35 saves) stopped Larson's initial shot, but Allan was in the perfect spot to fire home the rebound.

- Parker doubled the Terriers' lead just 1:43 later when she gathered the puck in the neutral zone, raced up the left wing and wristed a shot past Gorski.

- The Warriors quickly responded, halving their deficit with a marker just 24 seconds after Parker's goal.

- Neither team broke through in the second stanza, but Correia gave BU a two-goal cushion just 1:16 into the third period when she redirected Mattivi's shot past Gorski.

- Just 25 seconds after a video review confirmed a no-goal call on a Terrier strike, Blinkhorn made it 3-1. Martin began the sequence by forcing a turnover at the Merrimack blue line. Larson picked the puck up and created a 2-on-1 with Blinkhorn. The junior forward skated between the circles and one-timed the puck into the back of the net for her second goal of the campaign.

- The Terriers finished the first semester with a 5-1-2 home record.

- BU went 8-for-8 on the penalty kill this weekend.

- Correia (2g, 1a) and Larson (3a) finished the weekend with three points apiece.

- Correia now leads BU with 10 goals and 18 points and is currently on a three-game point streak.

- BU will close out the first semester with a trip to No. 7 Yale on Wednesday night.