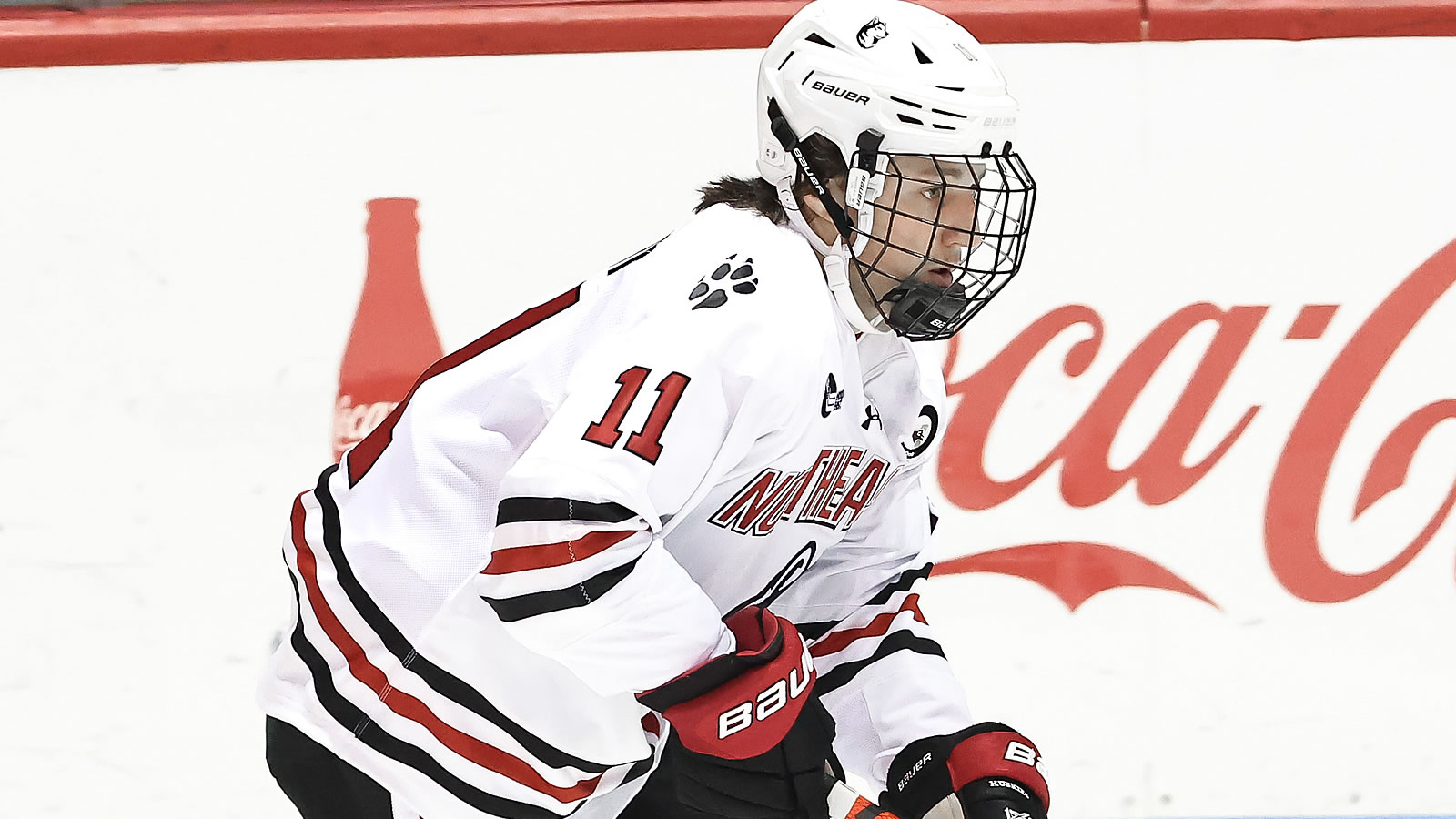 The Huskies go into the break with one of the best starts in program history, including a 10-1-1 mark in its last 12 games as well as 12 consecutive games allowing two goals or fewer.

Northeastern currently sits in first place in the Hockey East standings with more than a month until its next game.

Jack Hughes had two goals and an assists for NU, while Gunnarwolfe Fontaine and Matt Demelis also found the back of the net.

- Fontaine opened the scoring the final minute of the first period, completing some tic-tac-toe passing from the Huskies as Jack Hughes found Jeremie Bucheler in the neutral zone before Bucheler fed Fontaine cutting to the net, who beat Stauber for his fourth of the season.

- Northeastern took a 2-0 lead midway through the second period on Demelis' second goal of the season when the Huskies caused a turnover in the neutral zone, allowing Matt Choupani and Demelis to go in two-on-one before Demelis buried a one-timer past Stauber.

- Providence cut the deficit to 2-1 with 7:26 to play in the middle from when Garrett Devine potted his first collegiate tally, cleaning up a rebound on the doorstep to beat Levi.

- Northeastern, though, wouldn't be denied as Hughes put the hosts back up by two when he stole a puck in the defensive zone, took it coast-to-coast and beat Stauber low for his fourth of the season.

- Hughes would add an empty netter in the final minute of regulation thanks to an unselfish play from Jakov Novak, taking the puck down the right side and muscling a puck across to Hughes for the score.

The Huskies are now off for more than one month, and will return to the ice for a weekend series against Long Island at Matthews Arena, beginning on Jan. 7 at 7:30 p.m. Tickets for all remaining home games are available by visiting NUHuskies.com/tickets