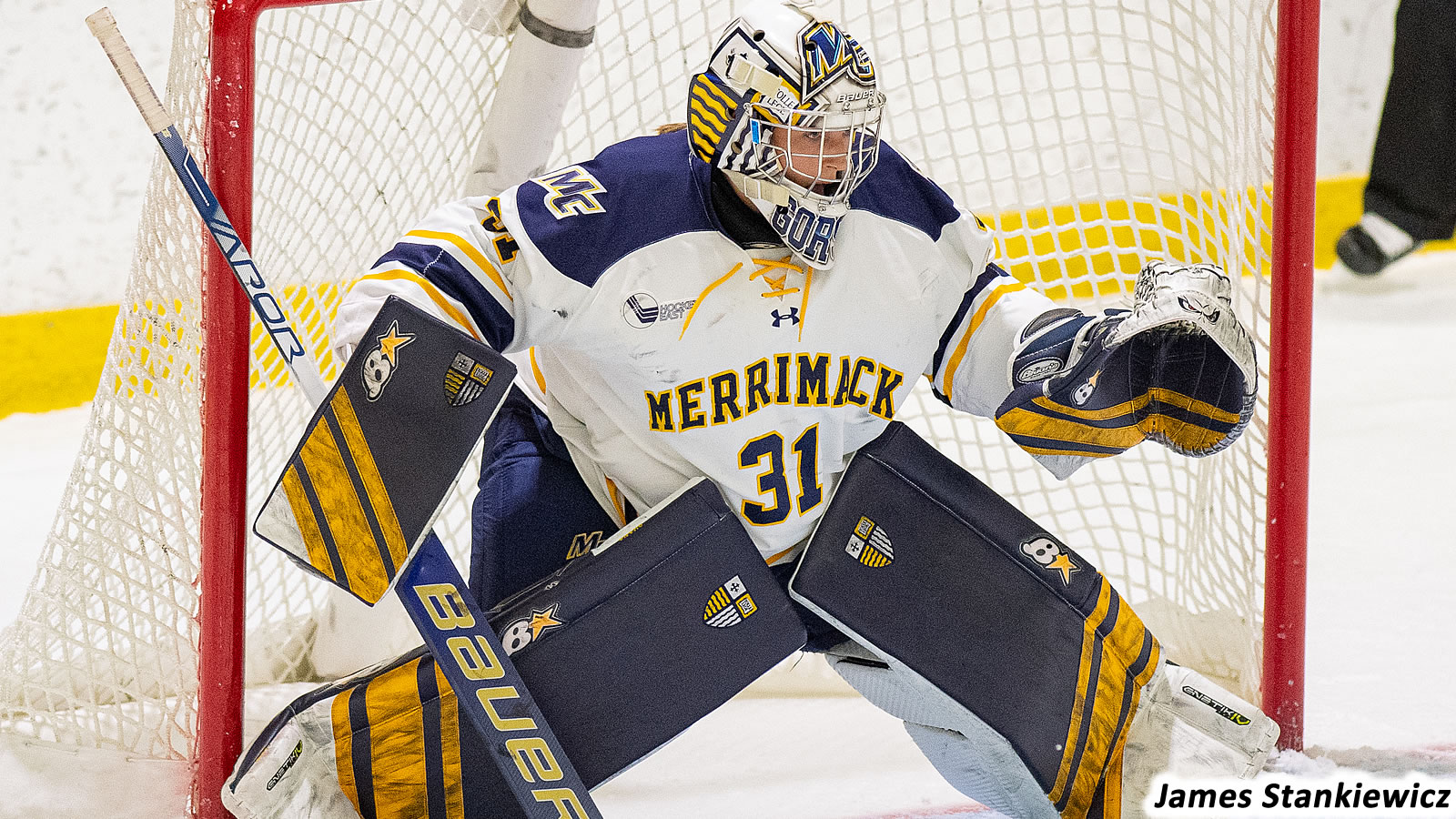 NORTH ANDOVER, Mass.-Merrimack women's ice hockey was unable to pounce against the Long Island University Sharks on Saturday night, falling 2-0 in an exhibition against the NEWHA's top squad.

- Teams jockeyed in the opening period, looking to establish the tempo. Midway through the period, Madison Oelkers worked a strong chance for the Warriors which rang off the pipe. After a body checking penalty on the Sharks with 5:25 to play, Merrimack's offense continue to press to close out the period but were unable to break through.

- In the second, Merrimack worked to push the tempo. Senior captain Gabby Jones worked a strong opportunity at the side of the net in the early going, but was stopped. The offense pushed for a game-best 10 shots on goal in the period.

- LIU broke open the scoring with three minutes to play in the second to take the lead into intermission. The Sharks added their second at 1:26 of the third period, scoring on a 4-on-4 opportunity.

- Late in the third, Merrimack looked like it broke through with an offensive attempt by Madison Oelkers. The goal was called back for goaltender interference, keeping the Warriors off the board for the night.

- Oelkers led the Warriors in shots on goal with five in the contest, followed by Courtney Maud with four.

- Freshman Alexa Pongo led the way in the dot winning 12 faceoffs, the most of any player from either team.

- This was the first mid-season exhibition the Warriors have competed in since defeating the HTI Stars 8-2 on Nov. 24, 2018.

- The 7:30 p.m. puck drop was the first in program history and is the latest game start ever for the Warriors.

Merrimack will break for the holidays before playing in a weekend series against RPI on January 1 and 2, 2022 in Troy, New York.