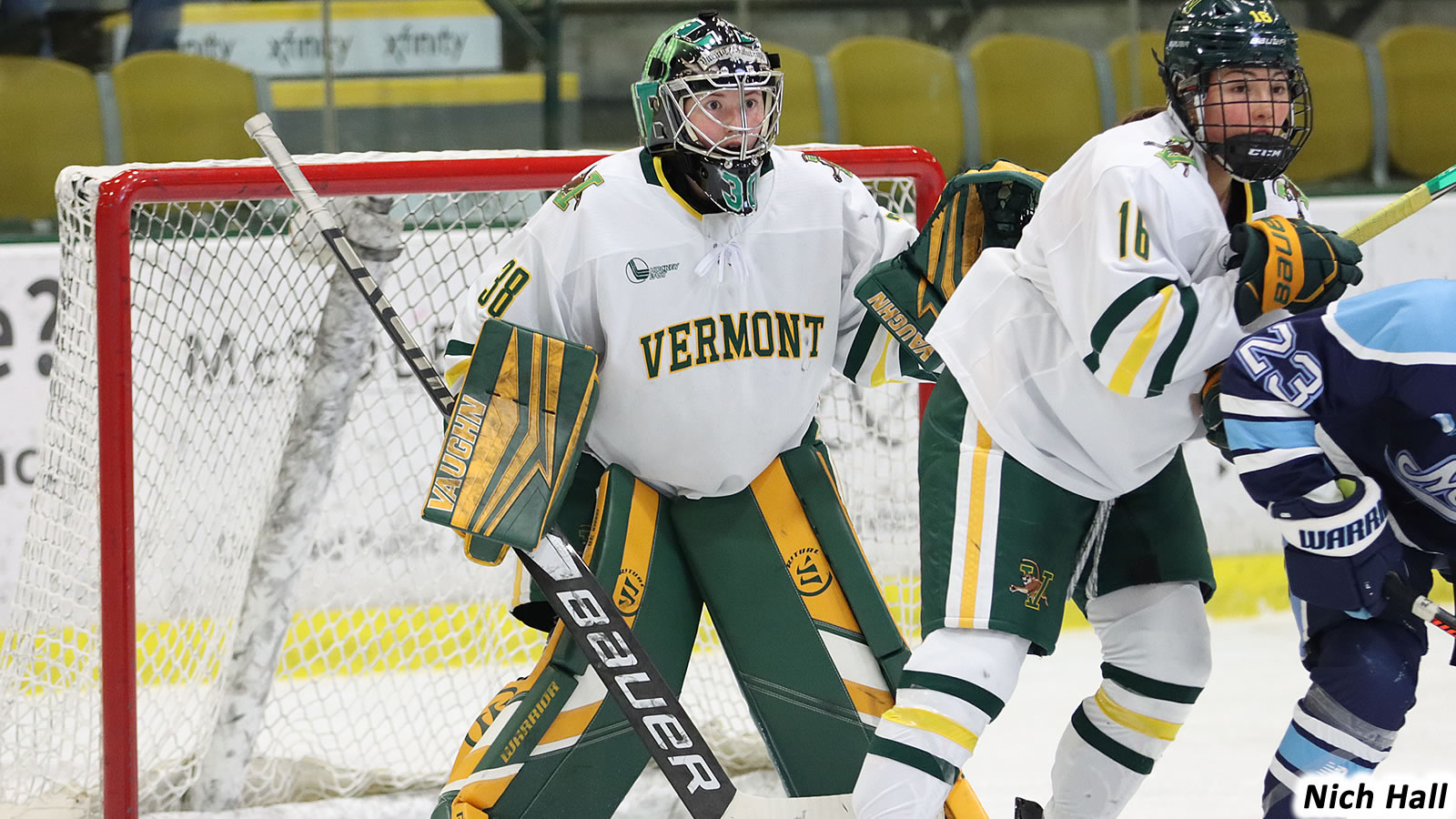 "This was a very satisfying win to start the new year," Head Coach Jim Plumer said. "We got a great effort from everyone and much better attention to detail, especially defensively. It was fantastic to see first year goalie Sydney Correa get her first win and a shutout and it's another thing that gives us confidence in the depth of our team. We are looking forward to a very competitive series with UConn next weekend."

- The Catamounts outshot Maine 8-4 in a defensive first period. UVM successfully killed off the only penalty of the first period, preventing the Black Bears from even getting a shot on net.

- Natálie Mlýnková opened the scoring for the Catamounts 10:42 into the middle frame. In transition Lilly Holmes sent her in alone on Maine's Loryn Porter. Mlýnková went backhand to forehand and put her sixth goal of the season past Porter. Sini Karjalainen earned the secondary assist on the tally.

- UVM doubled its advantage while shorthanded minutes later. Theresa Schafzahl broke up a Maine pass and then Ellice Murphy tapped it up to Schafzahl for a breakaway. Schafzahl completely deked Porter out of the net but couldn't finish the play. Murphy followed the play throughout and tapped her first goal of the season into the empty net.

- The Catamounts added an insurance marker 8:12 into the third period. From behind the net Schafzahl centered a quick feed to Hailey Burns and Burns one-timed a shot off the post and in for her third goal of the season. Maddy Skelton earned the secondary assist on the goal.

- Correa made six saves in the third period to seal her first career win and shutout.

- UVM was three-for-three on the penalty kill this afternoon. They have gone seven straight games without conceding while shorthanded. In 20 games this season Vermont has given up just four power play tallies and has scored two shorthanded goals.

- With today's win UVM is the only team in Hockey East to have a league win from three goaltenders. Jessie McPherson (3), Blanka Škodová (3) and Sydney Correa (1) have combined to win seven conference games this season.

Vermont returns to Gutterson Fieldhouse next weekend as they host UConn in a two-game set. Puck drop is set for 6 p.m. on Friday and Saturday night. Both games will be broadcast live for free on CollegeSportsLive.

Friday is Youth Hockey Night, all kids 12 and under receive free admission if they're wearing a jersey.