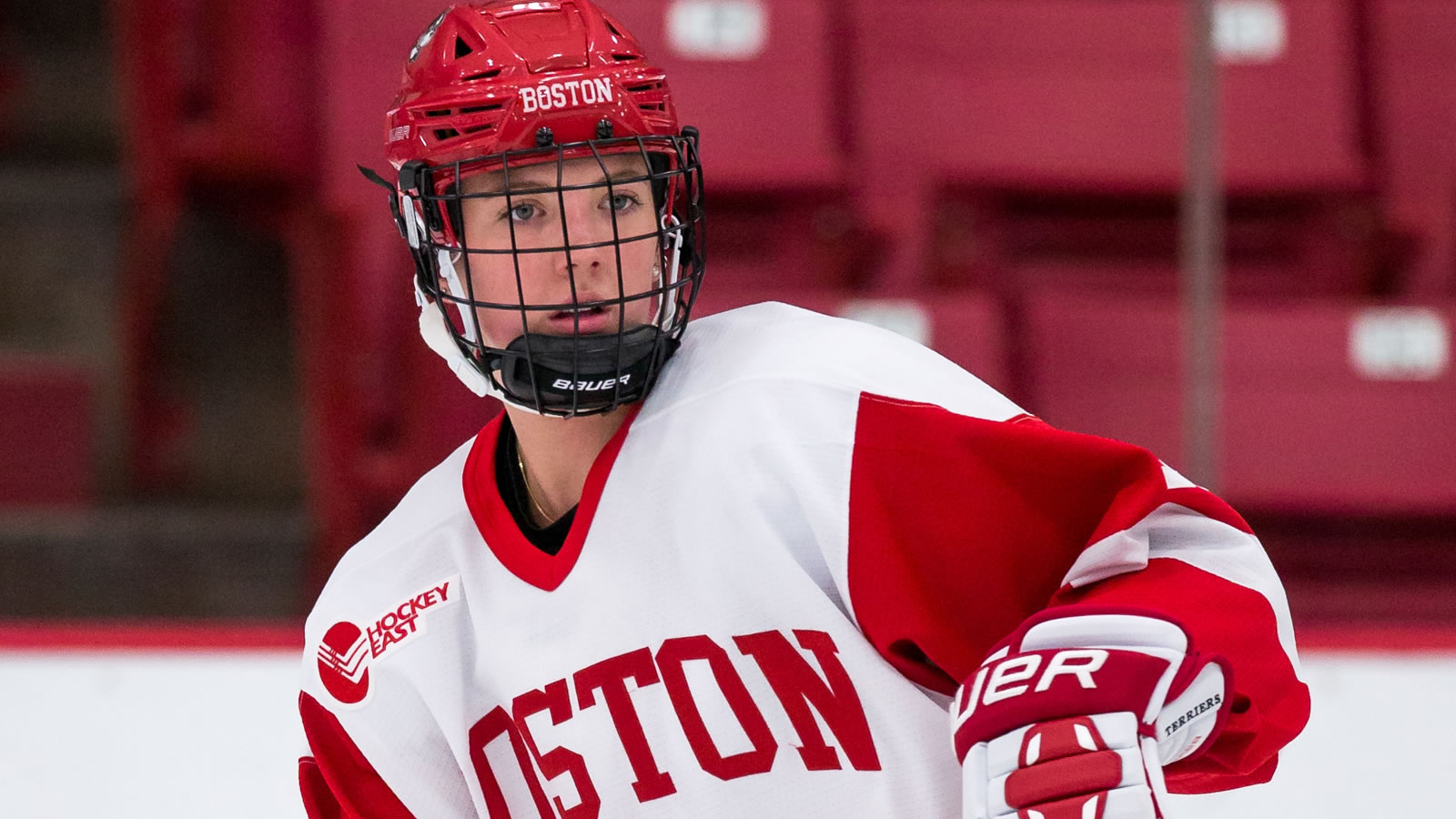 PITTSBURGH - The Boston University women's ice hockey team suffered a 3-0 setback to Penn State on Sunday afternoon at the UMPC Lemieux Sports Complex in the consolation game of the Battle at the Burgh.

BU (9-7-4) fought hard for the entire 60 minutes, but Penn State (11-7-2) scored 30 seconds into the game and never relinquished its advantage, adding a power-play goal in the second stanza and an empty-netter in the final minute to seal the victory. Senior Mackenna Parker and junior Nadia Mattivi hit two posts as the Terriers had several good chances to get on the board throughout the contest.

Freshman Callie Shanahan made 26 saves for the Terriers.

- Penn State opened the scoring at the 30-second mark during a goalmouth scramble.

- The Terriers responded well after that blemish, as they outshot the Nittany Lions, 11-9, through the first 20 minutes.

- Penn State capitalized on a power-play chance at 3:51 of the second stanza to take a 2-0 lead.

- Parker nearly answered with a goal of her own, but she rang the post and the PSU lead remained at two.

- Mattivi's near-miss came with 11:40 remaining in regulation and the Terriers on a power play. She fired a shot from the top of the zone, but the puck hit the crossbar.

- Penn State notched an empty-netter with 30.2 seconds to play to ice the game.

- BU and Boston College will reignite the Battle of Comm. Ave. this weekend, with the Terriers trekking to Chestnut Hill on Friday, Jan. 7.

- That game will be televised on NESN starting at 7.

- BU will then host BC at Walter Brown Arena on Jan. 8 at 4 p.m., with that contest to be televised on NESN+.