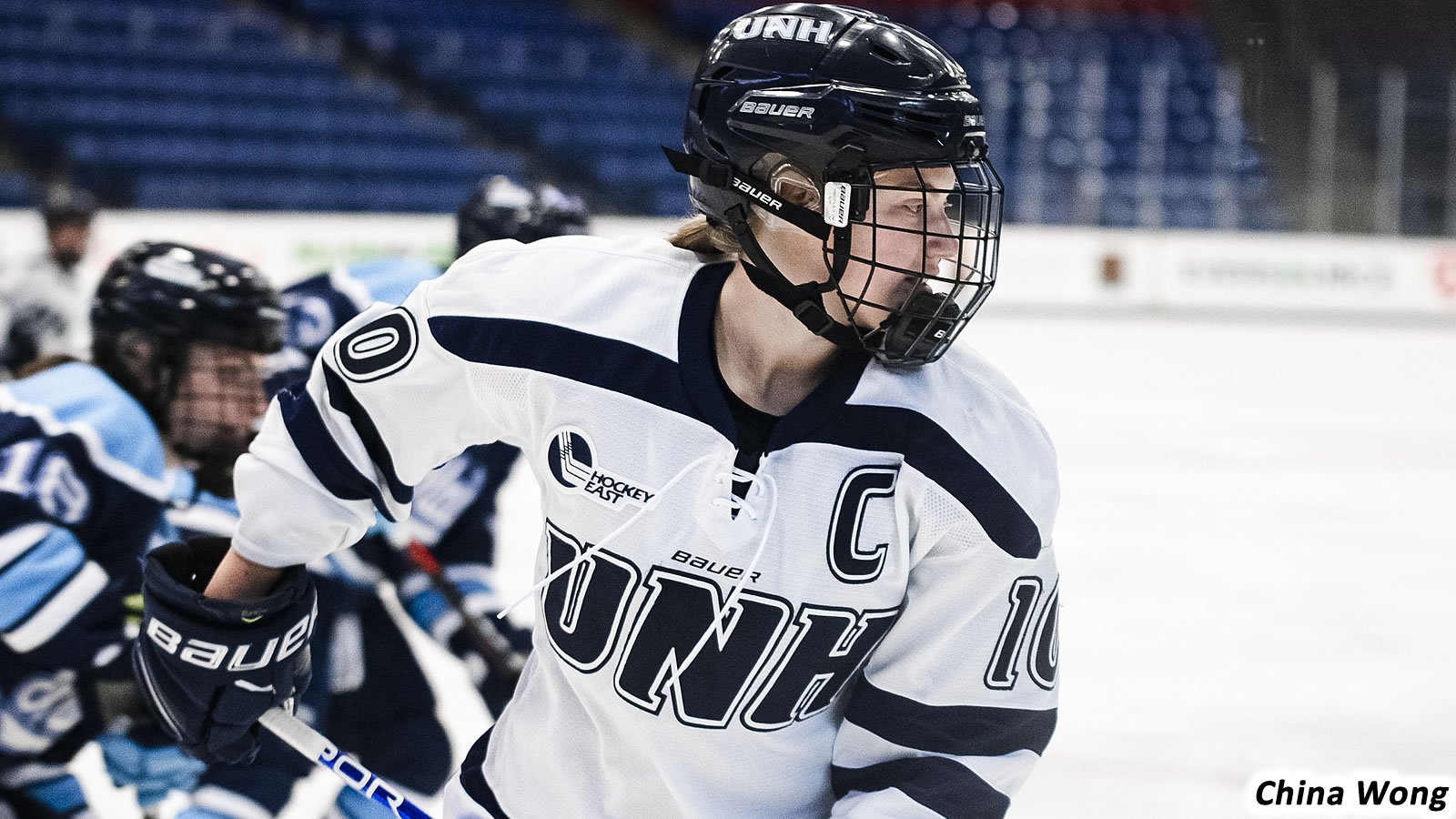 Harnett made eight saves in the first period, followed by five in the second and nine in the third to earn her first win and shutout of the season, as well as the third shutout of her career.

PC goalie Sandra Abstreiter made double-digit saves all three periods to finish with 37.

- UNH and Providence face off again Jan. 8 (3 p.m.) at the Whittemore Center.

- UNH recorded a 12-8 shot advantage in the scoreless first period.

- UNH pressured and generated one shot on goal in the opening 90 seconds, but then Providence responded with the next three shots in a two-minute span.

- The 'Cats began to control possession and forced Abstreiter to stop eight shots in a three-minute span.

- Junior Jada Christian (Caledon East, Ontario) lifted a wrister from the right doorstep that rang off the outside of the post at 14:02.

- Abstreiter was the only goalie forced to make a save spanning the seventh through 12th minutes. She stopped six shots during that time to keep the game scoreless.

- The Wildcats had an 11-9 edge in shots in the final frame.

- PC went on the power play at 9:58, but Harnett backboned UNH's penalty kill with a pair of saves - both shots off Lauren DeBlois' stick - to keep the score deadlocked.

- Sophomore Chavonne Truter (Uxbridge, Ontario) won a battle for possession behind the net and kicked the puck from the boards to Martin, who circled to the left doorstep and roofed a backhander into the upper-right corner of the net to give UNH a 1-0 lead at 18:28.

- The Wildcats were called for roughing following the goal to give Providence its third power play of the game.

- The Friars pulled Abstreiter for an attacker with 59 seconds remaining to gain a two-skater advantage.

- UNH did not allow a shot on goal the rest of the way, however, to preserve the one-goal lead for the win

- The Wildcats went 0-for-1 on the power and PC was scoreless on three power plays.

- The goal was Martin's third of the season and 17th career.

- In addition to scoring the game-winning goal, Martin led all skaters with 12 faceoff wins and a .632 faceoff winning percentage (12 of 19). She also blocked two shots.

- This was UNH's second shutout of the season.