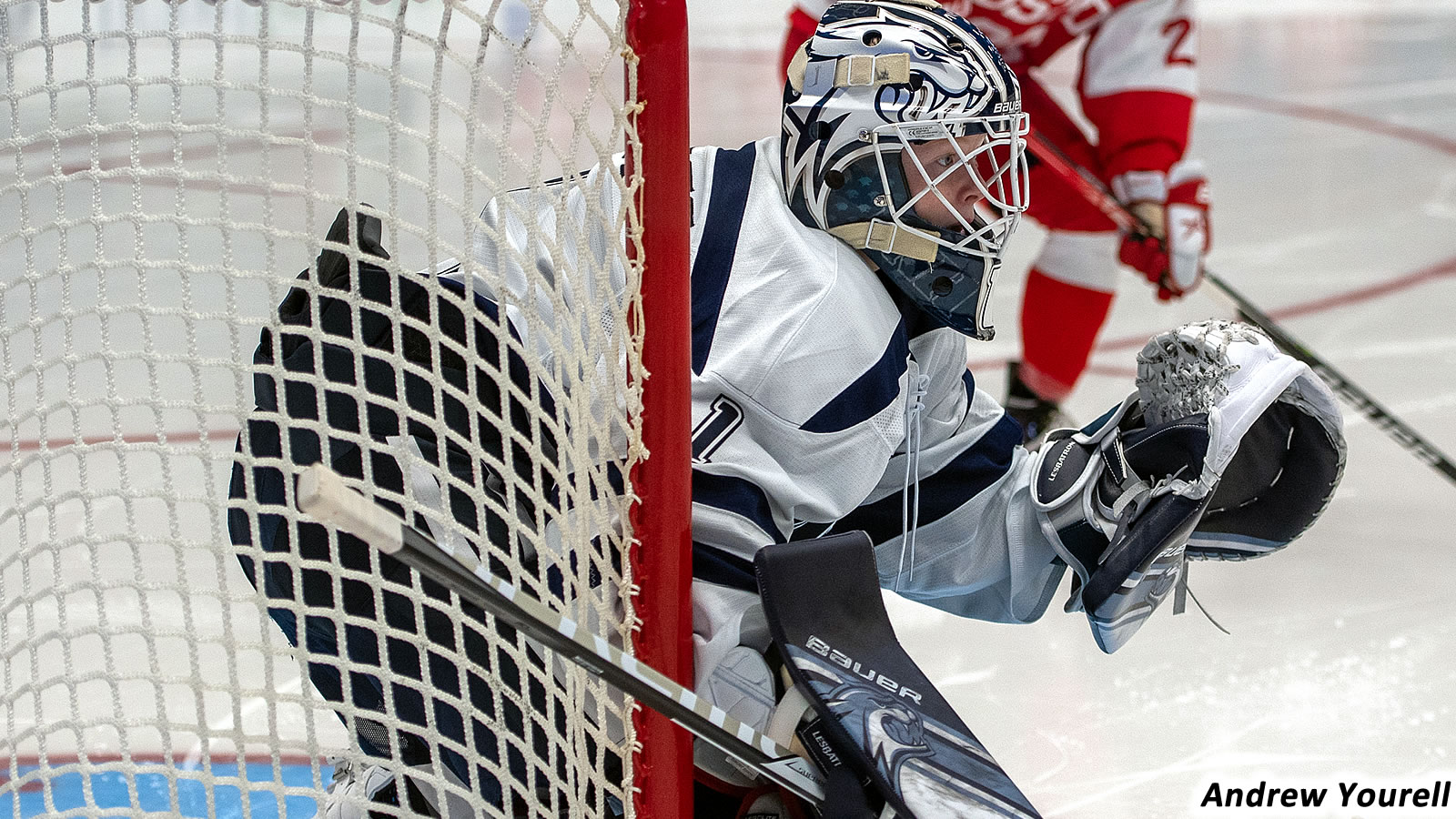 Harnett made 15 saves in the first period, followed by nine in the second and 13 in the third.

PC goalie Sandra Abstreiter stopped 33 shots, including 16 in the first period. Kalley Sato scored the Friars' goal, which capped the scoring late in the second period.

- The Wildcats' next home game is Jan. 15 (3 p.m.) against those Huskies. Click here to buy tickets.

- PC generated a 15-7 shot advantage in the scoreless opening 20 minutes.

- The Friars went on the first power play of the game at 12:52 but Harnett stopped all three shots to keep the game scoreless.

- Providence started another power play with 1:58 on the clock and Harnett made three more saves.

- All four goals were scored in the second stanza - in a span of less than six minutes - as UNH generated a 19-10 shot advantage.

- Juodikis gave the Wildcats a 1-0 lead at 11:41 when she deposited a loose puck into the open right side of the net from the right doorstep. Kelly, whose initial shot was stopped by Abstreiter, and Brooks were credited with assists.

- Juodikis initated the second goal with a pass from the right corner to Brooks. Her shot was stopped but Kelly buried the rebound for a 2-0 lead at 13:33.

- UNH scored another power-play goal at 16:23 to mark the Wildcats' third goal in 5 minutes, 42 seconds and give the 'Cats a 3-0 lead. Martin, with the assistance of sophomore Chavonne Truter (Uxbridge, Ontario) and junior Tamara Thiérus (Saint-Jerome, Quebec), extended the advantage to three goals.

- PC recorded a 13-10 shot advantage in the scoreless final frame.

- Abstreiter was pulled in favor of an extra skater with 2:03 remaining.

- The Friars pressured immediately and fired a pair of shots wide of the cage before Hunter Barnett was denied by Harnett at 18:14.

- Harnett made one more save with 18 seconds remaining.

- UNH matched its season high of two power-play goals and finished 2-for-4 with the skater advantage. Providence was scoreless on two power plays.

- The Wildcats had a 36-26 edge in the faceoff circle. They won all three defensive zone faceoffs in the final two minutes when PC had the extra skater on the ice.

- She has six multiple-point games this season and seven career.

- Juodikis has four multiple-point efforts this season (and career).

- Kelly has two mutli-point games this season and four career.