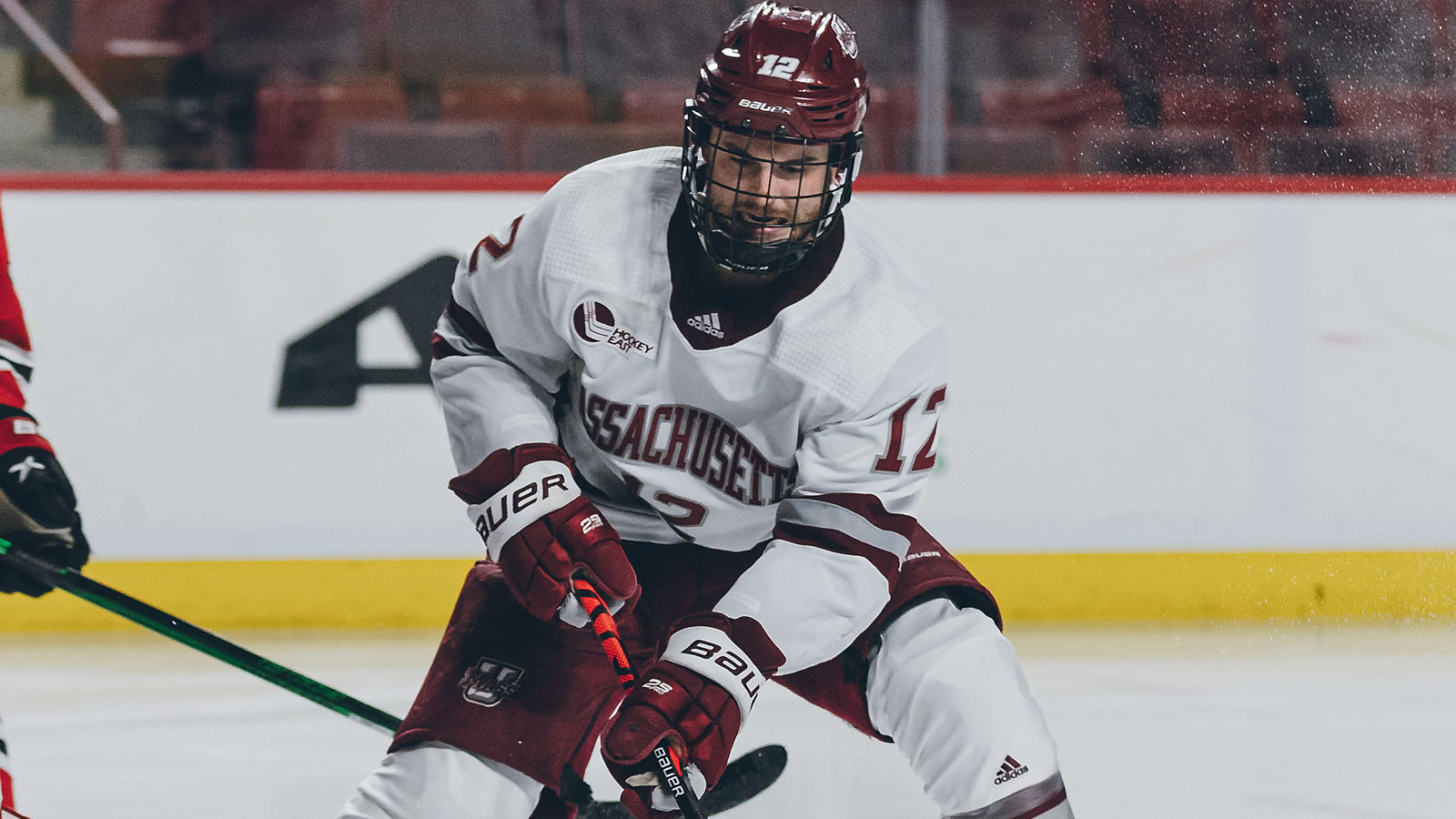 ANN ARBOR, Mich. - No. 10/9 University of Massachusetts hockey took No. 7/6 Michigan to the third period tied at 1-1, but the Wolverines scored twice on odd-man rushes in the final stanza and added an empty netter to defeat the Minutemen, 4-1 on Saturday evening at Yost Ice Arena. The loss, UMass' first in regulation since Oct. 3, leaves the Maroon & White at 10-5-2 on the season, while Michigan improves to 15-6-1.

"I'm not really happy with the way we played tonight," said UMass head coach Greg Carvel. "I thought we came out slow from the start, but got our feet under us. We made a lot of mistakes, there were a lot of odd-man rushes. Our plan tonight was to try and limit their scoring chances and try to frustrate them. I think we were the more frustrated team tonight. I'm glad we have a chance to redeem ourselves tomorrow."

The Wolverines opened the scoring just 1:14 in the contest when Kent Johnson collected the puck from Jack Summers along the wall and found Brendan Brisson in the slot for a one-timer that zipped past Matt Murray to give Michigan the early advantage.

With the first period winding down, the Minutemen knotted the score at 1-1. Senior Garrett Wait gathered the puck from sophomore Josh Lopina and senior Bobby Trivigno below the goal time, curled around front of the net and banked in a shot off a Wolverine skater for his fourth tally of the season.

Midway through the third period, however, Michigan broke through for a go-ahead goal. Matty Beniers picked up the puck off a turnover and started a 2-on-1, with Brendan Brisson finding Kent Johnson at the back post for the tap-in for the 2-1 edge.

The Wolverines again converted on an odd-man rush at the 16:48 mark, this time with Brisson finding the back of the net from Beniers and Johnson for the two-goal cushion.

Michigan capped the scoring with a shorthanded empty net goal by Johnny Beecher in the final minute of play.

Murray ended the contest with 37 saves, two shy of his career high, while Erik Portillo had 28 stops for the Wolverines.

The teams will conclude their weekend set tomorrow, Jan. 9, at 4 p.m. at Yost Ice Arena in a contest that will air on ESPNU.