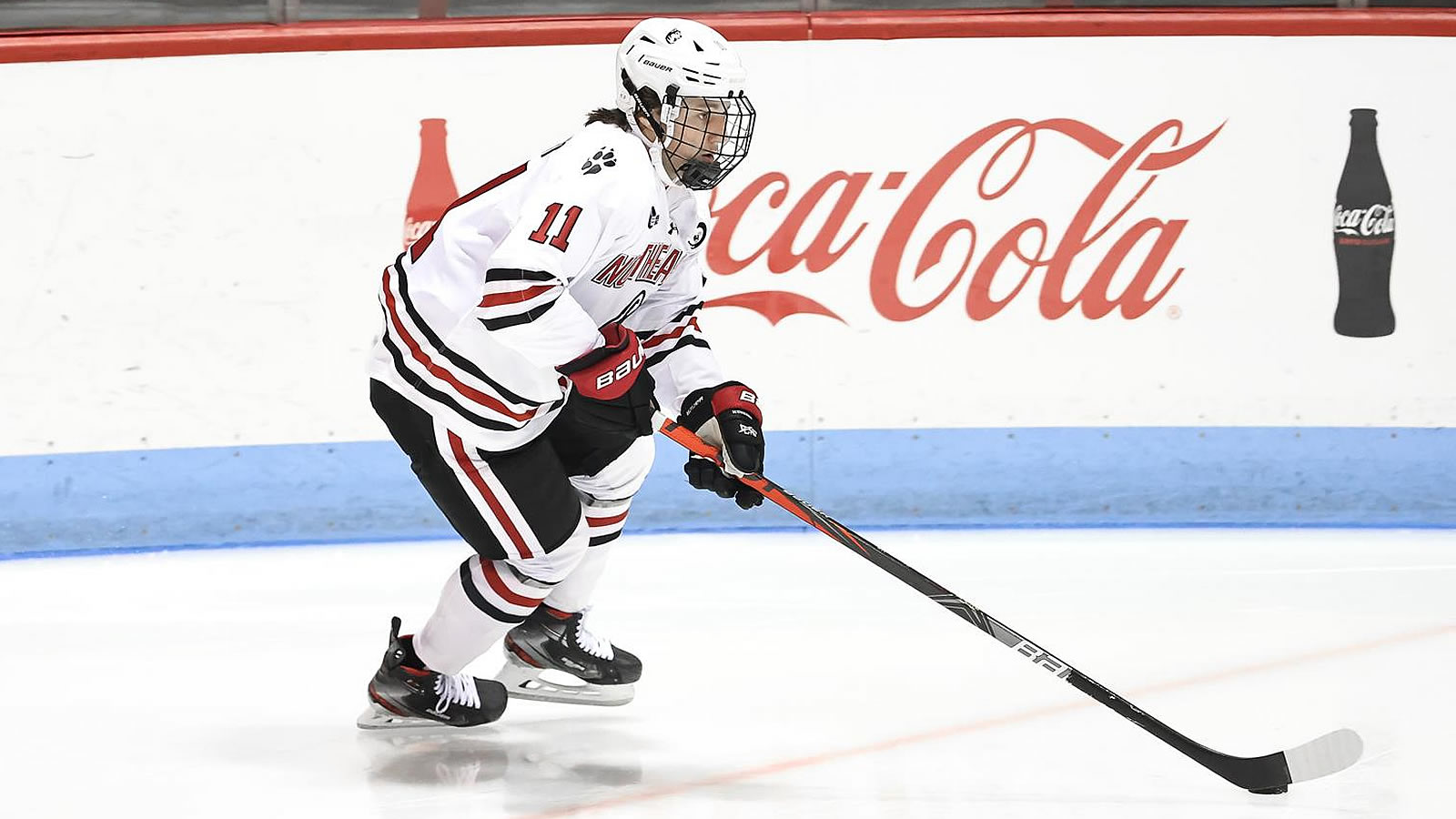 Despite scoring the first goal of the contest, the Huskies would find themselves down by a goal at the first intermission.

- Northeastern got the scoring going early with a power play goal 6:23 into the first period on the Huskies' first power play attempt. Sam Colangelo (4) camped out just to the left of the goaltender's crease and was found by Justin Hryckowian (11).

- After ASU tallied two goals in the first to take the lead, the Huskies struck back once again on an early power play in the second; Gunnerwolfe Fontaine (5) tipped in a strong pass from Aidan McDonough (6), who had also assisted on the first goal, to tie the game back up.

- Arizona State would go on a four-goal streak to finish the game including a power play goal late in the second and an empty-netter 16:57 into the third period.

- The game was the Huskies' first loss since November 12 at UMass Lowell and the first time allowing more than two goals since October.

- Sophomore netminder Devon Levi stopped a career-high 40 shots on net in the contest.

The Huskies will return to action one week later on January 18th at 5:30 p.m. as Northeastern travels to Burlington, Vermont to resume Hockey East play when they face the Catamounts at Gutterson Fieldhouse. The game will be streamed on CollegeSportsLive.