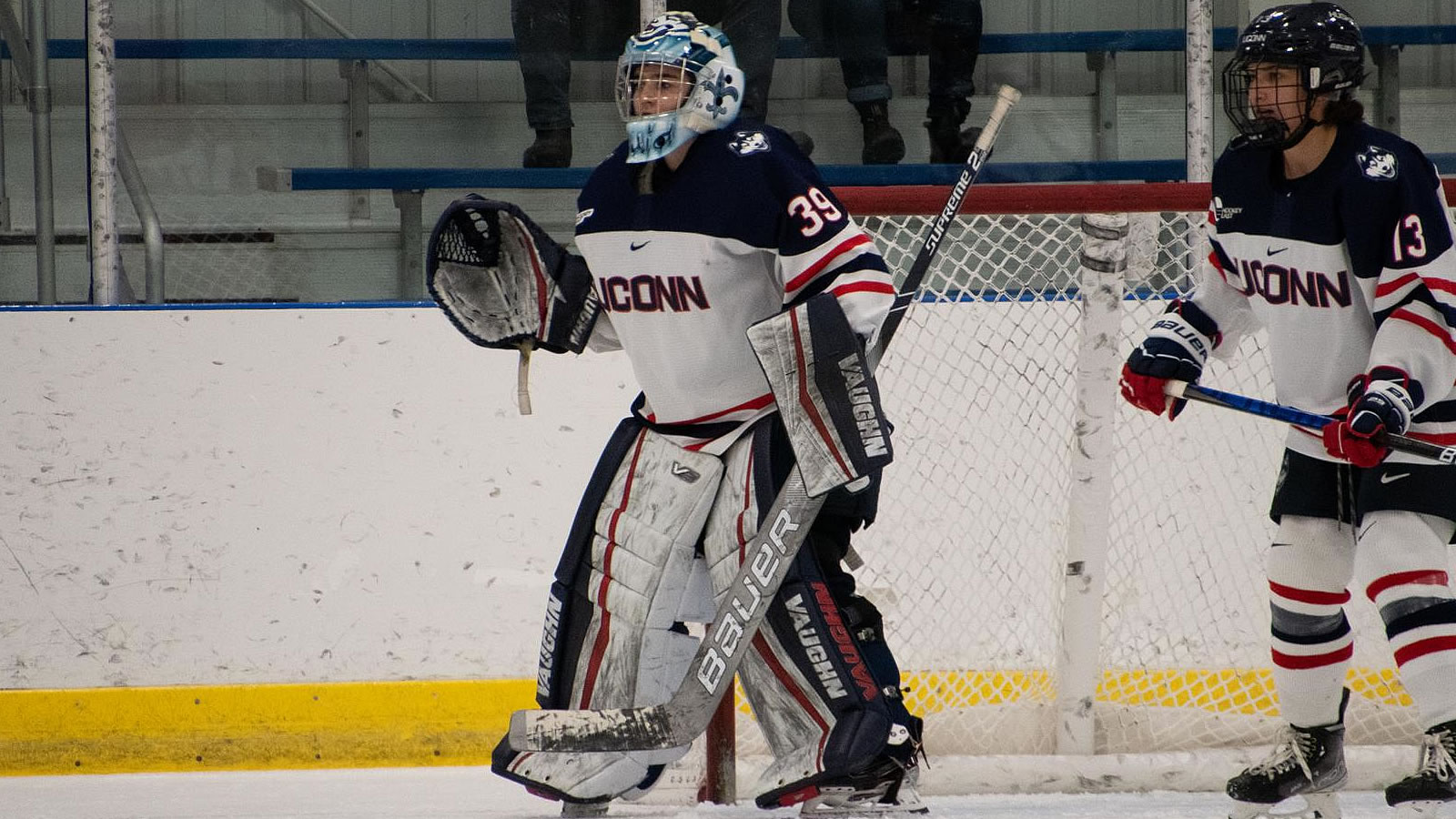 STORRS, Conn. - The University of Connecticut women's hockey team too down Boston College 3-0 Friday night to take the first game in the home and home series. Senior goaltender Samantha-Carpentier Yelle finished with 20 saves and a shutout to help secure the victory.

The second period began with Boston College attacking the Huskies defense. Senior goaltender Samantha Carpentier-Yelle would make a handful of saves to keep the Eagles scoreless. After penalties by both teams, graduate student Natalie Snodgrass would take the puck in the defensive zone and bring it the length of the ice and fire a shot to give UConn the 2-0 lead. UConn's defense would continue to stay strong preventing Boston College from cutting into the lead. The Huskies looked to extend their lead late in the third period when a rebound loose in front of the net would eventually be called a goal by the officials. After a lengthy review the referees deemed it a no goal. The period would end with UConn maintaining a two-goal lead.

The third period began with UConn quickly jumping onto the attack and peppering the Boston College goaltender with shots. UConn would eventually extend their lead late in the third period when senior Viki Harkness would take the pass and fire a shot right over the shoulder of the goalie. UConn would outshoot the Eagles 44-20, along with their defense who would block nine total shots. Senior goalie Samantha-Carpentier Yelle would finish with a shutout as the Huskies improve to 16-5-2 overall and 10-4-2 in conference play.

The Huskies will travel to Boston College tomorrow to wrap up the home and home series with the Eagles. Puck drop is scheduled for 2:00 p.m.