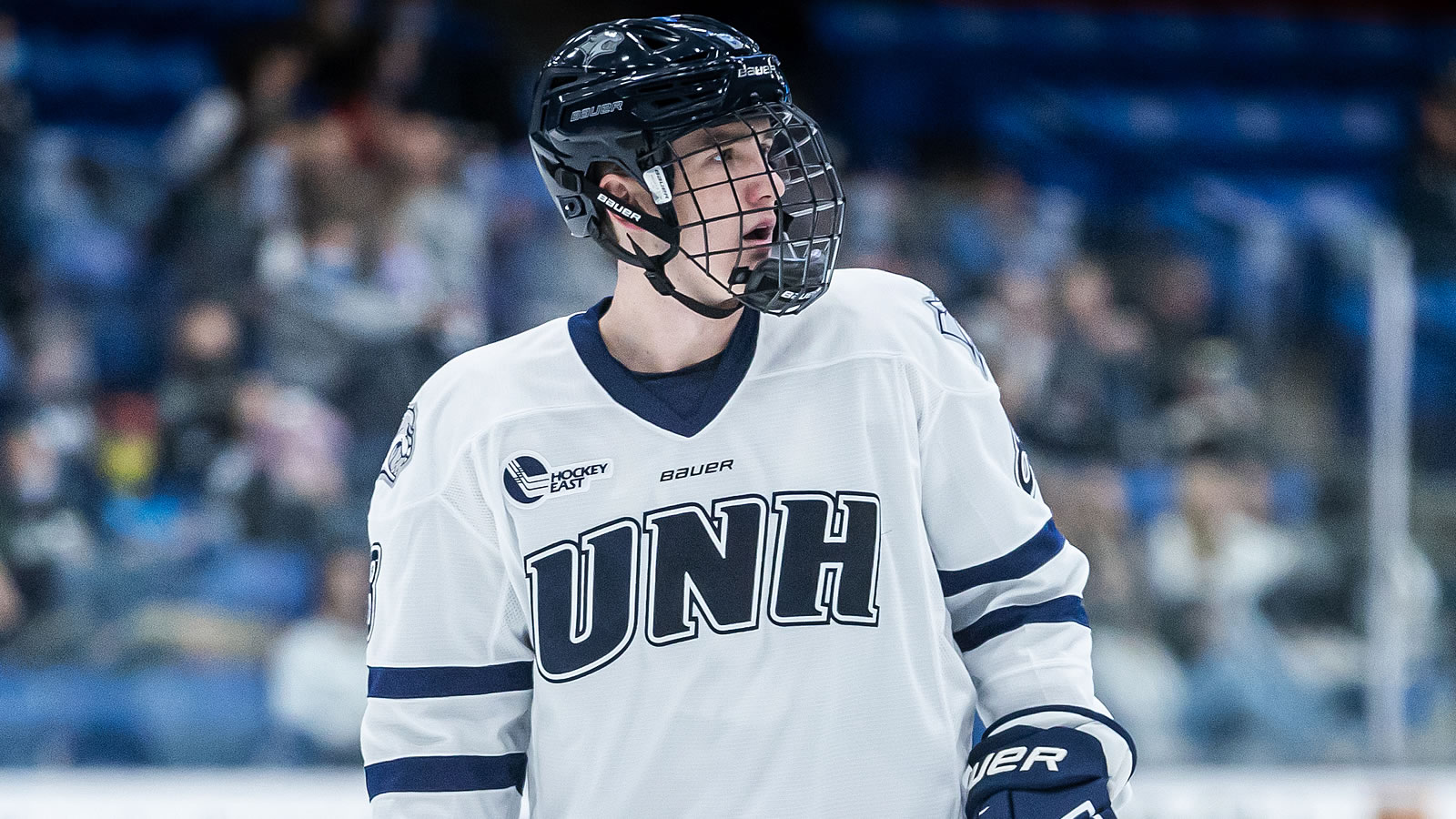 The Wildcats and Eagles will conclude their home-and-home series on Saturday, Jan. 15 at Conte Forum in Chestnut Hill, Mass., at 7 p.m. on College SportsLive.

- Boston College struck first while on the power play at 3:32 of the second period. Marc MacLaughlin found a rebound on top of the crease and put it past senior goalie Mike Robinson (Bedford, N.H.).

- UNH evened the score at 15:23 of the second period when Jensen threw the puck towards the crease from the corner, off a defender, and through Henry Wilder. Senior forward Joseph Cipollone (Purchase, N.Y.) and junior defenseman Kalle Eriksson (Leksand, Sweden) posted assists on the goal.

- The Wildcats took a 2-1 lead 1:54 into the third period thanks to a goal from Huard. He found the puck at the right point, danced around a defender, toe dragged, and wristed it home past Wilder from the slot. Cipollone and freshman defenseman Alex Gagne (Bedford, N.H.) were credited with assists on the score.

- MacKinnon scored an empty net goal the length of the ice with 1:48 left in the third period, giving the Wildcats a 3-1 lead. Jenson had the assist.

- Boston College scored to make it 3-2 with 18 seconds left in the game when a one-timer from the point was tipped in front by McLaughlin.

- But the BC was unable to score the equalizer for the 3-2 final.

- The Wildcats went 0-1 on the power play and the Eagles finished 1-3.

- Jenson's goal marked the first of his career and his two-point performance was his first multiple-point game of his career.

- Huard continues his three-game point streak with two goals and six points during that span.

- UNH is 4-3-0 against nationally ranked teams this season.

- UNH has outscored its opposition 15-4 over the last three contests.