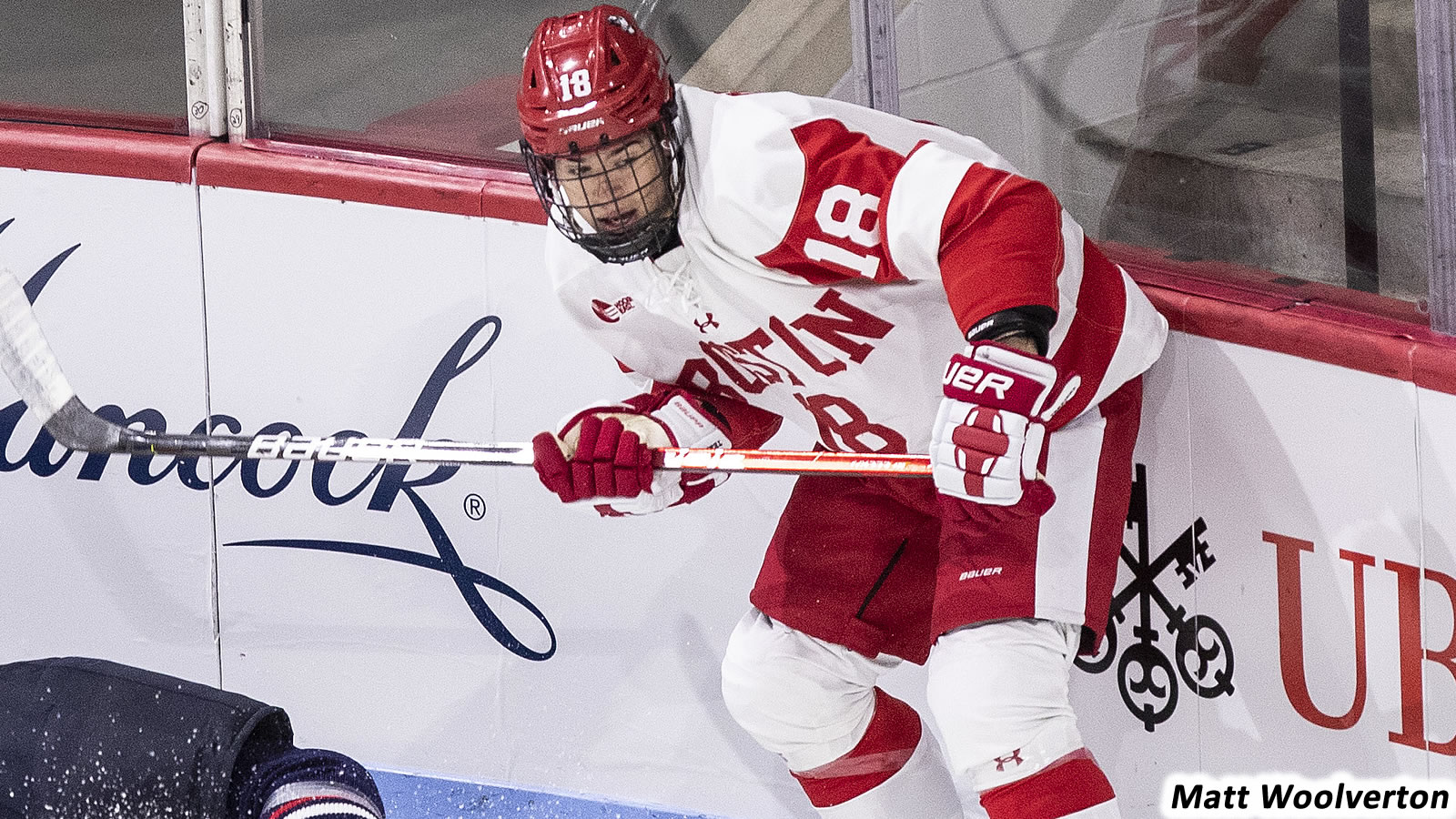 BU took a 1-0 lead late in the first period thanks to junior Matt Brown's fifth goal of the season. UConn evened the score with 7:00 remaining in regulation, but O'Brien gave the Terriers their fourth straight win with his fifth goal of the season. Off the opening faceoff, O'Brien raced up the right wing before uncorking a shot past Darion Hanson.

Sophomore Drew Commesso was outstanding for the Terriers, turning aside 25 of the 26 shots he faced. Juniors Domenick Fensore and Ethan Phillips assisted on Brown's marker.

- O'Brien and sophomore Luke Tuch both hit the left post in the first period as they each nearly secured an early goal for BU.

- Brown gave BU a 1-0 lead with 2:50 remaining in the opening period. After Fensore nearly scored a highlight-reel goal of his own, his aggressive backcheck forced a turnover at center ice. Brown knocked the puck ahead to Phillips, who dangled past a defender before sliding the puck back to a trailing Brown. With three Huskies surrounding him, Brown skated to the bottom of the right circle and roofed home a backhander for his fifth goal of the season.

- Commesso opened the next period with a nifty kick save to keep the Terriers ahead.

- Phillips became the third Terrier to ring the left post early in the second stanza, with Brown joining that unlucky group during a Terrier power play later in the frame.

- Commesso made 14 stops in the second period to ensure BU kept its 1-0 advantage entering the final 20 minutes.

- O'Brien pushed his point streak to four games and has scored a goal in three straight contests.

- After missing the final three games of the first semester, O'Brien has notched three goals and five assists for eight points since returning to the lineup on Dec. 31.

- Brown has also lit the lamp in each of the last three games, recording four total points in that span.

- Commesso owns a 1.46 goals-against average and a .950 save percentage in his six starts during the Terriers' seven-game unbeaten streak.

- BU has now killed 22 straight penalties after its 1-for-1 performance on Friday.